Exactly Where Are The Poconos? 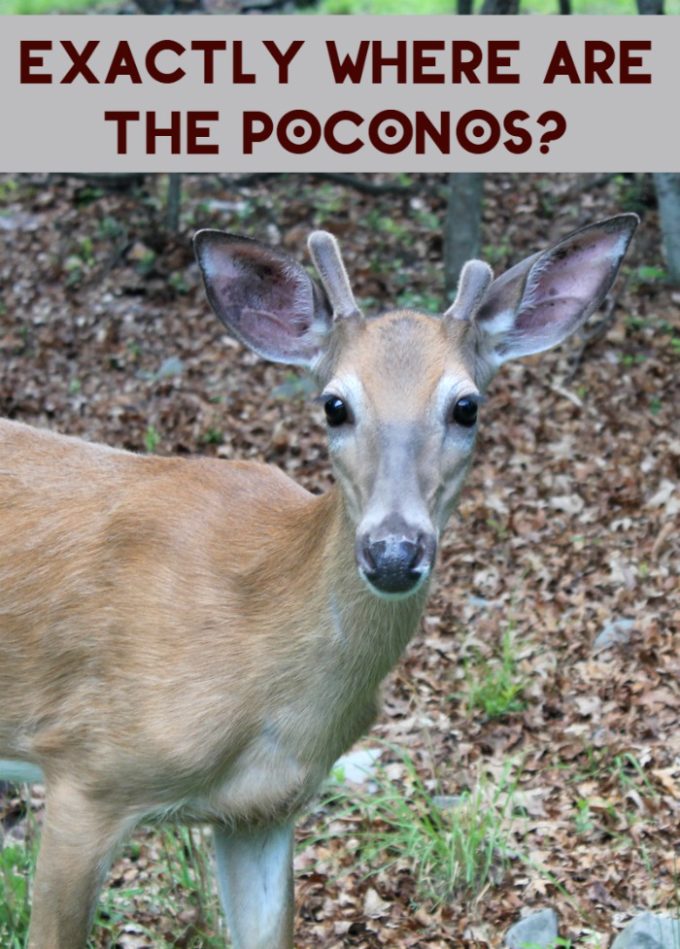 Exactly where are the Poconos?  That’s a question I get asked pretty often. It surprises me because we’re kind of a big tourist destination. I just assume everyone knows where we are, like people from, say, the Ozarks, assume the rest of us know exactly where they are. To be honest, I have a vague idea of where the Ozarks are, but couldn’t really point to them on a map.

The Poconos, first and foremost, are in Pennsylvania. For those on the other side of the world who do not know US geography, we’re in the Northeast. We’re the yellow blob on the map below. Sorry, I stink at graphic programs. I tried to trace the state all pretty, but I’m pretty sure I cut off a few towns in the lower-west portion. I don’t think anyone lives there anyway.  In any case, the Poconos are not down there, so it’s not relevant. So Where Are the Poconos?

Now that you know where PA is, and a little about our wacky little Commonwealth, it’s time to figure out where the Poconos are. Well, that answer varies depending on who you ask. We make up a good chunk of Northeastern PA, and technically places like Wilkes-Barre and Scranton are part of the Poconos. But vacationers typically come to a much smaller section in Monroe and Pike Counties. The map below shows the actual Poconos. I used a blue line to indicate where the unofficial Poconos actually are (everything to the right of the line, or basically to the right of I81). I even circled my town in red for you, cause I’m crafty like that. Fun Facts About the Poconos

Despite my joking about NY and NJ drivers , over-population on the weekend, and lack of remaining wooded wonderlands, I really do like my area for the most part. Except on weekends and holidays. Then I find myself wishing I lived in some little idyllic town with a single dirt road down the middle of it.