Keeper of the Lost Cities Summer Reading Series for Tweens 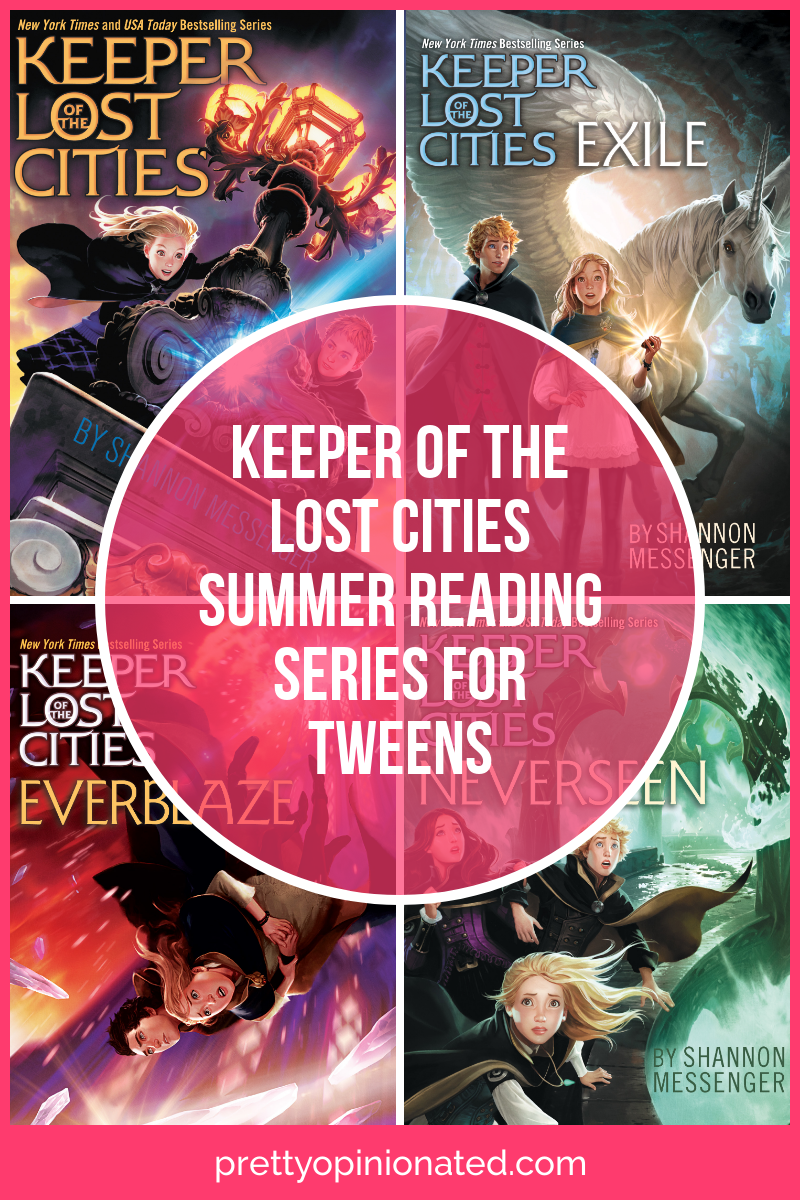 Thank you to Simon & Schuster for partnering with my on this Keeper of the Lost Cities post and giveaway. All opinions are my own. Looking for the perfect summer reading fantasy series for tweens? With 7 books totaling over 4,000 collective pages, the Keeper of the Lost Cities series will keep them lost in a good book all season long! The best news? They won’t have to wait long to find out what happens next. The 8th book in the series, Legacy,  releases on 11/5/2019.

Read on to learn more about this fantasy series for fans of books like Harry Potter and The School of Good and Evil, plus don’t miss the giveaway at the end!

What is Keeper of the Lost Cities About? FYI, this post contains affiliate links. If you make a purchase, I earn a small commission at no extra charge to you. Thanks!

I’ve seen SO many MG series calling themselves the next Harry Potter, but very very few deliver on the promise. Messenger succeeds with Keeper of the Lost Cities because rather than trying to actually be the “next Harry Potter,” she’s offered a completely new and equally engaging world to explore. Take a look at the blurb, then read on to find out why it’s a must-read for tweens this summer.

Get hooked on the New York Times-bestselling series that’s taking the world by storm!

When Sophie Foster discovers she’s an elf from the Lost Cities, she embarks on an incredible adventure, discovering new abilities, and making new friends. But the secrets of Sophie’s past were buried for a reason and the truth she uncovers could put all of the worlds in danger.

As mentioned above, the series currently includes 7 books, with an 8th one releasing just in time for the holiday season. Here they are in order: 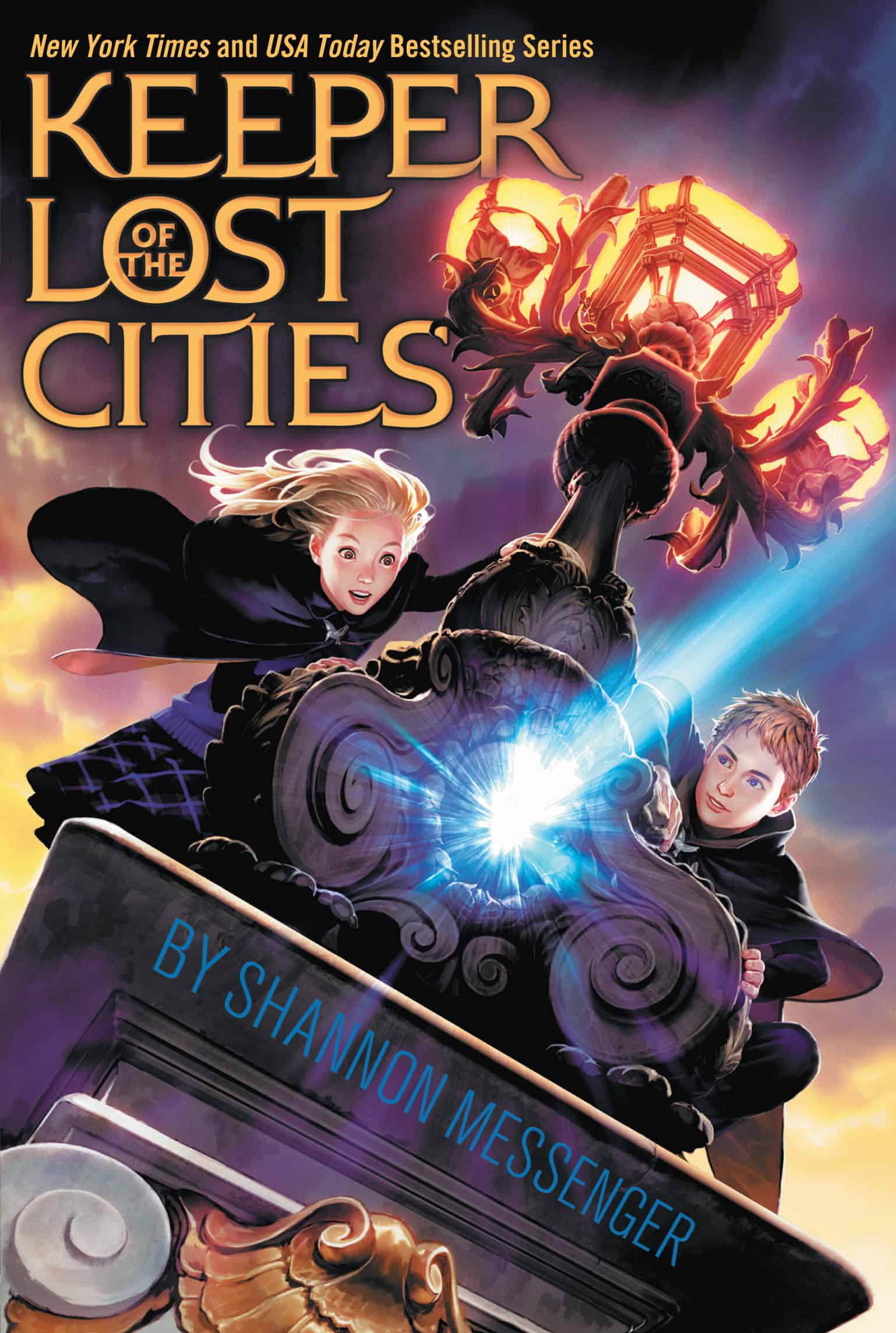 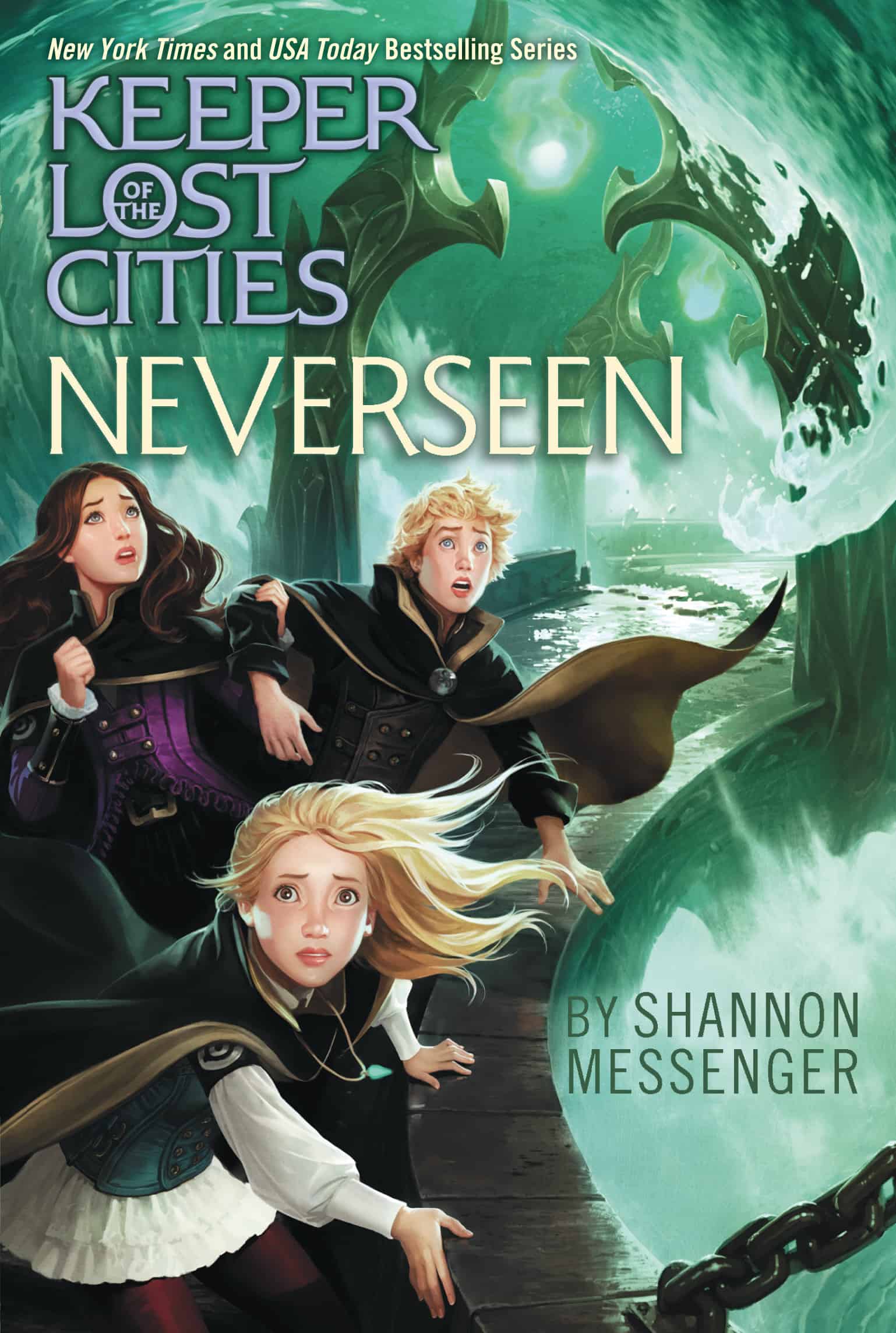 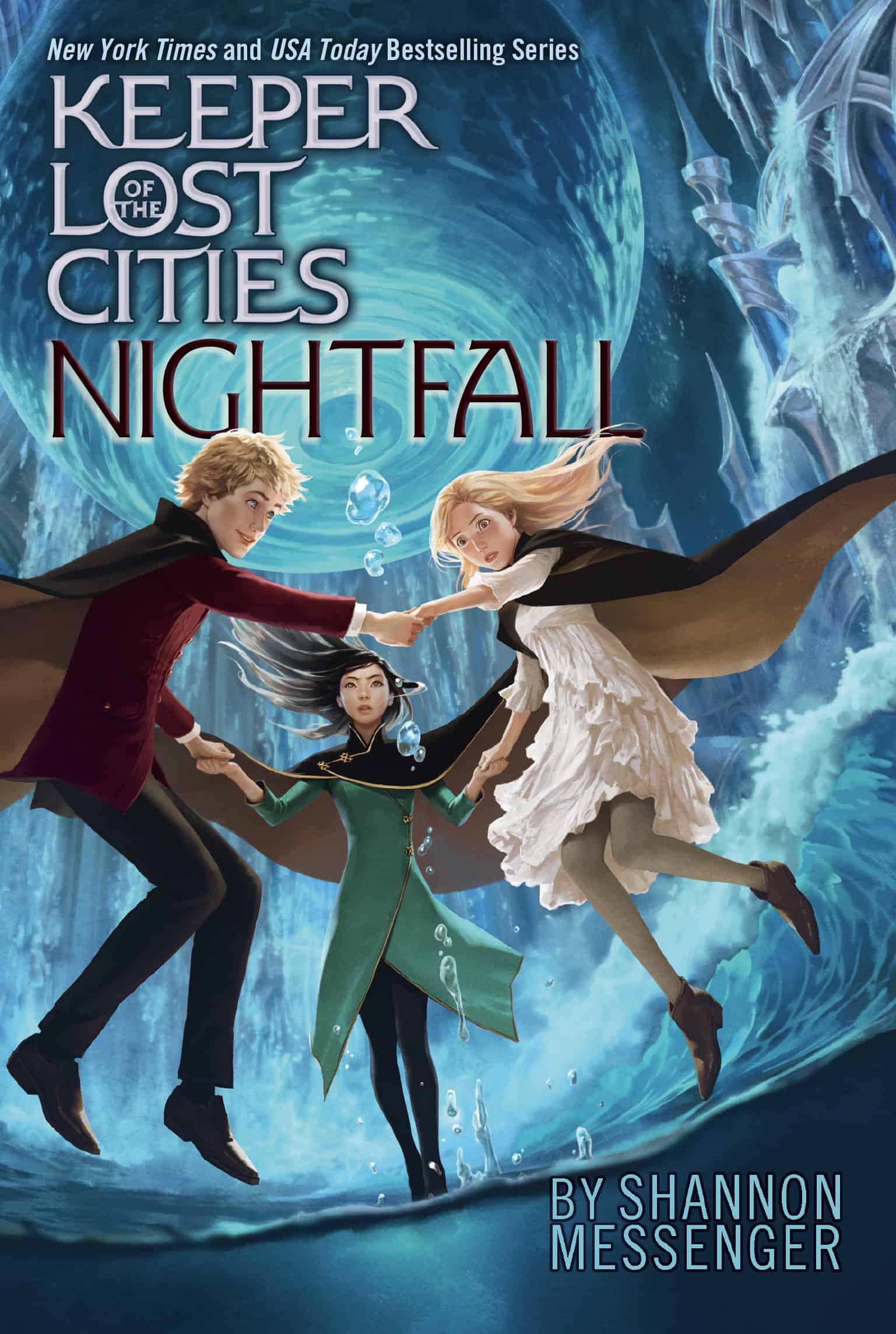 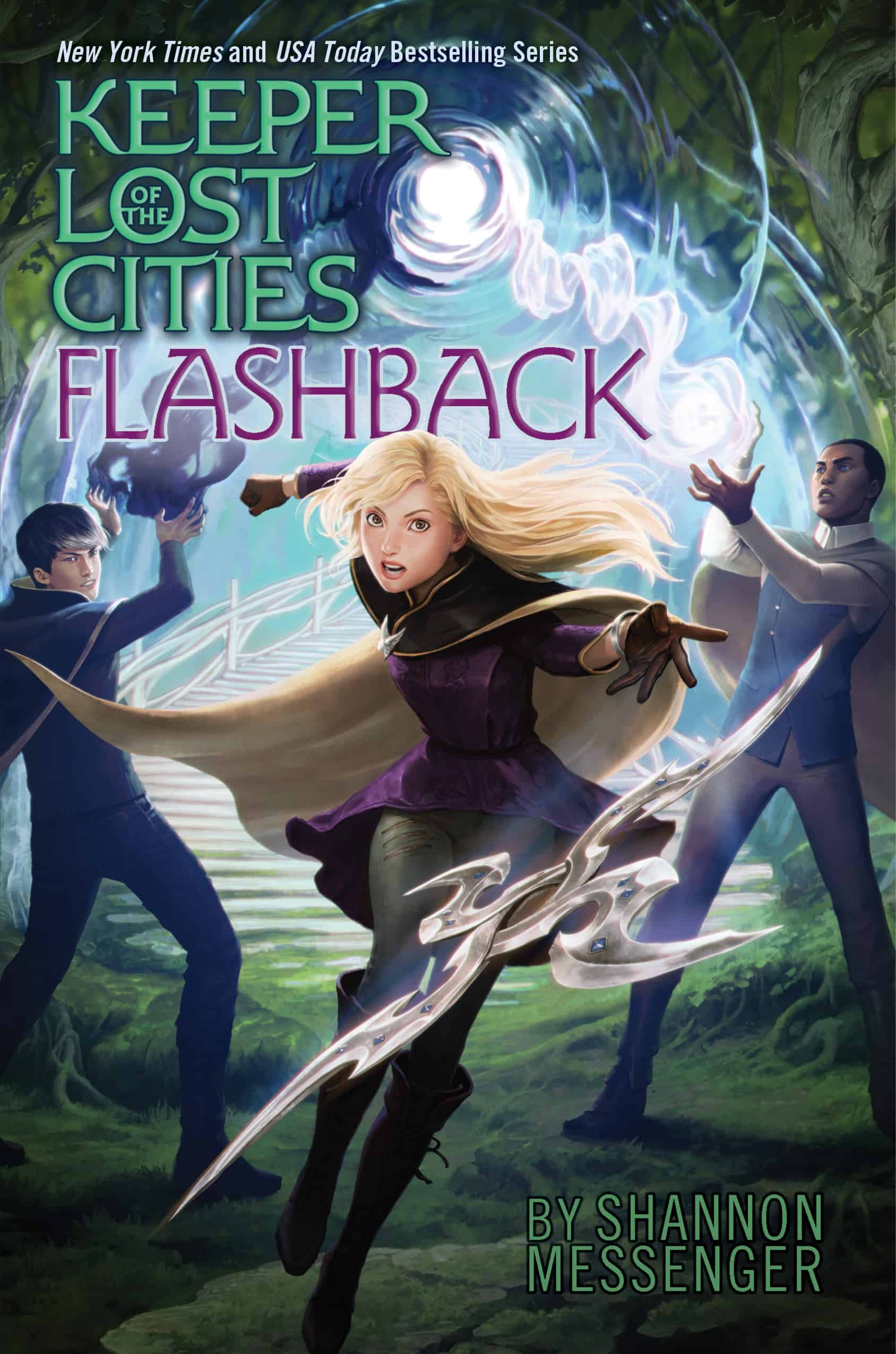 As mentioned above, Book 8: Legacy

Take a peek at the cover!

Here it is—the gorgeous cover of LEGACY!!!! (illustrated by @jasonchanart—and designed by Karin Paprocki). AND BEFORE YOU STOP READING TO STARE AT THE SHINY—WAIT! I HAVE MORE BIG NEWS! 🌟🌟🌟 The first edition of LEGACY (meaning ALL the copies from the original printing of the book) will have some very special extra bonus content! I will share more info soon, but the first edition will only be available WHILE SUPPLIES LAST, so the best way to get a copy is to PRE-ORDER from ANY retailer. 🌟🌟🌟 Okay, now back to the cover! I LOVE IT SO MUCH!! 😍 The outfits! 😍 The facial expressions! 😍 The handholding! 😍 How powerful my little girl is—and how ridiculously handsome my boys look! 😍 In case you can't tell, this is Sophie, Keefe, and Fitz! And I know there's always debate over who you're hoping will be on the cover. But remember: covers are about the *scene*. We have to find an image that embodies the *feel* of the story. And there was absolutely no better way to capture the feel of this book than a scene where the three characters wrestling with various "legacies" must work together to face an unseen enemy. 💖💖💖 No, I won't tell you who they're fighting. Or why they're in London (though those who've read FLASHBACK might have some theories—please don't spoil in the comments for those who haven't read). And since I'm sure you're all wondering what Sophie's doing, I will say that she's Inflicting. And that's ALL I'm going to tell you. The rest you'll find out when you read. And again, please keep all spoilers out of your comments. Save that for your own feeds. 🌟 And now, I NEED to get back to writing. But I'm probably going to stare at this for a few more seconds because 😍😍😍! #kotlc #keeperofthelostcities #shannonmessenger @simonkids

What makes Keepers of the Lost Cities the must-read series of the summer?

First of all, Keeper of the Lost Cities is that rare gem of a series that is both girl and boy friendly. Like Harry Potter, Sophie has a diverse group of friends, so tweens are pretty much guaranteed to see themselves in at least one of the characters. Fans of Hermione Granger will definitely adore Sophie Foster. She has the same bravery, intelligence and complexity that made Rowling’s heroine so appealing.

Tweens and teens who adore a good love triangle won’t be disappointed, either.  Sophie has two main love interests and many fans root for one or the other, considering themselves either “Team Keefe” or “Team Fitz.” Since the series begins when she’s 12 and continues over the course of a few years, readers get to see the love triangle grow and evolve naturally. If your tween isn’t really into love stories, don’t worry: it’s a secondary plot. You won’t see Sophie go catatonic just because a boy didn’t pay adequate attention to her. 😀

Although the setting is otherworldly, the themes are things that all tweens can relate to. Some of the major themes throughout the first 7 books include:

Like other successful middle grade series (Harry Potter again, pretty much anything by Riordan, etc), the moral and ethical lessons aren’t thrown in your face, but rather discovered through great storytelling. In other words, Messenger doesn’t just repeat “It’s okay to be different,” but rather shows you a strong set of characters who make this discovery throughout their journey.

While the series is geared towards tweens, like all the best MG fantasy series it’s also a fun read for adults. I suggest reading it along with your kids and discussing it together, a la family book club style!

It’s easy to see why Keepers of the Lost City has over 1 million books in print worldwide, and why Shannon Messenger has such a devoted fanbase. FYI, she shares a lot of great content on her  Instagram page, including character art, teasers for upcoming installments, answers to fan questions, and more.

Been a hectic few weeks (that’s why I haven’t posted much), so I recently started doodling again—such a great way to clear my head. And I love this one so much, I might have to see if there’s a way to write the design into LEGACY. (It’s a black swan and a young moonlark, with Panakes branches overhead) *brainstorms* . And I know you guys are still super eager to see the cover. The artist is still working on it so we shall all have to keep being patient! #shannonmessenger #keeperofthelostcities #kotlc

Shannon Messenger is hosting a summer series read-along from June 10th – July 29th with the designated hashtag #KeeperReadAlong. Each of the 7 weeks will be dedicated to a book (in series order) with a kickoff from Shannon on Mondays plus a post answering a fan’s question about that book the following Sunday.

Connect with Keeper of the Lost Cities Shannon Messenger graduated from the USC School of Cinematic Arts, where she learned—among other things—that she liked watching movies much better than making them. She’s studied art, screenwriting, and film production, but she realized her real passion was writing stories for children.

She’s the New York Times and USA Today-bestselling author of the award-winning middle grade series, Keeper of the Lost Cities, as well as the Sky Fall series for young adults. Her books have been featured on multiple state reading lists, published in numerous countries, and translated into many different languages. She lives in Southern California with an embarrassing number of cats.

Find her online at ShannonMessenger.com.