20 Fantastic Shows Your Kids Can Watch Free on Kabillion 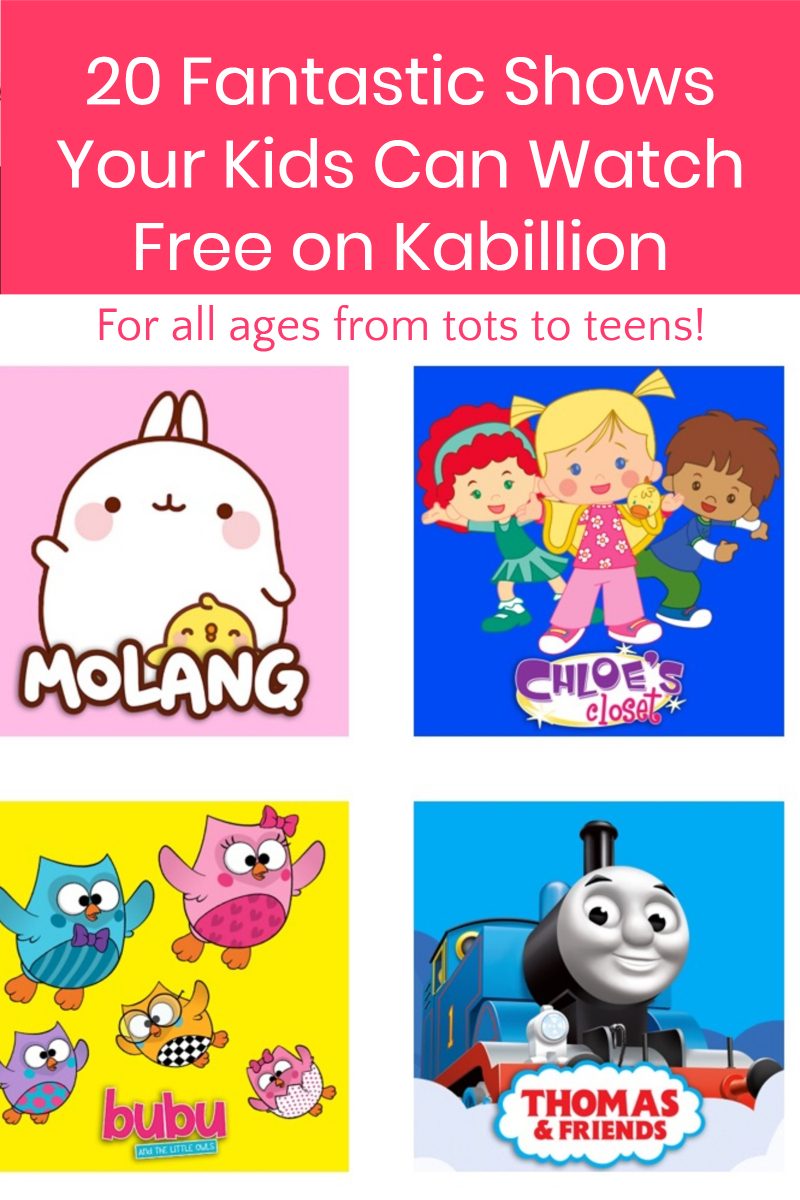 Finding free streaming content isn’t exactly a challenge these days, especially with new services emerging every day. Finding GOOD free streaming content for kids that isn’t loaded with inappropriate ads? That’s where it gets tricky.  Fortunately, Kabillion offers a fantastic FREE family-friendly platform that’s loaded with all the cool shows kids want to watch without the junk you don’t want them seeing. Read on to learn more and find out where you can watch it!

*While I did not receive money, Kabillion did send me a complementary Roku and other movie night essentials in exchange for sharing. This post also contains affiliate links. All opinions are always my own.

What is Kabillion and Where Can You Find It?

Kabillion is a family-friendly streaming platform with “kabillions” of fantastic shows for kids from tots to tweens. The platform launched back in 2007 and has continued to expand & evolve over the last dozen years.

It’s available as a free app on Roku

(so you can watch it on the go)! It’s also available as a free VOD service with most major cable providers. I found it very quickly on Roku and had it loaded up within minutes! 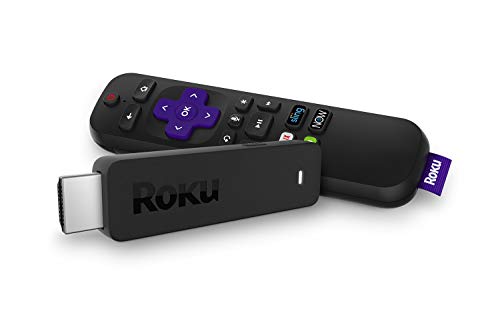 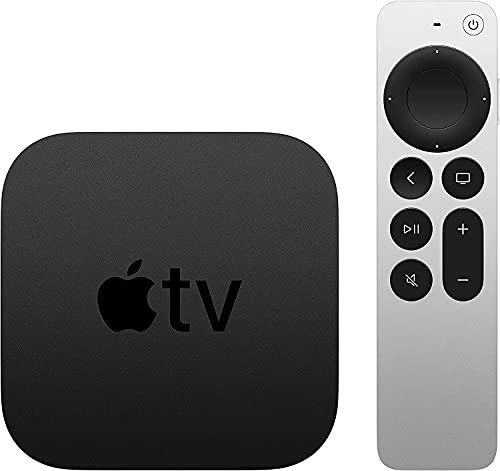 They also have a YouTube channel with clips from their top shows as well as a few full-length episodes as well as a relatively new (launched in April of this year) Twitch channel.

The best thing about Kabillion- aside from the fact that it’s free- is that it actually has really great kids’ shows.You’ll even find some of your favorite childhood shows (like Gumby!).  Too often, free platforms are loaded with weird shows that no one has ever heard of let alone wants to watch.

So, what’s good to watch on Kabillion? Keep reading for 20 fantastic kids’ shows for all ages!

Kabillion has great content for kids from tots to tweens! Below you’ll find just a small sample of the best shows to watch totally free. I’ll break it down into age groups to make it easier on you. 😀

Kabillion has about 15 different kids shows for tiny tots. Below are my top picks, along with a quick overview of what kids learn from each show as well as a short video clip so you can check it out.

This super cute show about a round fluffy bunny helps teach kids how to find joy in everyday moments.

Chloe’s Closet is a fantastic show for teaching kids about using their imaginations, since the main character uses her dress-up closest to imagine fun new worlds and adventures.

3. Bubu and the Little Owls

How stinking cute are those owls??? These owls may be little, but they are absolutely fearless. They teach kids that even the tiniest voices matter.

A show that I know all too well from my days of babysitting my cousin (who is now a full-grown adult, so how old do I feel now), Thomas takes the “I think I can” message of The Little Engine That Could

and puts it into a whole new perspective that continually appeals to new generations of kids.

If you’re looking for the original 1980s My Little Pony, here you go! This isn’t the modernized CGI version, it’s the classic that we grew up watching and loving! Well, those of us that were alive in the 80s, anyway. The original My Little Pony teaches kids about kindness, empathy, respect for others, and team work.

Kiwi & Strit are two very different friends who still manage to always have a blast together! Along with just being a fun show for little kids, it teaches them that you don’t have to always agree with people to enjoy their company.

Yep, it’s the Gumby our parents (or maybe even your grandparents!) grew up watching. We’re talking old-style claymation, as in someone actually spent the time making each and every movement by hand Gumby. Neat, right? Share this classic show about two can-do pals with a whole new generation, thanks to Kabillion!

Bobby’s World came a little after my childhood years but before my babysitting era, so it’s not one that I remember. This 1990s show teaches kids how an ordinary day can become extraordinary if they just use their imagination.

While I’m not a fan of shows that use baby talk (Teletubbies, I’m looking at you), Cloudbabies is still an adorable show for the tiniest of tots. The cute little baby-like creatures help take care of the sky. It teaches teamwork and empathy, although honestly it’s more of a visually appealing show than an educational one, since it’s designed for very young kids.

Oddbods is an Emmy-nominated show out of Singapore that focuses on colorful little monsters, each with an entirely different personality. It primarily teaches kids about the benefits of diversity, using humor and the monsters’ crazy antics to get the message across.

Kabillion actually has more shows for this age group than for the tiny tots, so it was super hard to narrow it down to just 10! Rather than just pick shows that we like, I included a good mix for all viewing tastes.

Pokemon has been around for what seems like a million years! I remember buying cards when I lived in Japan 20 years ago and sending them back to people in the US. I really wish I had bought more to hold onto! Anyway, Pokemon:Diamond and Pearl is the 10th season of the hit series (show, game, mega cultural icon, etc) and follows Ash on is adventure in the Sinnoh region.

This Cartoon Network show first aired back in 2010 and focuses on a team of heroes trying to reunite humans and animals in the Hidden Kingdom, a land where they once lived in perfect harmony.

Kabillion has this terrific “girl power” thing going on, with plenty of shows designed just to show girls how strong and powerful they can be. Miraculous is a part of that mission. By day, Marinette and her friend Adrien are typical teens. By night, though, they become superheroes who protect Paris with the help of their magical pals, the Kwami.

14. Sabrina: Secrets of a Teenage Witch

Another one of Kabillion’s girl power shows, Sabrina is an updated CGI version of one of my all-time favorite shows (the original Melissa Joan Hart one, although I am loving the creepy Netflix one, too). The half witch/half human superhero battles the forces of darkness while trying to keep her identity a secret from the mortal realm.

If you grew up in the early 90s, there’s a good chance you spent an inordinate amount of time collecting gold rings and avoiding sharp objects in the original Sonic the Hedgehog game. I know I did! The Sonix X TV series debuted over a decade later in Japan, back in 2003. While it only lasted through 52 episodes there, the show continued for another season in the US and other parts of the world.

The second main spinoff from the original series turned card game (or vice-versa in the US), Yu-GI-Oh! 5D’s is set in the future, where teens duel with motorcycle-like machines. The series ran for about three years and inspired a new aspect called Synchro Summoning to the card game.

Wendy follows the life and fairly realistic adventures of a 15-year-old equestrian who lives at Rose Valley, a riding school owned by her dad. I love this “girl power” show because Wendy is entirely human. While I adore superheroes, I think we definitely need a few shows to balance things out and show girls that you don’t need powers to be powerful.

Transformers is another toy-turned-show that brings back fond childhood memories. My littler brother had an army of Autobots. When he wasn’t around, I’d break them out and have them join Barbie on her adventures! 😀 This particular incarnation of the series ran from 2010-13 and introduced three teens- Jack, Miko and Raf- who accidentally discovered the Autobots’ secret.

If your kids are wrestling fans (mine really isn’t, and neither am I), they’ll love this short-lived series about the WWE superstars and what happens when they get fired & need to find day jobs.

LEGO Ninjago is a show that I know pretty well, since Jake was super into it for a while. In fact, even at 14 he’ll sometimes load up old episodes (through Kabillion on demand) and binge-watch them for old time’s sake. Kabillion also runs LEGO Knights & LEGO Friends for older kids, and LEGO City for tinier tots.

With so many great shows and more being added all the time, Kabillion offers families a fantastic way to find great kids’ entertainment anytime, anywhere. Plus, it’s 100% free! You can’t get much better than that!