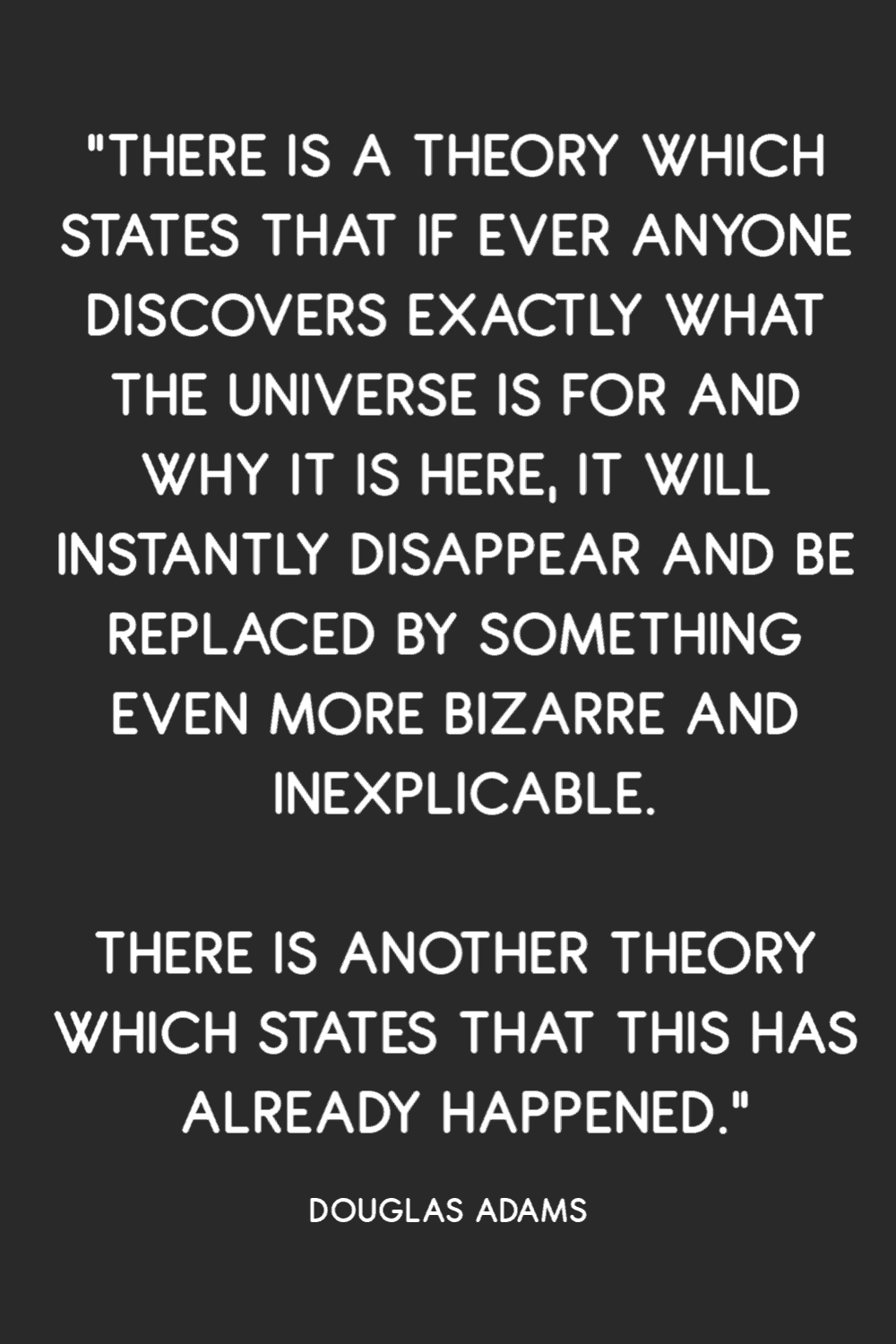 I think we could all use a little dose of humor in our lives right now, right? With that in mind, below are 25 just plain funny quotes to help brighten your day! Some are even oddly inspirational!

Life has definitely been challenging (to say the least) over the last couple of weeks. It’s crazy how quickly things can get out of control. We went from “It’s no big deal, stop buying all the damn hand sanitizer and toilet paper” to “we urge you to stay home as much as possible” to “we’re shutting down literally everything we can to get you to stay home” to “we’re not asking, we’re telling.” People are even being arrested for getting married in their back yards for violating the new crowd restrictions.

So yeah, I definitely think we could all use a humor break. Laughter may not be the best medicine in the fight against the virus, but it’s the best mental health medicine!

Funny Quotes to Brighten Your Day

I’m not going to spend a lot of time talking about each quote like I did with the Inspirational Quotes from Strong & Empowering Women post earlier this month. I’ll let them speak for themselves. 😀

I added the quote below each image this time, for those of you who can’t see the picture…or for those working on your own humor quotes posts that want to copy and paste.

Hey, it’s not like I own these quotes (I do, however, own the images since I made them all by my little self), so go for it!

1. Not so sure about the universe

“Two things are infinite: the universe and human stupidity; and I’m not sure about the universe.” – Albert Einstein

“Never put off till tomorrow what may be done day after tomorrow just as well.” – Mark Twain

4. The trouble with an open mind

“The trouble with having an open mind, of course, is that people will insist on coming along and trying to put things in it.” ― Terry Pratchett

5. The reason I talk to myself

“The reason I talk to myself is because I’m the only one whose answers I accept.” ― George Carlin

6. It’s the people that are the problem!

7. You’ll die of a misprint

“Be careful about reading health books. Some fine day you’ll die of a misprint.”― Markus Herz

“All God does is watch us and kill us when we get boring. We must never, ever be boring.” ― Chuck Palahniuk, Invisible Monsters

“Never memorize something that you can look up.” ― Albert Einstein

“There are two motives for reading a book; one, that you enjoy it; the other, that you can boast about it.” ― Bertrand Russell

“There is a theory which states that if ever anyone discovers exactly what the Universe is for and why it is here, it will instantly disappear and be replaced by something even more bizarre and inexplicable.

There is another theory which states that this has already happened.”
― Douglas Adams, The Restaurant at the End of the Universe

“If at first you don’t succeed, try, try again. Then quit. No use being a damn fool about it.” ― W.C. Fields

“Never let your sense of morals prevent you from doing what is right.” ― Isaac Asimov, in Foundation

14. This explains the existence of banned books

“Stories of imagination tend to upset those without one.” ― Terry Pratchett

15. The best advice ever

“Begin at the beginning,” the King said, very gravely, “and go on till you come to the end: then stop.” ― Lewis Carroll, in Alice in Wonderland

“I suppose I’ll have to add the force of gravity to my list of enemies.” ― Lemony Snicket

17. Nothing is totally not impossible!

“People say nothing is impossible, but I do nothing every day.” ― A.A. Milne (said by Winnie-the-Pooh)

18. The real reason why aliens never visit us

“I’m sure the universe is full of intelligent life. It’s just been too intelligent to come here.” ― Arthur C. Clarke

“Some people say, “Never let them see you cry.” I say, if you’re so mad you could just cry, then cry. It terrifies everyone.” ― Tina Fey, Bossypants

“Every now and then I like to do as I’m told, just to confuse people.” ― Tamora Pierce, Melting Stones

21. In other words, we need to be fools to become wise

“Wisdom comes from experience. Experience is often a result of lack of wisdom.” ― Terry Pratchett

23. Trick them when they’re not paying attention

“Because you can’t argue with all the fools in the world. It’s easier to let them have their way, then trick them when they’re not paying attention.” ― Christopher Paolini

25. A little piece of “gallows humor”

“As long as we don’t die, this is gonna be one hell of a story.” ― John Green, in Paper Towns

Sorry, I know that last one is a little too on-the-nose, but that’s why it’s called “gallows humor.”