Looking for a hot new romantic read to get you through a rainy weekend? Check out GOLDILOCKS by Jay Crownover! 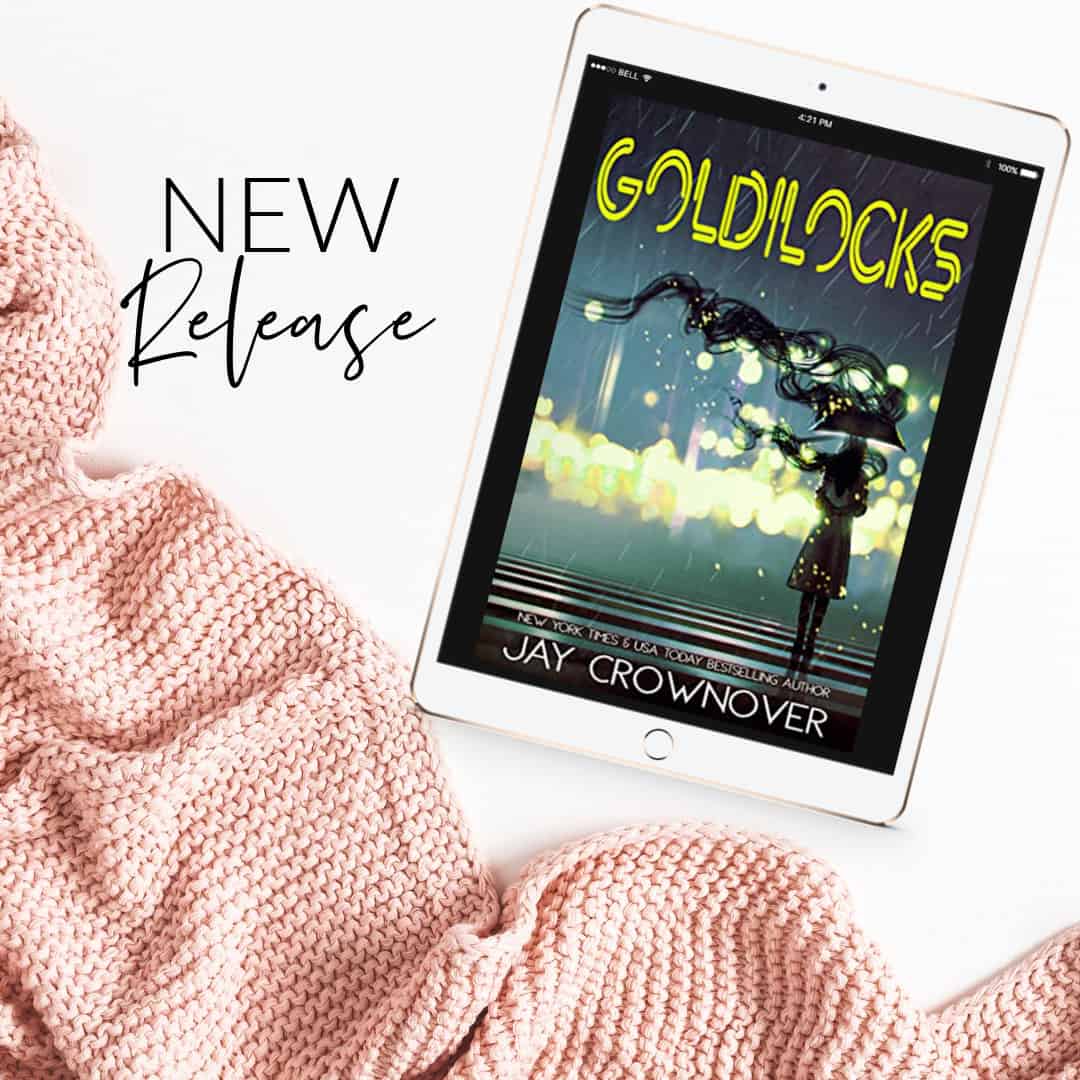 FYI, this post contains affiliate links. If you buy through them, I earn a small commission. Thanks!

For Olivia Adams, the world has always been too big or too small.

Forced to live her life caught between what she wanted for herself and the unfair choices and crazy obsession of those around her for as long as she could remember, Ollie has always felt confined and trapped.

It was hard for her to imagine a future beyond the crushing control of those who wanted to make sure she paid the price for her role in a tragic accident that ruined several young lives. However, having no hope and living in a constant state of fear never stopped Ollie from dreaming of different ways to break free and how to reunite with the one person who always made her feel safe. Huck is the only one who ever made her feel like there was a place in his world, right by his side, that would fit her just right.

The world has always forced Huck Snyder to be a guy who runs either too hot or too cold.

Unwanted and barely tolerated, his temper burned hot and bright, often leading him into trouble. After the accident, he was tossed out, disowned, and forced to fend for himself. Struggling to survive, Huck quickly realized the only way he would make it was to freeze out every single memory and moment from his past. Especially those surrounding Ollie.

He allowed his heart to harden into a block of ice and refused to let anyone close enough to melt it. Years have passed, and Huck has adjusted to the constant cold that permeates through his new life. He was in no way prepared for the only girl who could ever control his inner fire to show back up. Ollie is on the run and doesn’t seem to mind the chilly reception she receives when she shows up unannounced on Huck’s doorstep.

Fire and ice no longer define Huck because when he’s with Ollie, it’s easy to remember that the temperature between the two of them has always been just right.

Grab your copy now on Amazon

Jay Crownover is the international and multiple New York Times and USA Today bestselling author of the Marked Men Series, The Saints of Denver Series, The Point Series, Breaking Point Series, and the Getaway Series. Her books can be found translated into many different languages all around the world. She is a tattooed, crazy-haired Colorado native who lives at the base of the Rockies with her awesome dogs. This is where she can frequently be found enjoying a cold beer and Taco Tuesdays. Jay is a self-declared music snob and outspoken book lover who is always looking for her next adventure, between the pages and on the road.