Make Your Halloween Party a Hit with PAPYRUS

I received promotional items from PAPYRUS in exchange for an honest review. All opinions are my own. Halloween is less than two weeks away! That means it’s time to kick your Halloween party planning in to high gear. Seriously, you’re running out of time!! Am I stressing you out yet? Good, join the party! I haven’t even gotten my son’s Halloween costume yet, let alone my own! We’re planning on attending a Halloween party this year at Sal’s sister’s house. She always throws great parties, so I’m really excited about this one! I haven’t been to a costume party in years! Thanks to PAPYRUS, I do have at least one element of my Halloween costume ready, though: a really cool super duper witches hat! Yes, I’m totally going as myself: a witch! The good kind though, not the misguided Halloween version.

The details in the Witch Hat are awesome! This isn’t your boring dollar store black hat (not that there’s anything wrong with those in a pinch)! It’s made from high-quality materials, so it’s not a one-hit wonder hat. You can wear it to all your parties and put it away for next year! I love the shimmery skull on the front, it definitely adds an element of creepiness. My favorite part, though, are the lacy ribbons with the big sparkly polka dots. All I need now is a black dress or something to wear with it. PAPYRUS also has me covered with a really cute cupcake kit! I’m planning to make fun cupcakes for the party. I am horrible at decorating with icing, so I love kits like this that don’t require you to be a Martha in the kitchen to make something awesome!  Check out these super adorable and fun cup cake liners: Each kit comes with 48 cupcake liners and 24 fun toppers. That’s definitely enough to go around! I love that the kit comes with several different styles of both toppers and liners, so you’re not stuck with all one design. The liners are also nice and thick, so they’ll hold up to being transported and sitting out on a serving tray all evening.

Aside from the fun witch hat and the awesome cupcake liners, PAPYRUS has so many other cool goodies for your Halloween party. I had such a hard time choosing my favorites! They have everything from party plates to really cool serving trays. Take a look at a few of the other items you’ll find at PAPYRUS. The Owl serving tray is probably my other favorite item, although that little witch is pretty adorable too! 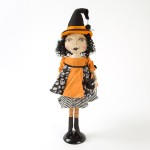 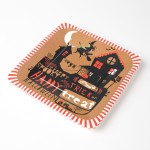 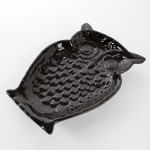 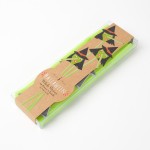 You’ll also find fun cards and gift wrap options for your Halloween party. Right now, you can save 20% off Halloween items at PAPYRUS! No code needed, prices are already discounted.

Of course, PAPYRUS isn’t all just about Halloween! Spend a little time exploring the PAPYRUS site while you’re shopping for your Halloween party needs. They have a great section of holiday items too, including really charming gifts for everyone on your list. Follow PAPYRUS on Facebook and Twitter to keep up with exciting news and specials!