The Bumpy Road to Conception: Trying to Conceive When Your Body Doesn’t Play Fair 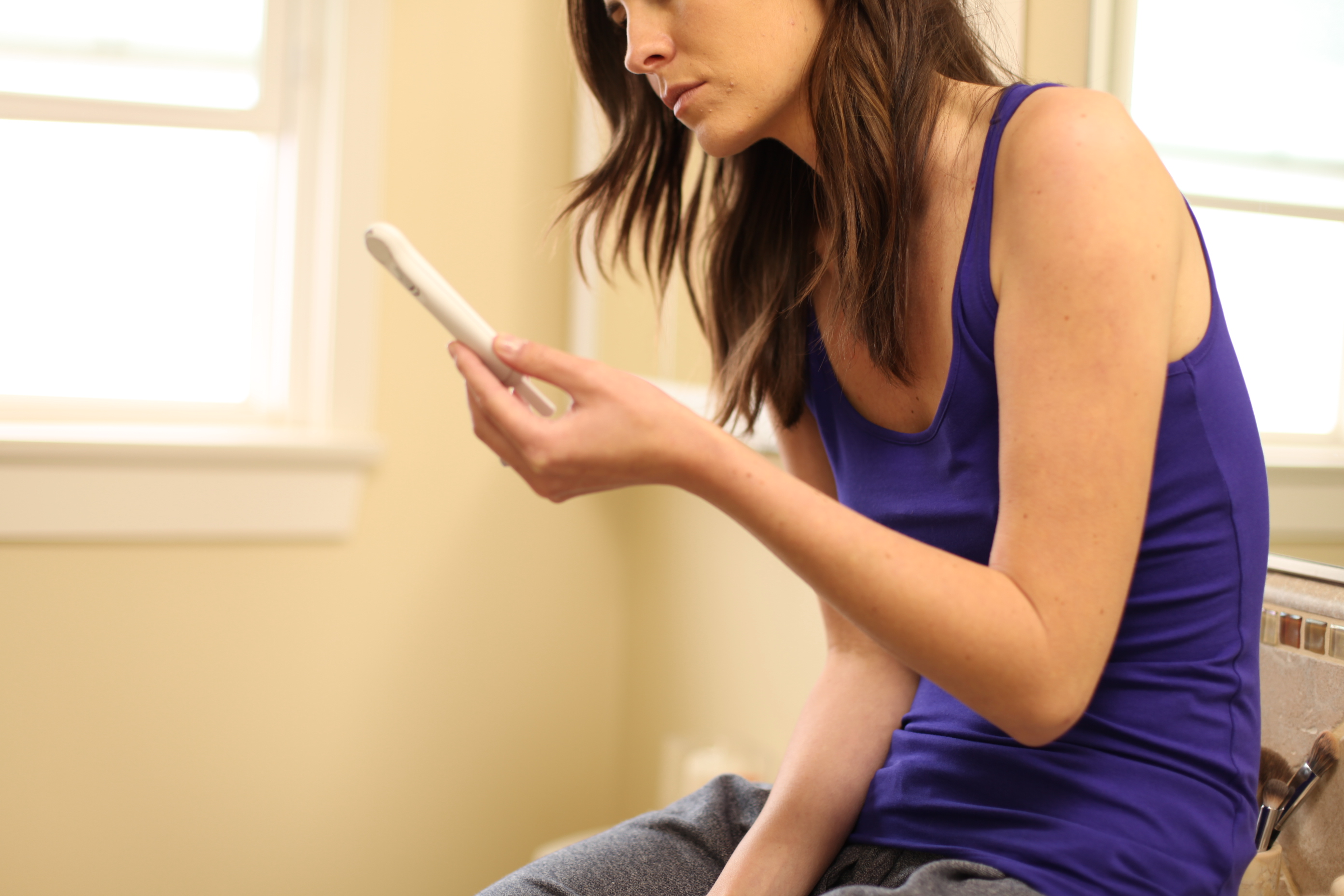 I’ve shared bits and pieces of the very long and bumpy journey that I took to conceive my son, but I don’t think I ever really gave you the whole story. Don’t worry, I’m not going to do that now! It’s a six-year story, it would take chapters to go through! I do, however, think it’s time to share with a few of the highlights (or, as they were, lowlights) from my unwanted adventure through the world of trying to conceive. Consider it therapy for me and, hopefully, a little comfort for those of you who are going through it now.

The Infertile Sheep in a Family of Fertile Myrtles

I’ve always been a bit of a “black sheep” of the family. I was a punk-rock goth girl who shaved the back of her head and dyed her hair purple at 15. I went to $5 indie punk shows at the local VFW while my friends were paying top dollar to get into huge-name concerts. I never expected to be the black sheep when it came time to start a family though. Everyone else in my family got pregnant the moment they started trying, so I just assumed I would too.

I started when I was 23, just after I got married. My husband (now ex) was in the military and we were living in Japan. Everyone around me was having babies and I was ready to be a mom too. I figured I’d announce to my body “okay, let’s get pregnant” and that would be that. Naive? Maybe, but hey, it sounded like a plan to me! Six months later, I started thinking something was wrong.

Trying to conceive when your body doesn’t play fair

Let me tell you something, I SUPER lucked out, because the new base OB/GYN happened to be a fertility specialist before she joined the military (or become one while she was in, in either case, she was a specialist). She started working with me after I tried-and failed-to get pregnant for six straight months. We started with charting. If you’ve been TTC for even a couple of months, you know ALL about charting. I was horrible at it, but I tried! The problem: I rarely remembered to take my temperature before getting out of bed and never got up the same time every day.

After charting failed miserably, she had me do ovulation predictor kits (OPKs). Those were easier. They’re just like pregnancy tests, except they turn positive more often. When they do, it’s time to hit the sheets, my friends! Sometimes, though, you’re not really in the mood for sex at the same time as your ovaries say you should be. I really wish we had Astroglide TTC Trying to Conceive™ back then, because all the personal lubricants on the market in my TTC days were total sperm killers. When that didn’t work, she did testing. Oh, the testing, testing, testing! The worst was the HSG, in which they shoot dye through your Fallopian tubes to make sure they’re not blocked. Not fun at all. All these tests were inconclusive. She could find no reason why I wasn’t conceiving a baby. I was a mystery case. She determined that I didn’t need medication because I was ovulating, but she couldn’t recommend any other course of action other than to keep charting (UGH), keep using OPKs and keep trying.

Six years of that and I finally decided I was going to try fertility medicine, just to see. After all, nothing else was working, so why not? I ended up conceiving on the first cycle of the lowest dose. Guess my ovaries just needed an extra kick! With fertility meds, you have to time your baby dancing pretty well. Maybe not down to the minute, but at least to the day. It’s very clinical. Not romantic at all. When that OPK came up positive, I said “let’s go.” We went, even though neither of us were really in the mood. Again, it would have been great to have Astroglide TTC™ to help get things moving.

When you’re trying to conceive, making sure your partner’s sperm can actually survive in your “environment” is pretty important, don’t you agree? While most personal lubricants are toxic to sperm, Astroglide TTC™ is specially formulated with adjusted pH levels, osmolality and a consistency more like your own cervical mucus. I barely passed college Chemistry, so I couldn’t tell you the science behind it, but basically, it makes your environment a happier place for sperm to swim through. That, my friends, means the little swimmers have a better chance of making it to your egg. Also, in case they get tired, Astroglide TTC™ contains fructose, the main source of energy for sperm, as well as galactose, a substance naturally found in semen. Each package contains 8 pre-filled disposable applicators that make it easy and convenient use.

My trying to conceive journey had a happy ending. That “happy ending” just turned 10 last month! Check him out now!

Those six years were the roughest of my life. In the end, it was worth it, but I wouldn’t wish them on anyone else. Sadly, many women are in the same boat. Just know that you have people routing for you! My past trying to conceive journey began sixteen years ago, a time when we had far fewer options to help make the journey more comfortable. I’m not saying that today’s options take the sting out of a difficult journey, but it’s so reassuring to know that people like Astroglide TTC™ are looking out for the TTC community!

Learn more about Astroglide TTC™ and how they can help your journey by using their product locator to find out where you can buy it. Check out the Astroglide TTC™​ Facebook and Pinterest pages to keep up with news and get inspiration. Already tried it? Share your testimonial!

If you could offer one tip to someone who was just starting the TTC journey, what would it be?

Astroglide TTC™ sponsored this blog post. The opinions and text are all mine