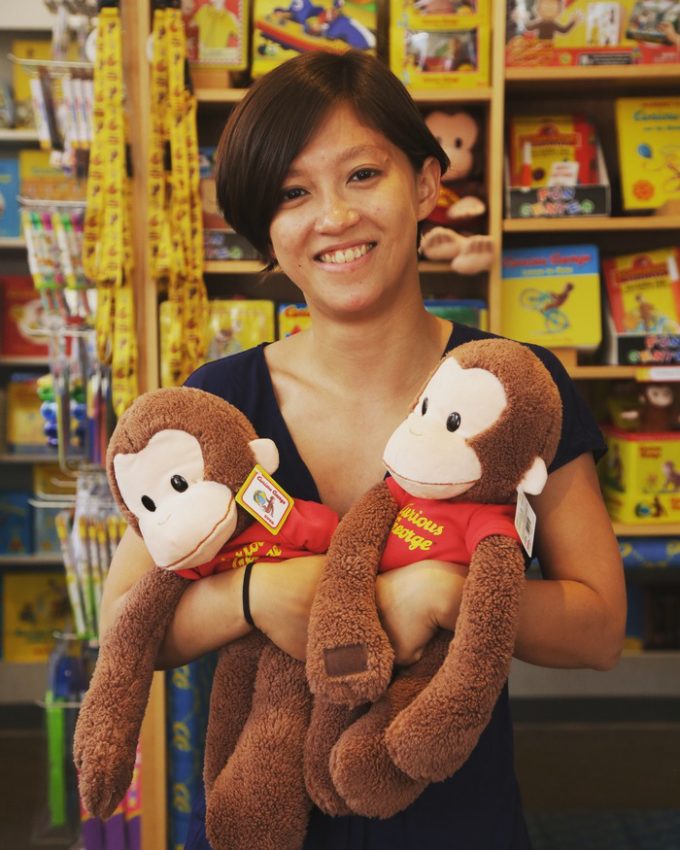 Did you know that Curious George turns 75 this year? That means that at least three generations have grown up with the mischievous primate and the Man in the Yellow Hat! Through dozens upon dozens of children’s books and cartoons, we know all about George’s zany adventures and big heart. We learned more about his back story in the 2006 feature-length film and its sequels. But what do we really know about the couple who created the world’s most beloved monkey? Not much! Filmmaker Ema Ryan Yamazaki wants to change all that with the first ever mixed­media documentary about Curious George and his creators. Monkey Business takes us on a journey through the extraordinary lives of Hans and Margret Rey, George’s creators, starting with the harrowing escape on makeshift bicycles as the German-Jewish couple escaped the Nazis, with the not-yet-published Curious George manuscript among their few belongings. To help tell the story in the most detailed and authentic way possible, Yamazaki even obtained exclusive rights to the Rey’s estate, which was curated by Margret’s caretaker, Ley Lee Ong. These rights Yamazaki (and through the film, us) access to over 300 boxes of the Rey’s personal archives. Monkey Business uses a unique style of animation, inspired by the Reys themselves, to tell the story of the couple’s live, the birth of George and how close the world came to never knowing this lovable monkey. Yamazaki herself is a multinational, calling Japan, the UK AND New York her homes. She was inspired by the Rey’s journey and felt a kinship with the couple, who lived in Brazil, Paris and New York. Yamazaki also wanted to remind us that we are all world citizens, searching for a home (and deserving to find a safe one). In light of all the interational debate surrounding immigration and refugees, the timing couldn’t be better.

Despite the occasionally heavy subject matter, the documentary in its entirety is intended to evoke the feeling of reading a Curious George book. The film is brought to life through archival material and animated sequences, using audio and video recordings of Hans and Margret, including interviews from those who knew the Reys well. Post-production for such an ambitious film is a major project and can’t be done alone. This is where you come in. Yamazaki is running a Kickstarter campaign, releasing timeless original Curious George prints and awesome digital archive downloads as rewards. Along with raising funds for post-production costs, the campaign also invites us to find inspiration in Hans and Margret Rey’s story. Curiosity & imagination gave them the power to overcome life’s greatest challenges, and it can do the same for all of us. My grandfather always told me that an active imagination was my most important tool. Yes, he got it from Einstein, but that doesn’t make it any less true.

Check out the Kickstarter campaign, along with a personal testimony by Yamazaki about the making of the film and consider donating to make this amazing film a reality.

Each donation from as little as $5 comes with an awesome reward. The more you donate, the more rewards you get. For example, a $10 donation gets you three gifs that bring Han Rey’s artwork to life. A donation of $20 gets an official film magnet or poster. Donate $35 or more and you’ll get a digital copy of the film once it’s done.  My favorite reward is the coffee mug at the $50 level. You get the point here, donate and get super cool gifts.

We’ve all been touched in some way by Curious George. It’s time to honor his creators and make sure their story reaches as many people as possible, don’t you agree?

Donate to the Kickstarter Campaign Here