Raising Everyday Olympians: Hope is Everything 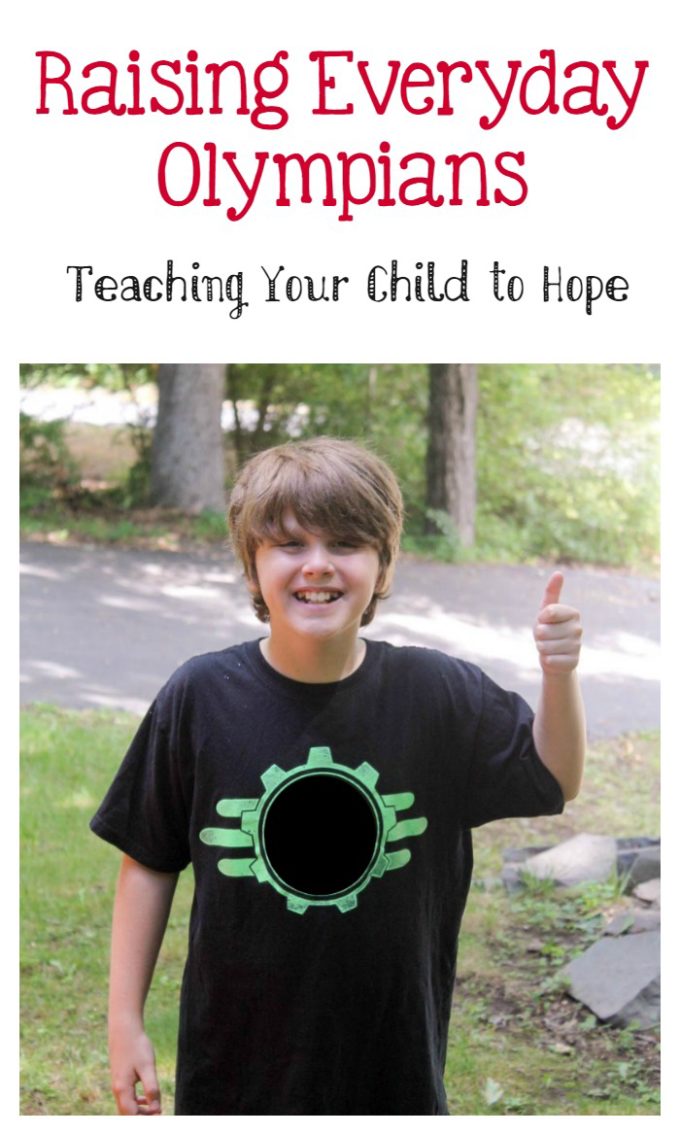 This post is brought to you by Bounty. All opinions are my own. Hope. If you think about it, it’s the driving force behind everything we do as humans. We hope others have a nice day. We hope they feel better soon when they’re sick. We hope everything is okay when they post about a bad day on social media. Scientists work tirelessly in the hope of finding a cure for cancer. When all is lost, hope remains.

As our kids get older, though, our hopes and dreams for them become something far more solid, more profound. It stops being about us and starts being about them. As parents, we have so many important jobs when it comes to raising our kids, but few are more important than instilling a strong sense of hope in them. After all, without hope, there is no future. What do you do, though, when your child is feeling hopeless?

I can’t tell you how many times I’ve heard my son utter those words. When Jake was around four, we started playing video games together. He’d get so frustrated because he couldn’t do the “fast A” button. If you’ve ever played video games, you know that just about every game has a scene where you have to pound the button like crazy. A small thing in the grand scheme of life, but to my mini-me gamer, it was everything at the time. We worked together and he eventually got it and now his little hands fly across controllers and keyboards even faster than mine! Now he wants to design games when he grows up.

I heard those words again when he was learning to tie his shoes, learning to write, to read, to do math. Every time something was “hopeless” to him, we plugged away at it until he got it. I leant him my hope until he had his own. Jacob has always been an “all or nothing” type of kid. If he’s not a master at something, he feels like he’s a failure. He wants the Gold Medal, every time. When Jake was learning how to ride a scooter, he’d get so frustrated. I can’t even balance on one, but he was speeding along like it was nothing within a week. Still, he was upset that he couldn’t do tricks like the kids he saw at the skate park. Just riding it wasn’t enough. He wanted to master it. All or nothing. With a little hope and a lot of practice, he prevailed.

He reminds me of Olympian Allyson Felix in the video above. She was upset because she only won a Silver Medal. Such an incredible accomplishment, but she was going for the Gold. She wanted to be the best. Second best wasn’t good enough. Jacob is the same way. To him, second best is never good enough. He has to be the best.

As his mom, it’s my job to give him the hope he needs to keep striving for the Gold, but also to get him to be proud of himself for trying in the first place. To recognize that the Silver and Bronze are also incredible accomplishments. We spend our parenting lives turning hopelessness into hope.

We’re raising everyday Olympians. Little humans who will grow up to do incredible things because they believe in themselves enough to turn the ordinary into extraordinary. Whether our children go on to win Gold Medals in the Olympics, find a solution to world hunger, design an epic video game or simply become extraordinary parents themselves, it all comes down to the hope that we gave them as children.

What are you doing to raise everyday Olympians? How do you instill a sense of hope in your kids when they’re feeling down? Share your stories in the comments.