Get a Sneak Peek at Torn, the Second Book In Jennifer L. Armentrout’s Wicked Trilogy! 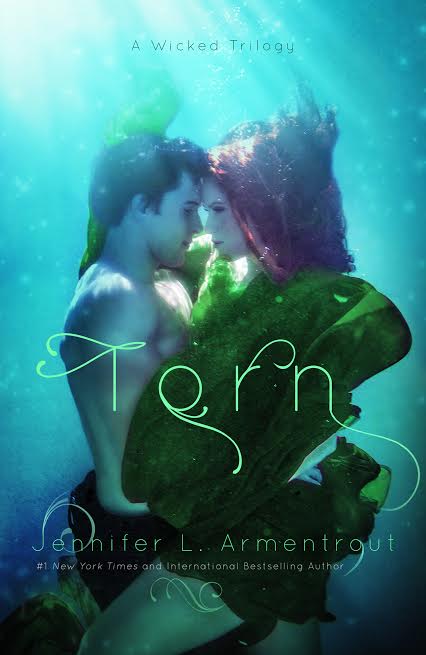 Are you as excited for the second book in  Jennifer L. Armentrout’s Wicked Trilogy as I am? I feel like I’ve been waiting ages, although to be fair to fans who HAVE been waiting forever, I only just read the first book about two weeks ago. Armentrout’s dark fae-ridden New Orleans really sucked me in, and the ending? Wow, what a cliffhanger!

So here’s the thing: you still have to wait just a bit longer. The  highly anticipated second book in #1 New York Times Bestselling author Jennifer L. Armentrout’s Wicked Trilogy is releasing July 19, 2016! Don’t fret, though, I have a sneak peek to share with you today. Granted, the excerpt is like a tease, leaving you wanting more!  At least it gives us a little bit of Tink-time. I love that brownie! Check it out below, and be sure to grab the first book in the series, WICKED, which is on sale for $.99 for a limited time!

Language warning: for those that are sensitive to it, the exerpt below does contain mild expletives.

My fingers tightened around the slender remote. “I was thinking that if the prince can sense me, why hasn’t he showed up here?”

“I don’t know.” Tink came down to the coffee table and started marching across it. “I’m not the prince, but if I was the prince, I’d be buying time.”

“Buying time?” I scooted to the edge of the couch.

“Yeah, because he’s got to win you over.” Tink swiped up the straw he’d had in his Coke. It was nearly the size of him. “That’s basically what he has to do if he wants to impregnate you.”

I cringed, like a full-body cringe. “Please do not use the word impregnate ever again.”

“Why? That’s what he wants to do.” He started dancing with the straw, the kind of dancing you see in the clubs. Hips gyrating all over the place. “He knows coercing or tricking you isn’t going to get the deed done, so he’s probably trying to learn how not to be a sexed up dickhead.”

“Sexed up dickhead?” I repeated.

“Uh-huh.” Tink dipped the straw as one would a dancer. “Remember when I was telling you how I saw the prince getting it on with three females once? He’s totes sexed up. And he’s a dickhead. In other words, he has no empathy or compassion. No humanity.”

Tink twirled the straw. “Yeah, but the ancients are worse. They’re as far away from human as you can get. He’s going to have to work on wooing you.”

I slowly shook my head. “That’s…” There were no words.

“That’s what I’d do.” Tink dropped the straw and whipped around toward me. “Or he’s plotting something major and any moment he’s going to knock down the front door and storm the place.”

“Wow.” A fine shiver curled down my spine. “That’s really a relaxing thought.”

He zipped over to the couch and sat on the arm. He tipped his head back and stared up at me. “Don’t worry. I’m here to protect you.”

I just looked at him, because other than ordering [expletive deleted] off of Amazon, the only strength he had was the unique ability to annoy the crap out of me while somehow still managing to be endearing.

Tink grinned. “Trust me, Ivy. The Prince is not going to want to mess with me.”

Torn between duty and survival, nothing can be the same.

Everything Ivy Morgan thought she knew has been turned on its head. After being betrayed and then nearly killed by the Prince of the Fae, she’s left bruised and devastated—and with an earth-shattering secret that she must keep at all costs. And if the Order finds out her secret, they’ll kill her.

Then there’s Ren Owens, the sexy, tattooed Elite member of the Order who has been sharing Ivy’s bed and claiming her heart. Their chemistry is smoking hot, but Ivy knows that Ren has always valued his duty to the Order above all else—he could never touch her if he knew the truth. That is, if he let her live at all. Yet how can she live with herself if she lies to him?

But as the Fae Prince begins to close in on Ivy, intent on permanently opening the gates to the Otherworld, Ivy is running out of options. If she doesn’t figure out who she can trust—and fast—it’s not only her heart that will be torn apart, but civilization itself.

Things are about to get Wicked in New Orleans…

Don’t miss the first title in the series, WICKED, now just $.99 for a limited time only!

#1 New York Times and #1 International Bestselling author Jennifer lives in Martinsburg, West Virginia. All the rumors you’ve heard about her state aren’t true. When she’s not hard at work writing, she spends her time reading, watching really bad zombie movies, pretending to write, and hanging out with her husband and her Jack Russell Loki.

Her dreams of becoming an author started in algebra class, where she spent most of her time writing short stories….which explains her dismal grades in math. Jennifer writes young adult paranormal, science fiction, fantasy, and contemporary romance. She is published with Spencer Hill Press, Entangled Teen and Brazen, Disney/Hyperion and Harlequin Teen. Her book Obsidian has been optioned for a major motion picture and her Covenant Series has been optioned for TV. Her young adult romantic suspense novel DON’T LOOK BACK was a 2014 nominated Best in Young Adult Fiction by YALSA.

She also writes Adult and New Adult contemporary and paranormal romance under the name J. Lynn. She is published by Entangled Brazen and HarperCollins.