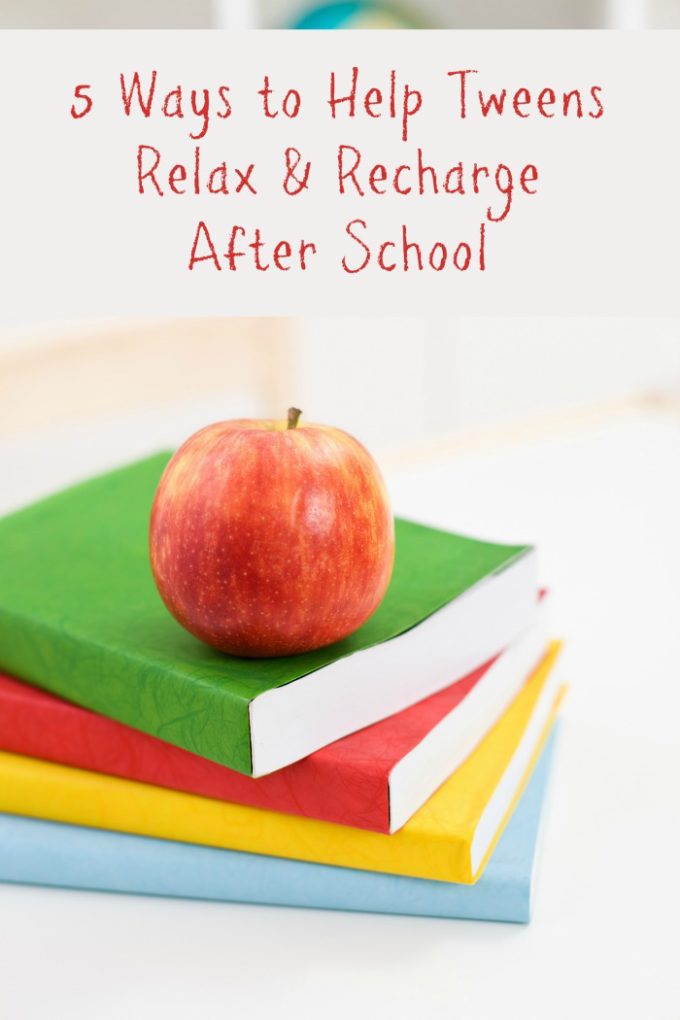 Are your kids dragging by the time they get off the school bus in the afternoon? I know mine is! Middle school starts over an hour earlier than elementary school, so it’s been kind of a shock to both of our systems. I’m just not a morning person. Then, at school, Jake is getting used to changing classes, beating the bell to the next room, living without recess and going longer without eating (his lunch is later and they don’t have snack time anymore). By the time he walks in the door at 2:30, he’s exhausted. When he’s tired, he gets grumpy! So I do what I can to help him relax and recharge. Check out a few things we do to make after school time a happier time of day!

*I received complimentary Quaker products mentioned below. My opinions are my own.

Let them unwind before starting homework

I know a lot of families have a rule about doing homework immediately after school. Maybe that works for some kids, but Jake needs a good hour to unwind before he can focus on his after school work. As long as he gets it done at some point before bed, I let him have that time to himself. This year, he gets home at 2:30, so he has plenty of hours left in the day to do it!

Ask them specific open-ended questions about their day

Ask a kid something like “how was your day” and you’ll get an over-simplified response. Instead, I ask Jake things like “what did you have for lunch today?” “What did you learn in science?” and so on. I pay attention, then I can follow up with him later. He’s more likely to answer my very specific questions and unload his mind than he is to answer vague questions.

Fuel them back up with a yummy snack After school and snacks go together like, well, after school snacks! Jake eats at noon, so he’s not usually famished when he walks in the door less than three hours later. His favorite snack right now is the new Quaker Chewy Snackwiches. They come in Peanut Butter & Chocolate Chip as well as Apple Caramel. We both love the PB & Chocolate chip variety. We’ve been going through them like crazy! They’re like two of Quaker’s most delicious chewy granola bars with yummy filling in between. Each serving of Quaker Chewy Snackwiches contains 16 grams of 100 percent whole grains. It is also a good source of calcium and fiber! The bars are in retailers nationwide and sell for around $3.49.

I’m really trying to be more active overall, and what better way to do that than with my favorite person? Kids need physical activity after a long day of sitting and trying to focus. Middle schoolers don’t have recess anymore (at least not around here), so they’ve got even more pent up energy to unleash! A burst of activity also helps refresh their minds and lets them better focus when it’s time for homework.

Middle school offers a wider range of afterschool activities than elementary school did. It’s tempting to let Jake join every club and try every sport. After all, I want him to find his passion! I don’t, however, want him to spend every waking moment at the school. If the staff at your kids’ schools see them more than you do, they’re probably in too many activities. Make sure you’re leaving plenty of time for free play and letting kids just be kids.

It’s been quite an adjustment so far from elementary to middle school! Jacob is handling it better than I am. I’ve never been a morning person, so this 6AM stuff is quite the shock to my system! Still, he does need his time to unwind after a long day, and these ways have worked well for us!

How do you help your tween unwind after school? Tell me below!