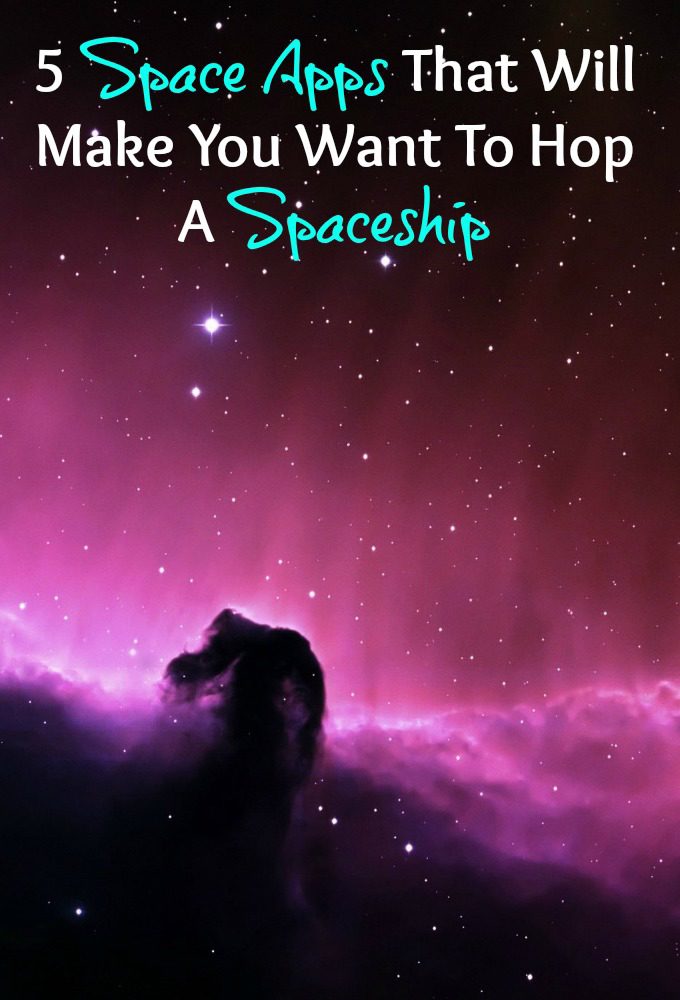 Calling all future astronomers and stargazers, this is the list you need! These five apps will fly you from one end of the solar system to the other, allow you to see what’s in the sky in real time, and even see some of the latest research images added by real astronomers. You won’t want to miss these five apps that you have to download on your mobile, check it out! NASA has its own app all just for sharing the latest and greatest space news with you! This free app will give you image upon image of super cool space pictures, videos to stream, and you can even stream NASA TV! Don’t miss the opportunity to grab a sweet picture of a galaxy and download it as your new cell phone background!

Winner of a Parent’s Choice Award, Solar Walk is a great app for any budding astronomer. This app lets you fully explore the solar system with a flick of your finger. Explore how the planets move, the distances between,  and the entire Milky Way. The visuals in this app are fantastic as you zoom all around the solar system. One really neat feature is you can also examine how the sun rises and sets on different planets because the app knows exactly where you are in relation to the sun and the various planets. Is there a full moon on Jupiter tonight?

Night Sky 4 is an immersive experience that lets you navigate directly around the stars in real time! Point your phone at the sky and you’ll be able to identify many common stars, constellations, and planets right from what’s in front of your eyes. This is one of the coolest apps for helping to figure out exactly what you are looking at in the night sky. The way this app interacts with the satellites based on your location to produce sky maps is amazing!

Redshift lets you explore space in an interactive way that is so different from other apps. By far the coolest feature allows you to fly through space to land on different planets and explore the solar systems. I’d say this app is a little more complicated to use than your average app that tells you constellations, but those 3D flights to other planets makes it totally worth spending a few extra minutes to explore.

Astronomy Picture Of The Day

The deepest infrared image of the Orion Nebula has uncovered a bonanza of previously unknown low-mass stars and — quite possibly — free floating planets. The picturesque nebula is best known in visible light where it shows a many bright stars and bright glowing gas. Catalogued as M42, the Orion Nebula at a distance of 1300 light years is the closest major star forming region to Earth. One can peer into Orion’s pervasive dust in infrared light, as was done again recently with the sophisticated HAWK-I camera attached to one of the European Southern Observatory’s Very Large Telescopes in the high mountains of Chile. High resolution versions of the featured infrared deep image show many points of light, many of which are surely brown dwarf stars but some of which are best fit by an unexpectedly high abundance of free-floating planets. Understanding how these low mass objects formed is important to understanding star formation generally and may even help humanity to better understand the early years of our Solar System. Image Credit: ESO, VLT, HAWK-I, H. Drass et al.

A photo posted by Astronomy Picture Of The Day (@astronomypicturesdaily) on Jul 18, 2016 at 7:20am PDT

Astronomy Picture Of The Day has been around on the web for a long time/ This app brings some of Astronomy’s latest pictures to your mobile device very single day. These photos are taken by real Astronomers, and it is generally considered an honor to have a picture featured. If you are curious about some of the latest space images, this app delivers!

So have you tried any of these space apps? Do you know of an Astronomy app that everyone should know about? Tell me what you think down in the comments!