Cupcake Race Board for Kids by Endless Games 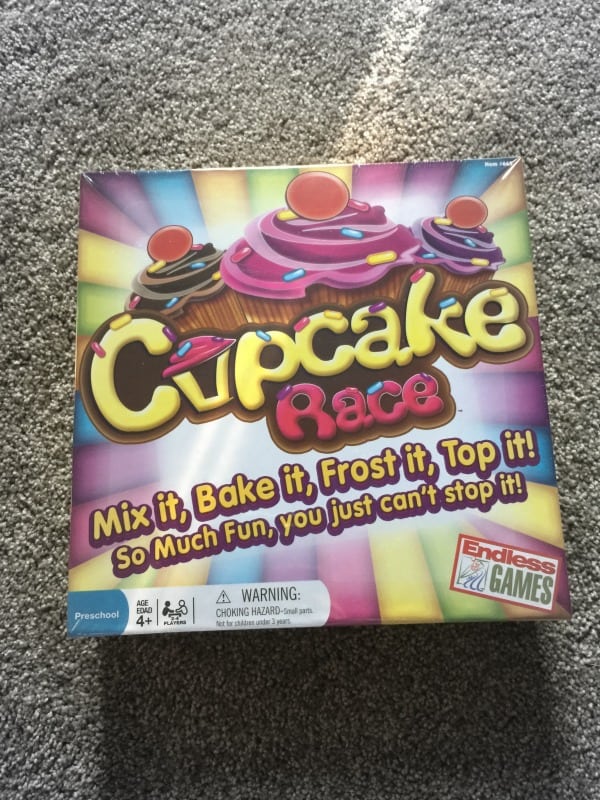 My family sure has had a lot of fun checking out & reviewing some new board games over the last few months. You may have seen us explore a stack of University Games Board Games for Kids back in October while we were stuck indoors due to Hurricane Matthew. Today I’m giving you the dish on the Cupcake Race board Game by Endless Games. Endless Games specializes in classic games for all ages including board games, dice games, trivia games, pop culture games, and more. They were founded by three industry veterans that brought us games like Trivial Pursuit and Pictionary.

Vi was excited to check this game out mostly because it includes two of her favorite things: cupcakes and sprinkles! Cupcake Race can be played with 2 to 4 players, so instead of just playing with the two of us, we got her brother on board and gave it a go. The game pieces were a cinch to set up and include:

The object of this game is to be the first person to mix, bake, frost, and top your cupcake before reaching the party located in the middle of the game board. The game pieces are brightly colored and the board is easy to follow through to the end. There were lots of giggles as watched in anticipation of who would finish their cupcake first and get to add their cherry on top!

Cupcake Race is a great game for kids 4 and up. It doesn’t require lengthy setup and kids will love decorating their cupcakes with the each little sprinkle, cupcake wrapper, and frosting. Check out www.endlessgames.com to purchase this board game or check out lots of other fun games for your next family game night!

What are your favorite types of games to play as a family? Share in the comments!