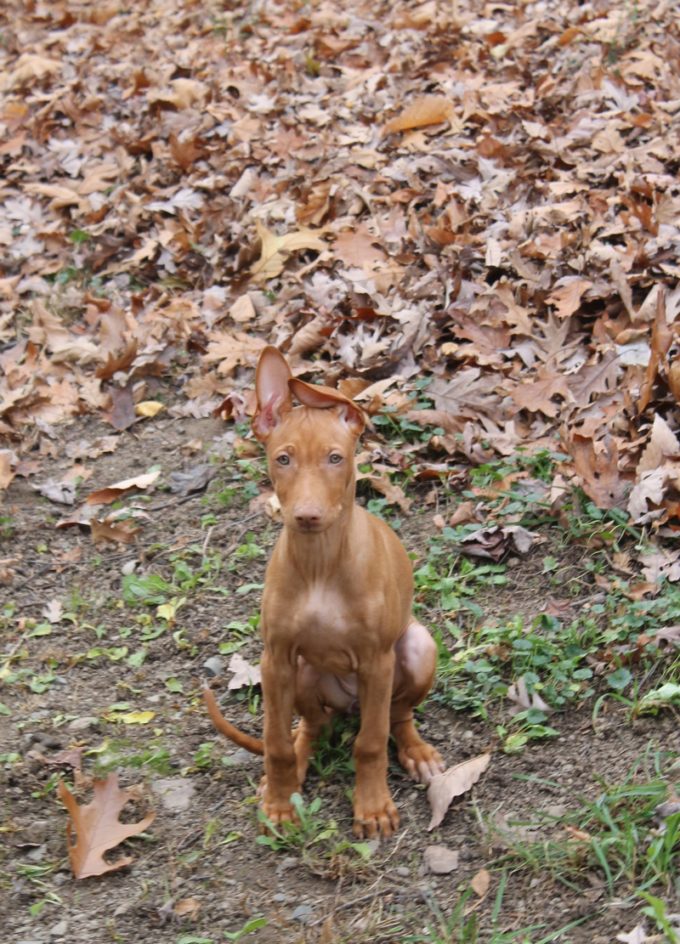 Last week, we welcomed a new puppy into our family! Freya is an 11-week-old Pharaoh Hound! As many of you know, we lost our two girls, Tasha and Maia, earlier this year. Tasha, our German Shepherd, was 14 when we made the decision to let her go. She was just in so much pain. Maia died unexpectedly on the 4th of July after suffering from a massive seizure and/or stroke. She was also 14. It took me a while to feel ready for another puppy, but I’m glad we have Freya now.

What on earth is a Pharaoh Hound? If you’ve never heard of this breed before now, you’re not alone. I hadn’t heard of them either up until my aunt’s neighbor offered to give us one of her puppies. Pharaoh Hounds are one of the oldest domesticated breeds. Some believe that they date back to ancient Egypt. They look just like the hieroglyphic dogs from way back then. Others say the originated in Malta and were brought to Egypt somewhere along the line. Regardless of where they originated, Malta is pretty much the reason they still exist today.

Check out this embed from Graphiq for more details about the breed.

It’s been a very long time since we’ve had a puppy in the house. I’ve forgotten how much work they are! It’s definitely worth it, and she’s super smart so she’s learning really fast. Still, it’s kind of like having a toddler again. I just bought her a ton of toys and she still wants to chew on slippers, boxes and other things she’s not supposed to have. She’s incredibly fast, too. We have to watch her like a hawk because she can zoom from one end of the house to other in the blink of an eye to get into mischief. She is such a funny little pup. She throws temper tantrums when she doesn’t get her own way. She also huffs and whines until she gets comfortable at naptime and bedtime. I think she’s mad that the blanket and dog bed isn’t exactly how she wants it when she lays down to sleep. She definitely has a unique personality!

Based on my reading, I discovered that the Pharaoh Hound is an incredibly independent and stubborn breed, so we definitely have our work cut out for us!  I’m the editor and one of the writers at DogVills.com. We’ve published a ton of dog training tips over the years there and now I get to put them into practice.

If anyone has a Pharaoh Hound, I’d love to hear your tips for training her! Likewise, if you have any recommendations for new puppy toys, treats, etc,  much like Freya, I’m all ears!