Destiny Fans Gear Up for “The Dawning” 3-Week Winter Event! 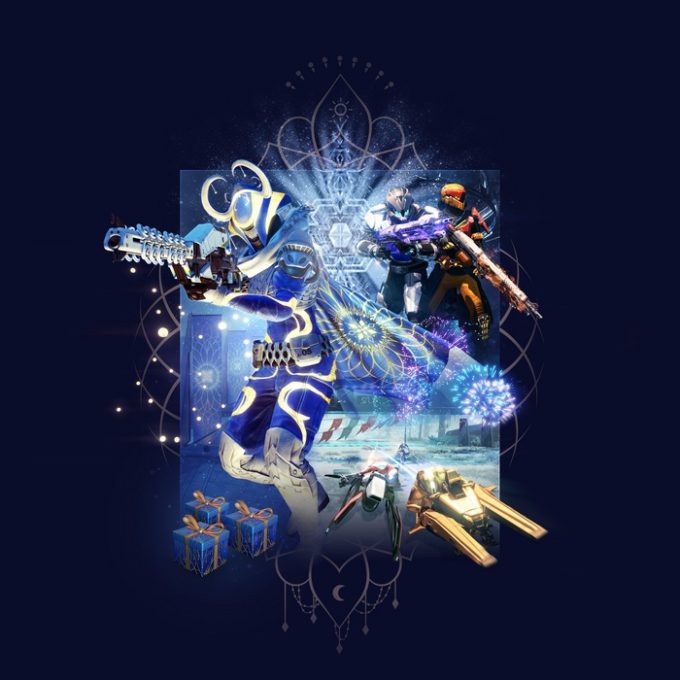 If you love Destiny as much as my son does, I have some super exciting news for you! The other day, Destiny revealed The Dawning, a three-week winter event beginning December 13th for all players of Destiny: Rise of Iron! During the event, you’ll have a chance to find awesome gifts, complete new quests and even play a brand-new game mode! Check out the details, then stock up on snacks and settle in for some gaming fun! If you checked out our highlight post about the new Activision games, you know that Destiny recently released Rise of Iron

, a new expansion for the incredibly awesome game. Jake had a chance to check it out as part of Destiny: The Collection

The Dawning event combines all the different winter holidays that people brought to the City, along with its own very special celebration of the Light. During the three-week event, players will have a chance to:

About Destiny: Rise of Iron

Destiny: Rise of Iron features a new campaign story that you’ll love! The wall that stood for centuries along the southern border of Old Russia has collapsed, and it’s not a good thing! Fallen mutants scavenge the tombs of the Golden Age and unleash a plague more dangerous than anyone could imagine. You’ll join Lord Saladin on a journey into The Plaguelands, a new setting on Earth near the Cosmodrone. Since Plaguelands has been quarantined for centuries, there’s no telling what you might find there!

The Plaguelands is an exciting new location to explore, complete with new enemies, new activities and patrols and, of course, new secrets. You’ll also reopen, Felwinter Peak,  a long-abandoned fortress which will serve as a new social space for all the Guardians who answer Lod Saladin’s call to action to fight the Devil Splicers, find the source of the outbreak and stop it from destroying life as we know it.

With new quests, weapons, armor and gear to earn, Destiny: Rise of Iron takes the game to whole new levels (literally, with the Light Level increase), and they’re not even done! More excitement will be unleashed this summer.