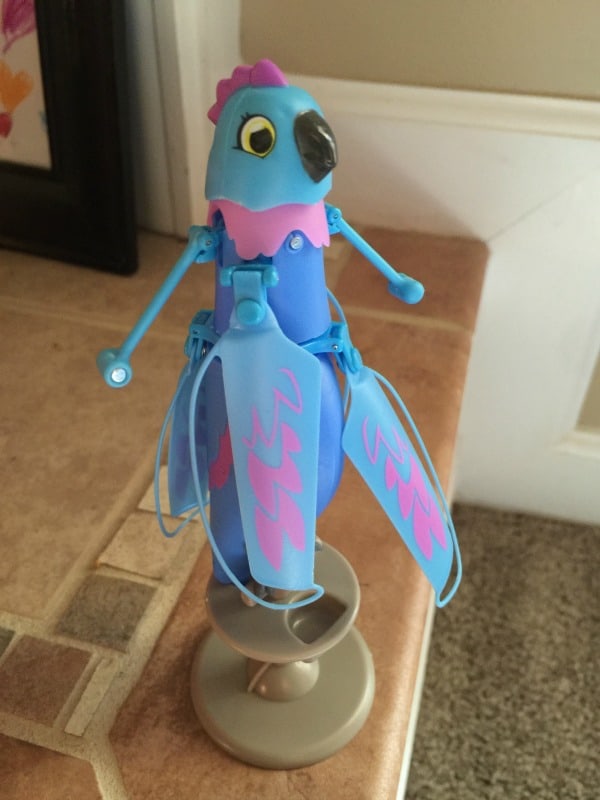 The Legendfire Powershot Blaster and Zippi Pets Flying Hummingbird by Prime Time Toys are two new toys that have been causing a lot of excitement around my house lately. We got to check them out in exchange for this honest review and we’re have a blast (pun intended) playing with them! If you’re still looking for the perfect gift idea for kids, you need to check these out!

has been producing fun and innovative toys and games since 1990. These include toys that can be played in and out of water, including pool toys, water guns, and dart blasters.

is part of their Dart Zone line. It is recommended for ages 8 and up and includes: This blaster is a lot of fun for kids who love a good foam dart war. Finn thought it was pretty cool that all 18 darts fit into the Legendfire Powershot Blaster at once. Once he runs out of the initial 9, and he can quickly pop the other 8 out of the additional ammo cartridge. The drum revolves on its own, making it super quick to point and shoot. This is a cool blaster that is easy to use and keep all your ammo with you at once! Another great feature with the Legendfire Powershot Blaster is that additional darts can be purchased should you lose any. This blaster is compatible with most darts from other leading brands as well, so if you have any of those lying around, you can use them with this toy. , also by Prime Time Toys. With one tap on the hummingbird’s head, it awakes and gives a little chirp. With two taps on the head it sings a little song. With three taps, the Zippi Pets Flying Hummingbird takes off from its perch and hovers in the air similar to a real hummingbird. The first thing the kids noticed about this flying toy is that there is no remote control. An auto sensor picks up on movement and keeps the bird in the air. The kids can control its flight just by moving their hands under it! When the bird is ready to land, it will sing another song, signaling for someone to catch it. This all took a couple tries to get it working smoothly, but kids caught on well and were excited to show off their new ‘pet.’ The Zippi Pets Flying Hummingbird is made with a built-in rechargeable battery and comes with a USB charging cord. It ‘s ready to go in just 20 minutes charging time. It also comes with a little perch that is not only used for take off, but is also really convenient to keep it displayed when not in use. The Legendfire Powershot Blaster and the Zippi Pets Flying Hummingbird are just two of the fun and interactive toys available from Prime Time Toys. To learn more about them along with other high action toys available, check out www.primetimetoys.com and visit them on Facebook!