Dog Show Did You Know: 7 Fascinating Facts About Pharaoh Hounds 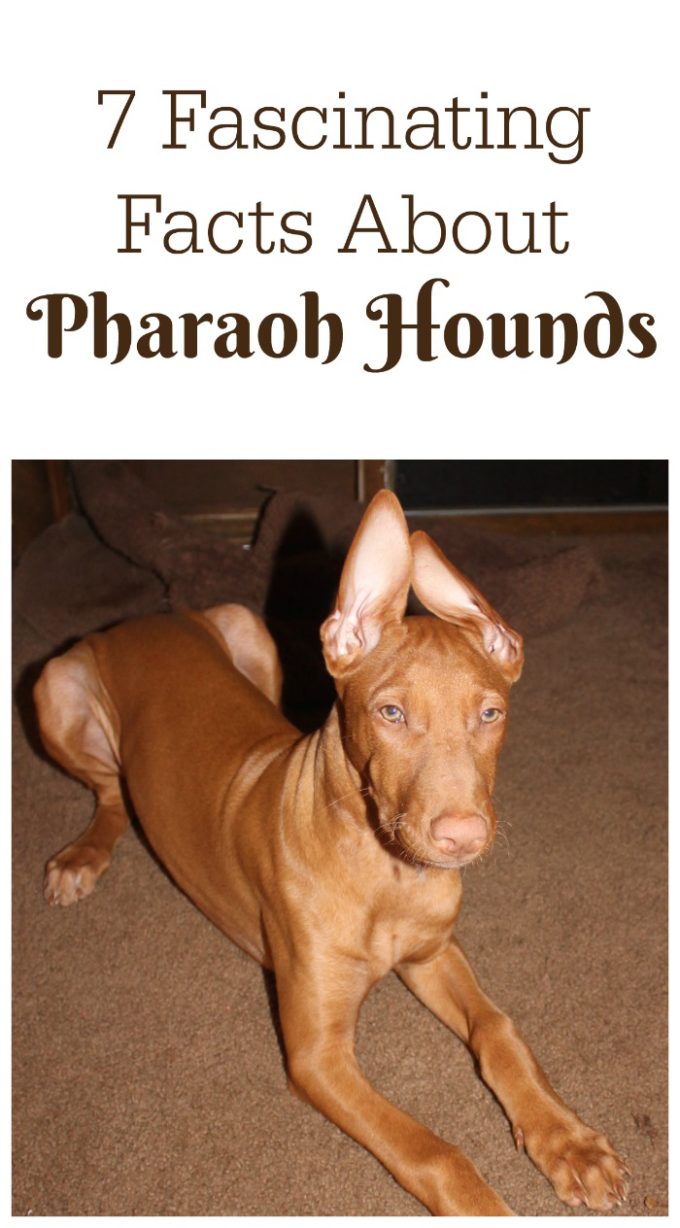 This post is sponsored by Royal Canin. I am being compensated for helping spread the word about the AKC National Championship presented by Royal Canin™, but all opinions are my own. Royal Canin is not responsible for the content of this article. The AKC National Championship presented by Royal Canin™ airs tonight (Jan 23rd) at 6PM ET/PT on the Hallmark Channel. While I’ve always enjoyed watching the most beloved dog show for the sheer joy of checking out all the cute poochies, this year I’ll be watching a little closer. If you’re a regular reader, you know that we recently adopted a Pharaoh Hound puppy, Freya. She’s our first pure breed AKC-recognized dog and I’m excited to see how others of her breed place in the show. Since I had never even heard of Pharaoh Hounds before Freya, I thought it would be fun to do a little “Dog Show Did You Know” before the show tonight and tell you a little bit more about my breed!

7  Things I Learned About my Pharoah Hound from the AKC

We kind of lucked into Freya. As you may know, we lost our two older girl dogs last year. Both were nearly 15, so they had long happy lives. It took me a while to decide I was ready for a new dog. My aunt’s neighbor bred her Pharaoh Hound and offered us one of the puppies for free. As a tiny puppy, Freya’s coloring disqualified her as a show dog (I think she either had too much white or not enough, although her color has changed a lot). Before I accepted, I did some research into the breed on the AKC website to decide if she was right for us. The moment I saw those trademark Pharaoh Hound ears, I was done for. Here are a few cool facts about Pharaoh Hounds that I think make Freya particularly interesting. I’m planning to watch the AKC National Championship presented by Royal Canin with Freya, so she can see how well the others pups in her breed behave! She’s a bit, um, stubborn, when it comes to training. She LOVES watching other Pharaoh Hounds, though. I pull up YouTube videos of them and she’s fascinated. The three-hour special will be anchored by KC Vice President Gina DiNardo and sportscaster Jason Knapp. It will also feature special appearances by celebrity Jerry O’Connell! I love him! More than 5,000 of the top national and international dogs are competing in the show, making it the largest dog show in North America with the largest monetary award in the world of dog sports. The pre-recorded special features winners from each of the competition categories as well as highlights from everyone’s favorite competitions: Agility and Dock Diving, and some of America’s brightest up and coming Junior Showmanship handlers before ending in the crowning of Best in Show. The AKC National Championship presented by Royal Canin was held in Orlando, Florida from Dec. 17-18, 2016

Dog shows like this aren’t just fun to watch, they’re also meant to help determine which dogs are most suitable for the purposes that they’re bred for, and which dogs should go on to contribute to the gene pool of their breeds. That’s why they have a breed standard that determines how well a dog places. Pharaoh Hounds are incredibly healthy dogs because responsible breeders have so closely stuck to a breed standard over thousands of years. Every single dog breed was designed for a specific need. German Shepherds, for example, were bred as working dogs. Pharoah Hounds were created as hunting dogs, to help people feed their families. If we understand why they were created, we can better understand why our dogs do the things they do. Royal Canin, proud sponsors of the show, understands that every dog is different, which is why they created breed-specific diets to help provide your dog with the best overall nutrition. Don’t forget to tune in tonight at 6PM ET/PT for the 3-hour AKC National Championship presented by Royal Canin on the Hallmark Channel! What breeds are you rooting for?