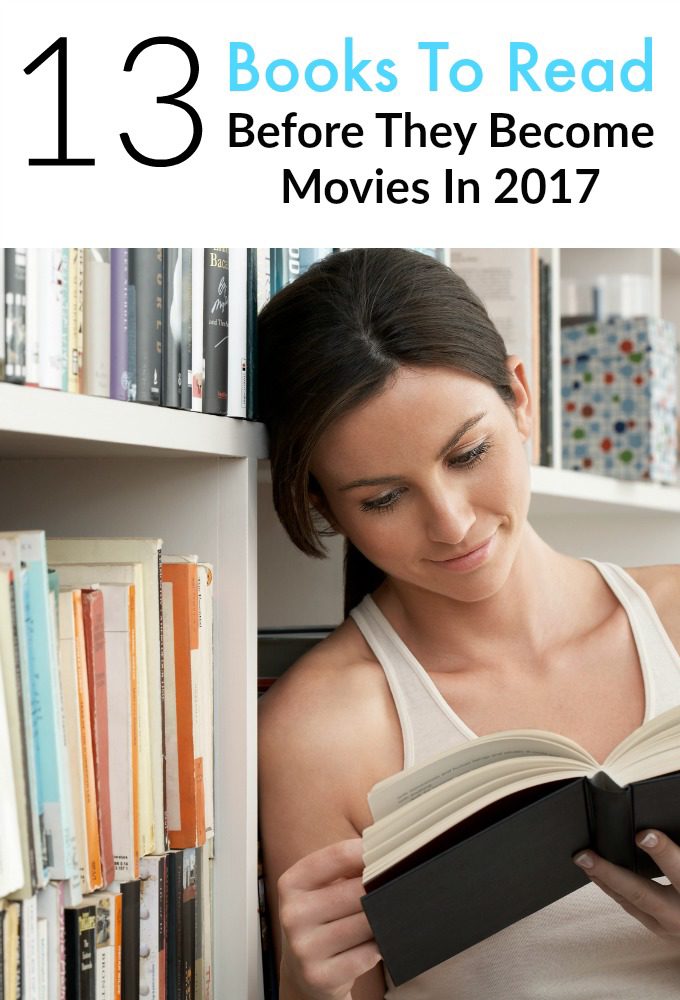 Anyone else ever find themselves watching a movie wishing they had read the book first before they watched the flick? Definitely me too on this. That’s why I put together this list of ten books you absolutely have to crack open before they hit theaters. These stories range from sci-fi to drama, and there is even a little bit of western thrown in there. Get your list ready, and add these books to your reading list before you Release Date: Feb 24
It is 1630 in Amsterdam and the height of the tulip craze. A wealthy merchant, trying to conceive an heir with his young wife, commissions a portrait of her. As they continue to fail to produce an heir, the young wife and the painter fall deeply and passionately for each other, but this drama looks to be headed towards a tragic ending.

Author: Lauren Oliver
Release Date: March 3
Popular teenager Sam is living a lovely life until one day she simply isn’t/ She finds herself reliving her last day over and over, and trying to untangle both her death and her own seemingly perfect life.

This one’s a true war story. The book and movie detail the story of a zookeeper and his wife at the Warsaw Zoo in Poland. Together they saved hundreds of lives of both Jewish and Polish by hiding them in animal cages and sheds.

Author: Herman Koch
Release Date: May 5th
What started off as a simple dinner between two couples in Amsterdam quickly changes course. Both couples over the course of the conversation both couples reveal deep family secrets about their sons. How far will these families protect their children in this dark movie?

A young boy, who is born with severe facial differences and has never been to mainstream school, is now starting fifth grade. Will he be able to navigate within his community? In the book the perspective shifts frequently from the main character to his sister, classmates and other characters in this book about acceptance.

The Circle is a very prominent internet company that links together all of a user’s individual social media accounts, purchases, and other private information creating a single identity for a person online. Mae is given an amazing opportunity to work for The Circle but instead in a suspenseful plotline raises big questions about privacy, personal freedoms, and memory.

The Adventures of Captain Underpants This one may depend on who you’re going to see the movie with, as Captain Underpants is cute in a super silly way, but generally written for elementary and middle school aged kids. This one you could see without reading first, but you’ll enjoy it more if you read the book first! Two young boys bring to life the most amazing superhero ever. He’s such a secret that even he doesn’t know who he is! Valerian and Laureline are two government agents in the 28th century. They protect the world from time travelers causing harm. They are sent on an action-packed mission to New York in the year 1986 to defeat the biggest threat to humanity ever known, Xombul, from destroying the world.

This film is already predicted to be an adaption to the books not an exact retelling, which makes it the perfect candidate to read ahead. WE follow a man who is on a quest to for the fabled Dark Tower in hopes of saving his own land. This film is part western, part sci-fi.

In a small town, kids are disappearing and returning in pieces. Seven kid’s band together as “the Losers Club.” Together they take on a horrifying force, which they name Pennywise, who takes the shape of a terrible clown. Twenty-seven years later “The Losers Club” returns home and kids have started disappearing again, but the group has all lost their memories. Can the “Loser’s Club band together, regain their memories and defeat Pennywise, or will they be the next victims?

The Mountain Between Us

Two people survive a plane crash, are badly injured and are stranded in the mountains. Together they must learn to trust each other and overcome as they head back to safety.

Murder on the Orient Express

Detective Hercule Poirot dives into a case involving a murder of a wealthy American couple who are murdered brutally. The couple was traveling on the most famous train in the world, the Orient Express. This isn’t the first time this book has been made into a movie, but I’m curious how this adaptation will be!

This is a coming of age story about a young girl with an eccentric artist mother and an alcoholic father. Her father tells magical stories to help in diverting her attention from the families distressed and impoverish state.

So tell me, which books do you have to read before they hit the big screen and become movies in 2017? Tell me which one you are looking forward to in the comments!