Finding Your Canine Soul Mate: How Do You Know When It’s True Love? 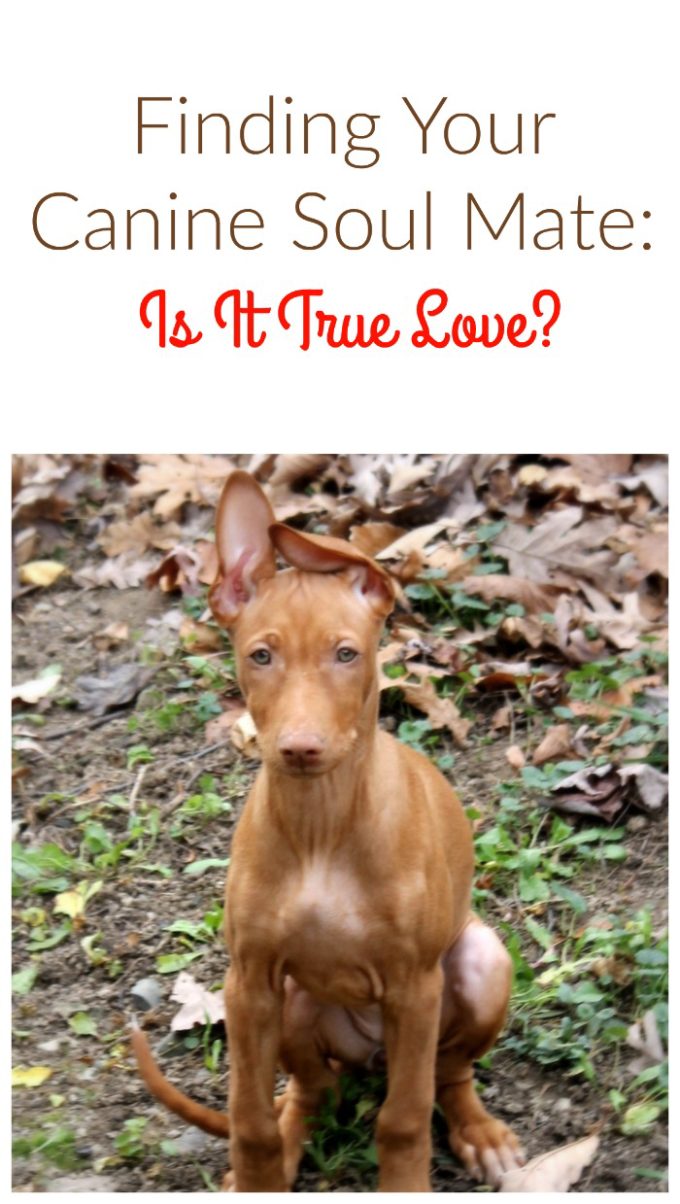 I partnered with Z Living to promote their canine/human matchmaking show, Finding Fido. As always, all opinions are my own. Have you seen Z Living’s awesome Finding Fido show yet? It airs on Z Living on Tuesday nights at 9 PM.  It’s a matchmaking show for people and dogs! Aside from being beyond cute to watch, it gives you great tips on finding the right Fido for your family, too. As you watch, you’ll learn how host Seth Casteel picks out just the right dog for the featured family based on their criteria, which in turn helps you learn what to look for in your canine soul mate. Finding the perfect dog for your family sounds like it should be fairly easy, right? I mean, there are millions of dogs out there just waiting for a forever home. How hard can it be to pick just one that fits into your lifestyle? HA! A lot harder than you might think! Like I said, there are millions of dogs out there. How, oh how, do I choose JUST ONE when I want to ADOPT ALL THE DOGS! Since I have this overwhelming desire to reenact 101 Dalmations with dogs of every breed, it becomes incredibly difficult for me to pick a single dog because I don’t want to hurt the other dogs’ feelings. Since I fall madly in love with just about every dog I see, I’ve had to develop some sort of criteria for determining if it’s true love or just puppy love.

Finding Your Canine Soulmate: The Difference Between True Love and Puppy Love

We’ve adopted four different dogs since 2001 (my two older girls passed away last year). Tasha, my Shepherd, came from a family who didn’t spay their dog in time and ended up with a litter of almost pure-bred German Shepherds. Almost. She was just enough of a mix to prevent our home insurance from going up. Maia came from a kennel with a good reputation. Cooper, who just turned 10 this year, was adopted through a rescue after spending the first 6 months of his life in a tiny cage. Three months ago, we brought Freya into our lives. She’s a Pharaoh Hound, gifted to us by my aunt’s neighbor, a responsible breeder. As you can see, my dogs have come into my life in a myriad of ways. How, though, did I know each one was a good fit for our family?

I can’t overstate the importance of researching breeds before you adopt. Whether you have your heart set on a specific type of dog from a responsible breeder (emphasis on responsible, PLEASE make sure you’re not supporting puppy mills) or are happy to take in a lovable mutt (like Coop, my mystery dog!), you still need to have at least a vague idea of the type of dog that would be right for your family. Before we accepted Freya, I read up on Pharaoh Hounds like crazy. While I fell in love with her giant ears the moment I saw them, I needed to know whether a Pharaoh Hound would actually fit into our lifestyle. You wouldn’t marry a guy you met online without at least meeting him in person first, right? I mean, so many things could go wrong, the least of which is finding out he’s not even remotely who he says to be. While adopting a dog you haven’t met is probably a lot safer than marrying a guy you’ve never seen, it’s still a good idea to see if you click. Before we adopted Cooper, I met with several other dogs that, on paper, seemed perfect for us. When I met them, as much as it broke my heart, I realized that they just weren’t right for a house with a toddler in it. While my gut told me that every other dog we met just wasn’t the right dog for us, it did the opposite with Cooper. The moment I met Coop, I knew he was going to be our dog. I don’t know what it was about him. We went to see another dog that was in the same kennel (in this case, meaning a less jolting word for “cage”). Coop very quietly stepped in front of her and looked up into my eyes. It’s like he was saying “look, I know everyone comes to see her, but I’d be a pretty good dog too!” I took him out for a stroll to get to know him and signed the papers an hour later. My gut told me that he was the one. Sometimes, you need to meet Mr. Wrong Dog before you know what Mr. (or Mrs.) Right Dog looks like.

Do a Trial Run

If you have a lot of criteria for the right dog, you might want to do a trial run before you commit. I’ve never done this because I get too emotional about animals. I wouldn’t be able to bring one into my home only to give him back, no matter what went wrong. If you’re like me, there are other ways to make sure the dog is a good fit without getting everyone attached. For example, if you’re going with a specific breed, you might want to see if a friend or rescue group with the same breed will let you spend a bit of time with their dog. While every single dog has his or her own personality, this does give you an overall idea of what to expect. You can also volunteer at a rescue organization as a dog walker, which gives you a chance to interact with the adoptable pooches a few times before you decide which one is right for you.

Like I said earlier, Finding Fido isn’t just adorable, it’s educational too. As you Seth Casteel find the perfect dog for each family, you’ll learn what to look for in dogs based on your own criteria. You’ll also get ideas from how Seth considers and matches up each dog to a potential family. During each episode, families get to meet three different pooches who fit their needs, and Seth helps them determine which one is ultimately going to be the family’s canine soul mate! For example, in the upcoming 2/14 episode, Chris and Kali are searching for a smaller breed who will be the perfect companion to their young daughter, but who also has the right energy and temperament to help the family stay active and keep up with their city lifestyle. You can catch that episode live on Z Living Network, or watch other epsides from the show right now.

On February 14th from 9-9:30, I’ll be live tweeting with Finding Fido. Follow me on Twitter and tweet along with the hashtag #FindingFido and tag @ZLivingUS for a chance to win a $25 Amazon Gift Card. Winner will be chosen on 2/15. Please make sure you’re following me so I can DM you if you win. You can get an early entry now by retweeting the below message (it automatically add my Twitter mention):

Tune into #FindingFido on @ZLivingUS at 9 on 2/14 to see the Pleasants find their true dog love! Click to Tweet