‘Bones’ Series Finale Was Exactly What I Needed It to Be 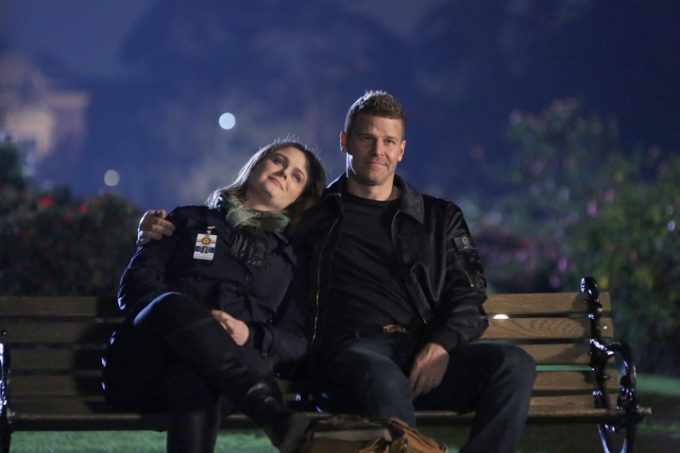 It’s been a month of series enders for some of my favorite shows, with the Bones series finale smack dab in the middle. While I was in such denial about The Vampire Diaries that I started the series over again and I’m currently in a tizzy about the upcoming Grimm finale, the Bones series finale was exactly what I needed it to be. Warning, this post contains major spoilers.

Bones Ends on a High Note, Gives Hope for the Future

Bones has been one of my top five favorite shows since it first aired way back in 2005, the same year my son was born. It’s funny, because after watching the first episode, I wasn’t sure if I was going to like it. I watched it because of David Boreanaz (Buffy is one of my all-time favorite shows). By the second episode, though, I was hooked. Throughout the last 12 seasons, the show has taught me something new every week, made me laugh, made me bawl (oh, Sweets!) and gave me something I craved so much in a TV show: a couple that managed to stay together through thick and thin. Too often, shows finally give you the big emotional payoff of seeing a couple get together, only to rip them apart the next episode (I’m looking at you, Vampire Diaries!). Going into the finale, I was terrified that my favorite show would break tradition and wreck my life with a horrifying ending. After all, the episode before the finale ended with an explosion that decimated the lab. In the preview for the finale, I swear I heard Booth say “just remember I always loved you.” Loved. As in past tense. Sneaky, sneaky! I imagined Bones dying, Booth dying, Angela losing her baby. Maybe worse, I imagined everyone going their own separate ways when it was all over. I hate that, it makes it feel so very, very final. I like to imagine my favorite characters continuing their lives the way I’m used to seeing them…together.

The end of Bones may have felt anticlimactic to viewers who were expecting a bit more destruction and chaos. Instead, it ended quite like an episode in the middle of a season would, with Bones and Booth bickering a bit as they walked off into the moonlight. Okay, so the lab is in ruins and needs to be rebuilt, Cam is taking time off to be with her new family and Hodgins FINALLY gets to be the true King of the Lab, but it didn’t feel like an ending. It felt like a “this is where we part ways with the viewer on our journey, but rest assured our journey continues.”

It also leaves the door wide open for a reunion show! Boreanaz told the Huffington Post ““I think it’s done in a way that is open to the audience and the fans to say thank you for these 12 seasons,” and I couldn’t agree more. He went on to say that he wouldn’t say no to a reunion, depending on how it was set up and what he was doing in his life at the time. He also said that the series kind of ended where it all began. I totally agree, and that’s what made it just what I needed.

I will miss Bones. Thank you to the amazing cast and crew for giving us 12 fabulous seasons, and for showing the world that “squints” rule.

Did you watch the Bones series finale? What were your thoughts?