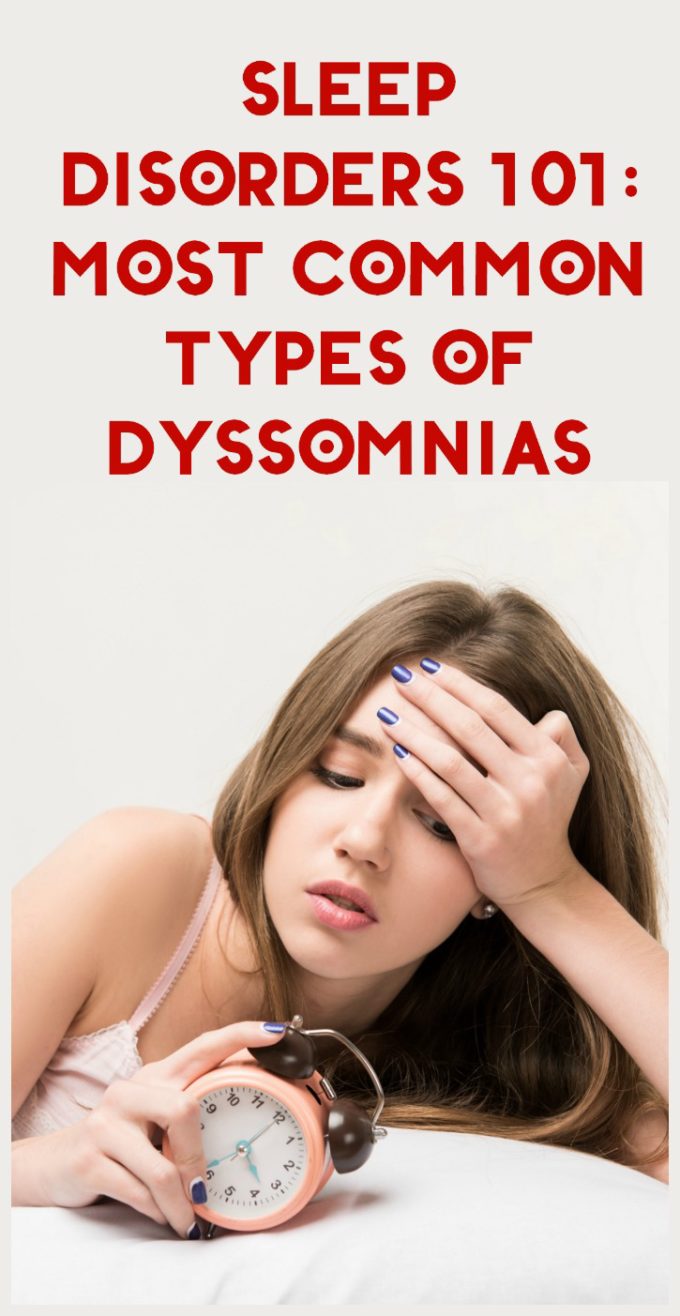 As someone who has struggled with difficulty sleeping most of my life, I find sleep disorders incredibly fascinating. Partially because I have been searching for what makes my own sleep so dysfunctional, and partly because I think it’s just astounding how something that should be so simple can become so incredibly challenging for millions of people. I have a post coming up on some of my favorite natural remedies for insomnia, but before we get to that, I thought it would be helpful to understand some of the more common sleep disorders. Special thanks to today’s guest writer, Ben of Tuck.com, for putting this together! *As always, please talk to your doctor about any medical concerns you may have. This is not meant to be taken as medical advice. While the article mentions some of the more common medications used for sleep disorders, it is not an endorsement of said medications.

It’s past midnight and you’re still not tired. You slept for eight hours, but you feel sluggish and inattentive. Your partner says that you snore excessively, or that you constantly kick in bed throughout the night. These are all symptoms of sleep disorders (also known as somnipathies), which negatively impact your ability to fall and/or remain asleep. Long-term sleep disorders can affect your overall cognition and sense of awareness, putting you at greater risk of vehicle collisions and workplace accidents. These disorders can also affect your mood and outlook on life, and may put a strain on your relationships with friends and loved ones.

The first step to identifying a sleep disorder in yourself or someone else is to understand their root causes and common symptoms. The most commonly diagnosed sleep disorders are classified as ‘dyssomnias’, which translates to ‘bad sleep’ in Latin. This post will discuss some of the most common dyssomnias reported in sleepers today, as well as some treatments and lifestyle changes than can mitigate their effects.

Insomnia is by far the most prevalent sleep disorder among adults; roughly 95% of men and women report having insomnia at some point in their lives, and one-third claim it has affected them within the last year. Primary insomnia is a condition that occurs independently; secondary insomnia is caused by  another issue, such as chronic pain, illness or other sleep disorders like sleep apnea or restless leg syndrome (see below).

Sleep scientists distinguish between sleep-onset insomnia, which hinders your ability to fall asleep, and sleep-maintenance insomnia, which hinders your ability to stay asleep. They have also identified one month (or four weeks) of sleep problems as an important benchmark; after this point, short-term insomnia is reclassified as chronic insomnia. Use of alcohol, narcotics or sleeping pills can also lead to insomnia; ‘jet lag’, or tiredness after air travel through multiple time zones, is considered a type of short-term insomnia as well.

Treatment for Insomnia: The best insomnia treatment option will depend on the patient. Doctors today prescribe a wide range of medications to treat insomnia, most often ‘Z-drugs’ like Ambien, Sonata and Lunesta. They may also turn to non-pharmaceutical means; these options include cognitive therapy, light and sleep restriction therapy and sleep hygiene adjustments. If the insomnia is occurring due to chronic back pain and other forms of physical discomfort, then exchanging your mattress for a model that provides pain and pressure relief might be a good option too.

Another common dyssomnia is sleep apnea, which involves the temporary loss of breath during sleep. Two primary types of apnea have been identified: obstructive sleep apnea (OSA), which originates due to some sort of blockage in the airway; and the less common central sleep apnea (CSA), which is caused by transmission issues between the brain and nervous system. Complex sleep apnea involves a combination of the two.

The latest surveys suggest that sleep apnea affects roughly 18 million Americans. Choking, gasping and severe snoring are all common symptoms; in some cases of OSA, the sleeper will experience breathlessness up to 30 times per hour. Excessive fatigue and daytime grogginess are among the biggest side effects. In most cases, apnea is detected using a polysomnography test of the brain, heart and lungs.

Treatment for Apnea: Continuous positive airway pressure (CPAP) machines have proven effective for people with OSA; sleepers wear a CPAP mask before bed to boost their overall airflow. For people with CSA, CPAP may also be a good treatment method; doctors also suggest side-sleeping, as well as medications like acetazolamide that reduce the pH of blood and improve respiration.

Abbreviated RLS, this neurological condition is characterized by leg numbness, itchiness and other forms of discomfort throughout the night. Fidgety limbs are another common symptom. These sensations occur when the sleeper’s body is at rest, and usually intensify at night.

Like insomnia, RLS may be primary or secondary. Primary RLS usually occurs due to two factors: irregularities in the area of the brain where the neurotransmitter dopamine is produced; and low concentrations of iron. Genetics may also play a role. Secondary RLS is often linked to issues like renal (kidney) failure, as well as healthy pregnancy.

Treatment of RLS: RLS cases are considered suitable for treatment as long as the patient is experiencing chronic sleeplessness and daytime fatigue. Since 2005, some drugs used to treat Parkinson’s Disease ― including Ropinorole and Pramipexole  ― have proven effective at reducing the symptoms of RLS. These are considered a better option than opioids, which can cause dependency. Iron supplements may also help improve iron levels and minimize the RLS sensations.

Some other common dyssomnias include the following conditions:

Bottom Line: Sleep disorders represent more than just a lousy night’s rest. These are serious conditions that often require some form of medical intervention. Don’t ignore or play down the symptoms if you believe you are experiencing a sleep disorder ― schedule an appointment with your physician to discuss the problem and explore viable, effective solutions.

Ben Murray is a writer and researcher for sleep science hub Tuck.com. He can usually be found running, hiking, biking or kayaking around the Pacific Northwest ― though he enjoys a good nap as much as the next person.