The Crowns of Croswald Will Make You Believe in Magic 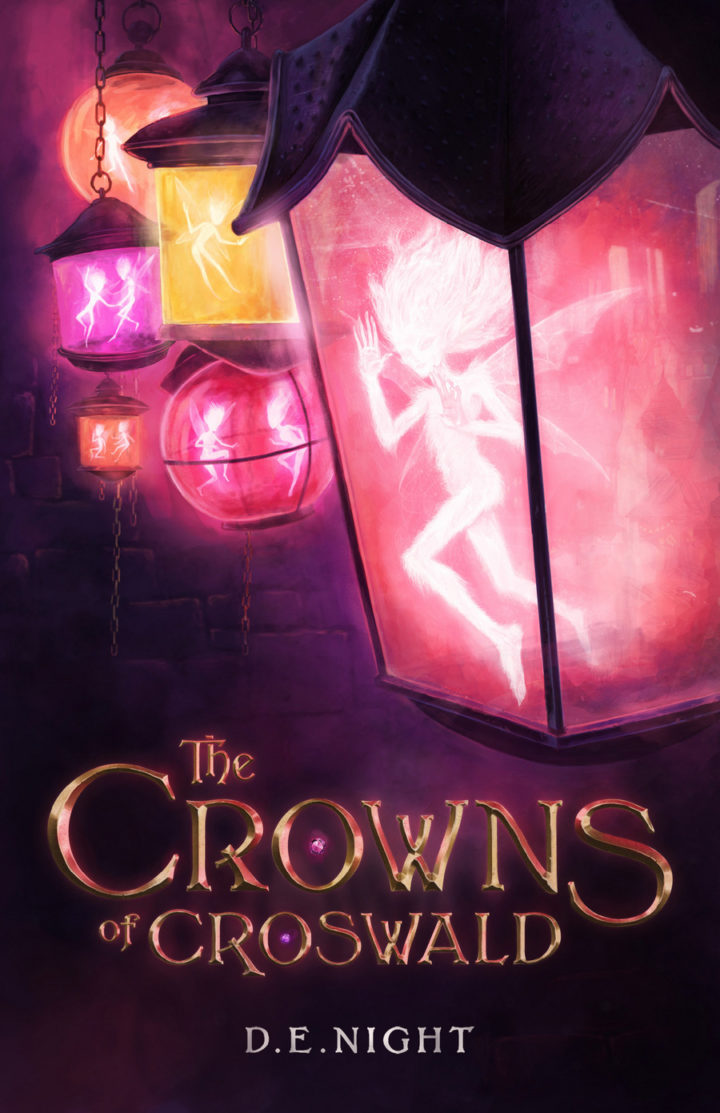 Finding magical reads for middle graders that cast girls as strong main characters is a bit of a challenge, don’t you think? Even my all-time favorite middle-grade fantasy books seem to delegate strong girls to supporting roles.  Author D.E. Night evens the playing field by casting a courageous and charming teen girl as the lead role in of The Crowns of Croswald, a new middle-grade to YA fantasy series that will delight both both boys and girls, old and young. I had a chance to check out a copy before it hit stores and I am definitely hooked! The Crowns of Croswald Book Review

The Crowns of Croswald has been called part Harry Potter, part Percy Jackson, and part Princess Diaries. While the description fits, I don’t think it’s fair to compare books to each other, so I’m not going to expand on that too much. Yes, there’s a magical school. Yes, there’s kind of a “rags to riches” vibe when Ivy gets transported to said school. Beyond that, though, Croswald holds it own and spins an enchanting new world for readers to fall in love with. Check out this gorgeous book trailer (ignore the “preorder now” part, the book is out already):

Here’s the gist: At 16-years-old, Ivy Lovely has spent most of her life as an orphan, hidden away in the “mundane” world, more or less cut off from magic. While life hasn’t always been fair to her, she’s not really a true Cinderella character because, honestly, she’s not all that unhappy. Yes, she has a nemesis in Helga, but for the most part, Ivy is far more content that you would expect her to be, given her situation. That is, until she’s booted from the house where she works and suddenly finds herself homeless. Don’t worry, within the same breath, she’s whisked away to a secret magical school on the other side of the magic border.

It’s at the school (called the Halls of Ivy, hmmm) that Ivy learns she has magic coursing through her veins. With her photographic memory, ability to remember her dreams, love of drawing, and attention to detail, Ivy definitely takes after the Scriveners (one of the two types of magical beings). Unfortunately, Ivy’s life and schooling takes a dramatic turn when the evil queen who rules the land decides that Ivy is a threat. Throughout the story, Ivy tries to unearth her past, learn more about who she is and where she came from, and save the magical land of Croswald from the evil queen.

The only thing I didn’t like was the fact that it ended, and now I have to wait for the sequel! The plot moves along at breakneck speed with no dull moments, so the ending just kind of sneaks up on you. I’m looking forward to seeing how not just Ivy evolves, but the other characters as well. If you’re looking for a magical adventure with substance and imagination, The Crowns of Croswald is definitely a must-read!