10 Reasons Why You Should Make Time for Tea 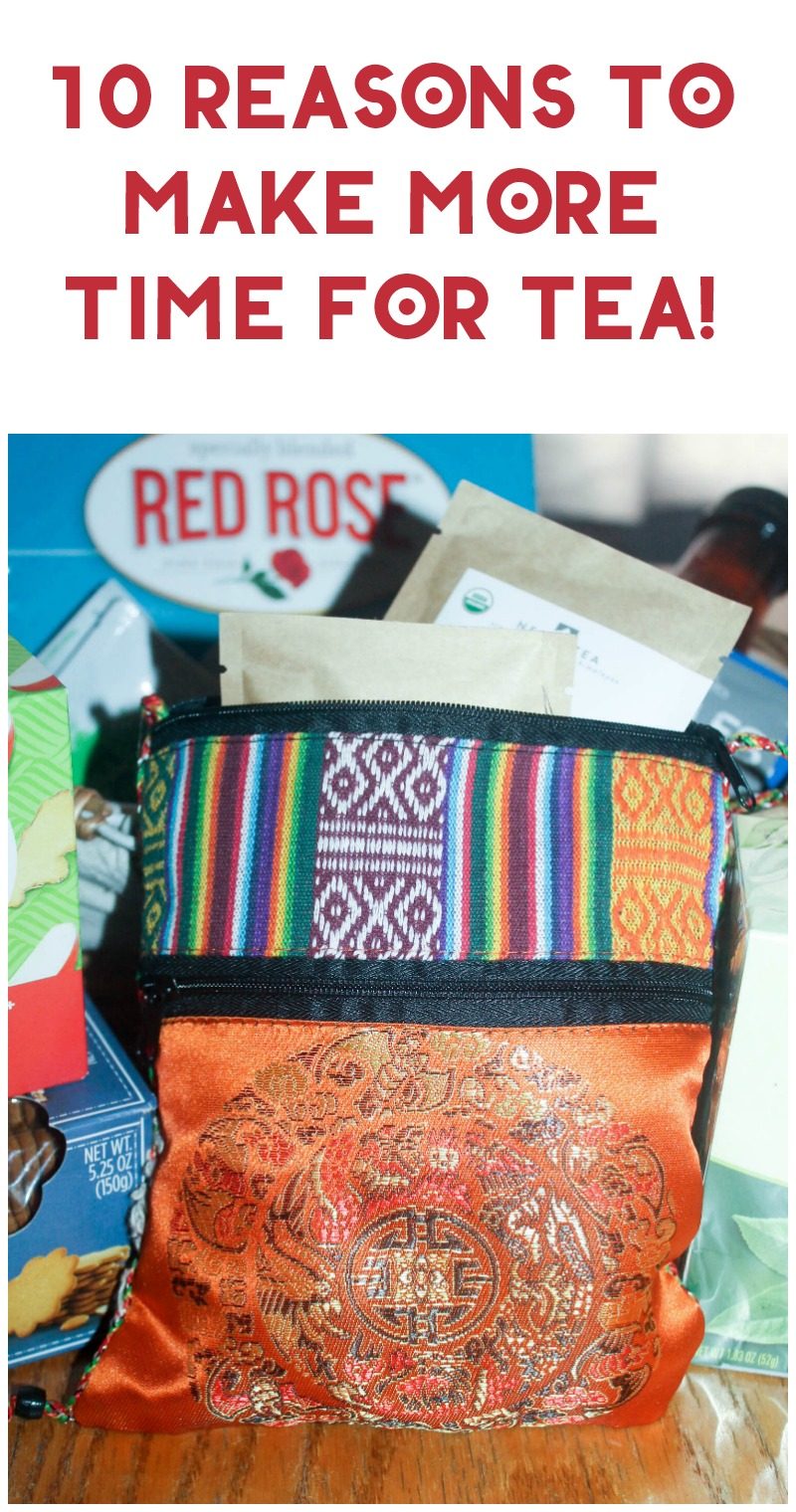 Are you making time for tea? If not, you should be! Not only is it delicious, but hot tea has so many potential benefits. Let’s check out a few reasons why tea should be part of your everyday life, then keep reading for a chance to win a spectacular tea gift basket! One of my New Year’s Unresolutions this year is to drink more tea. I used to drink several cups a day, but somewhere along the last few years I got out of the habit.  I drink an insane amount of coffee, and while I’ll never give it up, I am trying to cut back just a smidge (I was up to 6 cups a day a few months ago, down to 3-4 now). I also drink too much diet soda, and I think all the aspartame is contributing to my migraines. Tea helps me cut down on both soda and coffee, AND helps me drink more water (more on that in a minute). Basically, it covers three resolutions in one cup! Need a push to drink more tea? Here are my top ten reasons why I’m making it a part of my everyday life.

10 Reasons Why You Should Be Drinking More Tea

A few quick little things before we get into the list. I received an amazing gift basket and tea-related goodies from the Tea Council in exchange for this post. They are also sponsoring the giveaway portion of this post. All opinions are my own. The information below is not meant to be taken as medical advice. 1. Tea may help reduce the risk of heart disease

May being the operative word there, as the FDA gets super grumpy when you make any medical claims that they don’t support. Tea contains flavonoids. Studies show that these flavonoids can reduce the risk of heart disease and inhibit the development of atherosclerosis (basically, clogged arteries).

2. It keeps you hydrated

Once upon a time, we were told that only water keeps you hydrated, and that anything with caffeine in it actually robs your body of hydration. Thank goodness scientists came along and disproved that theory. I’m not a big fan of plain water (except in the middle of the night, when I get crazy thirsty from my allergy or migraine meds). Turns out, when it comes to keeping you hydrated, black tea works almost as well as water. Studies show that it’s “not significantly different from water in the maintenance of normal hydration.”

3. Less caffeine than coffee (yet still enough to give you a bit of a boost)

If you’re trying to cut back on caffeine without completely giving it up, tea is the way to go. According to the Mayo Clinic, brewed black tea has between 25-48 mg of caffeine per cup. Green tea only has 25-29 (I always thought green had more caffeine, but apparently I was wrong). Coffee, by comparison, averages between 95-165 mg per cup. While herbal tea rarely has caffeine, it’s also not a true tea but rather a tisane. This article from the Tea Association of the USA does a good job of explaining the difference.

4. Green tea may improve the results of your workout

Want to get the most out of your workout? Try drinking a cup of green tea before you get started! The catechins in green tea may increase your muscle endurance by boosting your body’s ability to burn fat as energy.

5. Tea may help reduce the risk of cancer

This is definitely one where the word “may” matters. While there are tons of studies indicating that tea may provide protection against certain types of cancer, I am super cautious about saying that something prevents it. There is no miracle magical super-shield against cancer. I know this all too well. My aunt did everything right and still got robbed of seeing her son graduate high school when brain cancer stole her life too early. That said, preliminary research indicates that the antioxidants in tea can help protect you against free-radical damage. The Tea Council has a great health benefits fact sheet that lists all the different cancers and the studies that go along with them.

The same reasons that tea may help reduce the risk of cancer plays a role in other ways that it can protect your body. Generally speaking, your body is designed to fight free radicals on its own. A healthy body does a pretty good job of dealing with their threats (which can be responsible for everything from heart disease to neurological disorders). Sometimes, though, even the healthiest body could use a little backup. Tea has antioxidants that give your body that extra boost.

7. Tea may be good for your brain!

Tea has a ton of potential benefits for your brain. One study showed that theanine (which is found almost exclusively in tea) helped protect against memory damage in animals. Another study showed that drinking green tea daily delayed memory regression in elderly rats.

8. Could help control your waistline

One study found that hot tea drinkers had a lower BMI score and lower average waistline than non-tea drinkers. Bad news for iced-tea drinkers, that same study found the opposite was true. I think it’s because we put a lot more sugar in iced-tea than hot. I know that’s true for me. I put maybe a splash of cream and a tiny bit of honey or real sugar in my hot tea, but prefer my iced-tea a lot sweeter.

In a study involving hamsters, the animals that were fed water with black tea extracts had 63.7% fewer cavities than those who were fed just plain water. Tea is minimally erosive to your teeth, and definitely a lot better than soda or juice. Another study shows that drinking green tea may help reduce gum disease.

10. It’s incredibly diverse, so there’s a tea for everyone

While all true teas come from the same plant- the  Camellia sinensis- there are still different types for different tastes. Kind of like how all brewed coffee comes from the Arabica plant (or is it a tree? I can’t recall) yet still tastes significantly different depending on how it’s made. Let’s check out the four main types. FYI, Rooibos, or red tea, isn’t a true tea. It comes from a different plant entirely. Some tea type lists also mention dark tea, which is just fermented green or oolong tea, and yellow tea, which is basically a crazy-expensive type of tea that is only produced properly in a few parts of China. If you’re not paying an arm and a leg for it, chances are you’re getting green tea passed off as yellow. 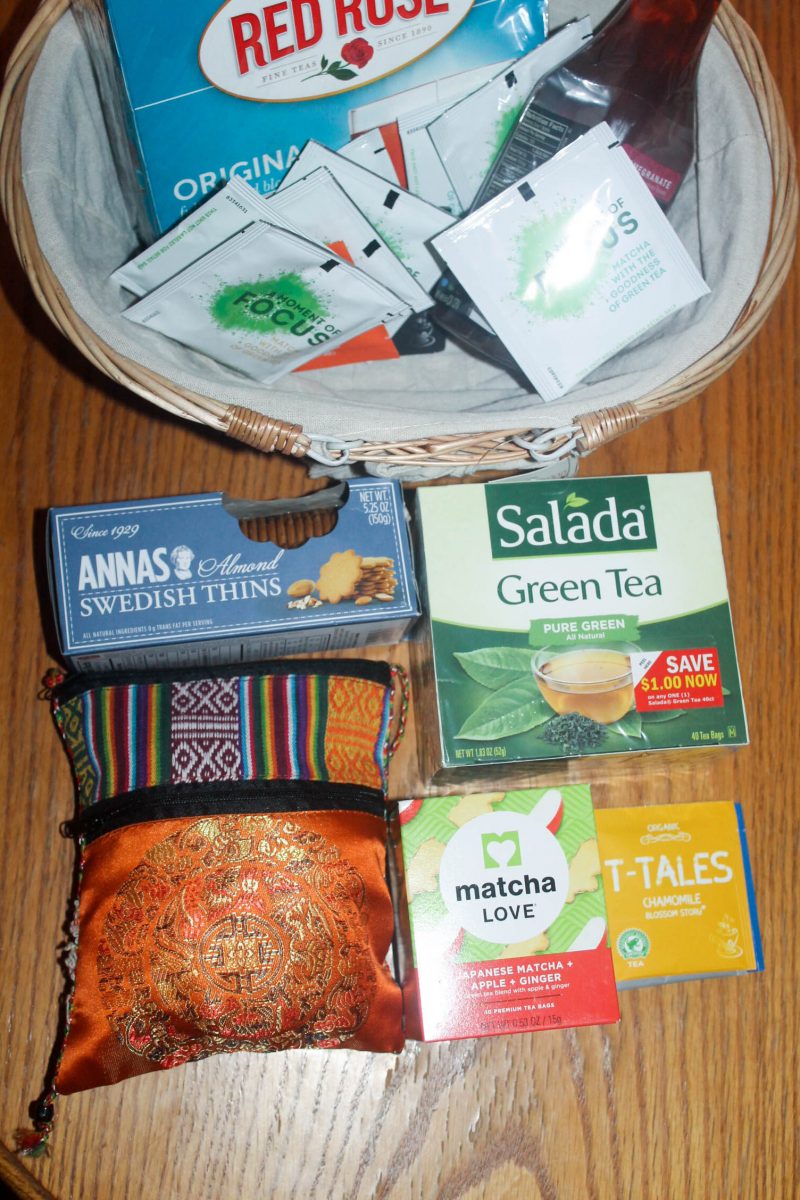 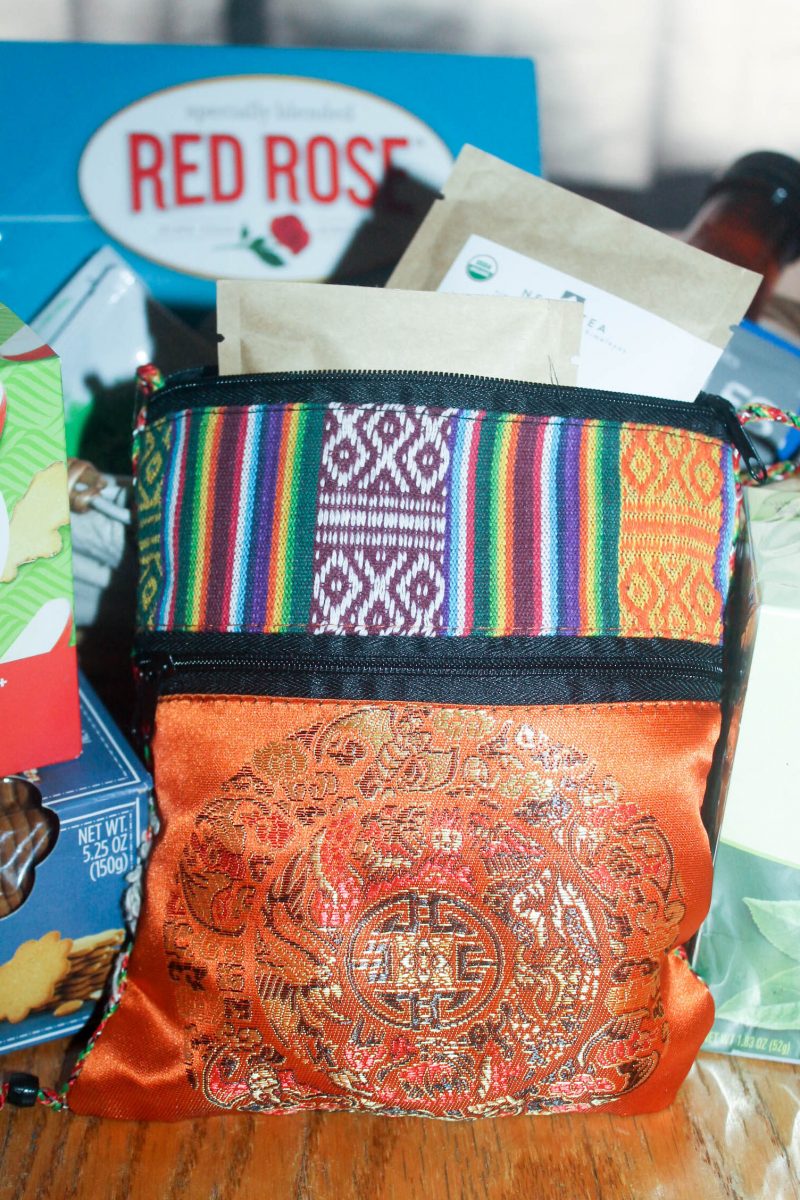 Even within each type of tea, you’ll find plenty of variations. Teas can be flavored in a few different ways. Some teas include herbs, fruits, etc in the bag so they all kind of join together in one harmonious flavor. Some use essential oil extracts to flavor the leaves. Yes, some can even be artificially flavored, but unless you’re going for really wacky flavors (like cotton candy tea, which probably exists somewhere), you can almost always find a naturally-flavored tea. Visit the Tea Council of the USA or follow @TeaCouncil on Twitter to learn more about the benefits, types and characteristics of tea.

What are your favorite benefits of drinking tea? Tell me below!