Get “The Flame of Battle” by Pauline Creeden – Available Now! 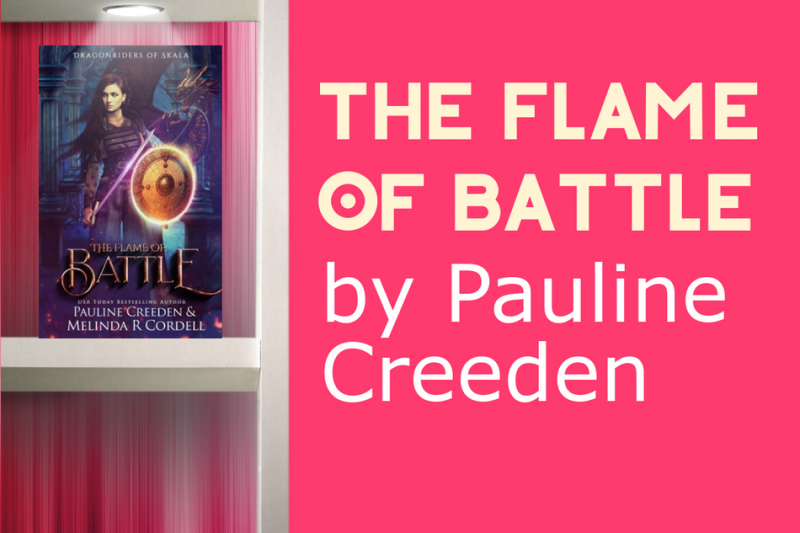 In the flame of battle, even the innocent get burned…

Dyrfinna is a born commander. She bests her peers in dragon riding, sword fighting, and battle strategy. So when the Queen calls the people of Skala to battle to revenge her murdered daughter, Dyrfinna outfits a ship and brings a crew.

Once in the field, Dyrfinna leads her troops to victory in a series of hard-fought battles against overwhelming odds. Yet a commander is raised over her, and because of his clumsy leadership, a great disaster results in the massacre of a quarter of the Queen’s army. Then the commander unfairly blames a second disaster on Dyrfinna. The wrong stroke of her sword could undo everything she’s ever worked for, earn her the fury of her friends … and exile to certain death.

But you can’t keep a true warrior down. When things are darkest, a flame rises out of the desolation.

Free in Kindle Unlimited or buy on Amazon

Peek Inside The Flame of Battle!

Pauline Creeden is a horse trainer from Virginia, but writing is her therapy. In her fiction, she creates worlds that are both familiar and strange, often pulling the veil between dimensions. She becomes the main character in each of her stories, and because she has ADD, she will get bored if she pretends to be one person for too long.