Check out The Gift of Love Book Blast 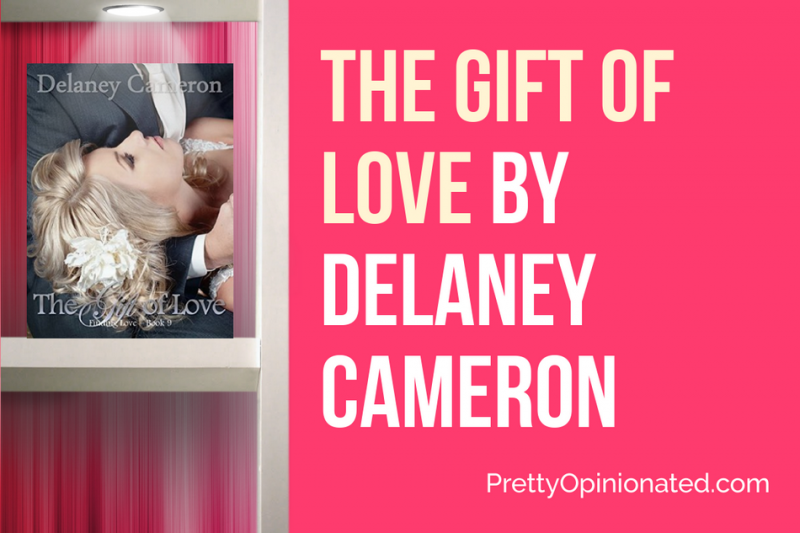 The Gift of Love by Delaney Cameron

Leah didn’t plan to still be searching for love so late in her twenties. Her looks almost guaranteed her success with the opposite sex, but quantity doesn’t mean quality. Good thing she’s got a great career to fall back on. The only dark cloud on that particular horizon is the enigmatic Dr. Levy, the man she’s come to think of as a permanent thorn in her side. Brilliant and handsome he most certainly is, but that doesn’t make up for the fact that he’s also stern, impatient, and bad-tempered. Oddly enough, it isn’t their mostly negative encounters that linger in her mind. Instead it’s the sadness she glimpses from time to time in his face. There’s no explanation for why she’s so bothered by this, nor can she imagine a situation where she’ll be in a position to discover the cause of his silent misery. All of which means she’s wasting her time. If anyone can take care of himself, it’s Dr. Levy.

Stratton had only been at Hutchison Clinic a short time before he heard about the beautiful nurse on the second floor. In his usual skeptical fashion he discounted the gossip until he saw Leah for himself. He had no problem admitting that the reports of her beauty hadn’t been exaggerated, but appreciation was as far as he was prepared to go. Love, romance and the so-called happily-ever-after only exist in the movies. Putting your happiness in someone else’s hands is just begging to be hurt. He has a monthly alimony payment to prove it. Getting his family and friends to understand his preference for bachelorhood isn’t so easy. While he appreciates their concern, he doesn’t need the complication of something with such overwhelming odds of failure. One ex-wife is enough for any man.

Praise for the Book:

“This book is so good, I couldn’t put it down!! It is a story of love, heartbreak and forgiveness, all told in such a beautiful way you get caught up in Leah and Stratton’s life and love. A good series and this is the best one.” Joyeli3, Amazon reviewer.

“The journey that Ms. Cameron takes us on with Stratton and Leah was simply amazing. This book brought up several emotionsfor me. I loved every bit of this book just like I’ve enjoyed every one of her books.” J. Simpson, Amazon reviewer.

“I loved this story. Absolutely fantastic. Loved the characters, the setting, the drama and conclusion this book has. You will love this book from opening to closing. You can’t go wrong. The story is awesome.Ms. Cameron is an excellent author. I can’t stress it enough…Read It!” SCBooklover, Amazon reviewer.

Excerpt from The Gift of Love

Leah walked out the side door of the house and didn’t look back. She’d known going to this party would be a mistake. What had she expected? This is what happens when you’re dumb enough to go on a trip with three other girls, only one of whom you’re reasonably acquainted with.

A shudder went through her that had nothing to do with the coolness of the night air. It had everything to do with being around guys who don’t understand what ‘no’ means. She wasn’t going to spend the rest of the evening hiding in the bathroom. The cabin belonging to Jessie’s parents that overlooked Lake Oconee was only a few miles away. She could be there in an hour if she walked fast.

It was strange that she felt safer on a lonely road than in a house full of people. She’d always been afraid of the dark; now it seemed like a haven. A sweater would have been nice, but then again, she hadn’t expected to be returning from this adventure on foot. Not bringing the right clothes was the least of the mistakes she’d made lately, but thankfully the end of this disastrous weekend was in sight. By tomorrow evening, she’d be back in Myrtle Beach.

The flash of a set of powerful headlights had her groaning inwardly. She moved off the road and reached in her pocket for her phone. Please don’t stop, she pleaded inside her head. In spite of this silent request, the profile of a truck pulled alongside her followed by the ominous low whine of the window sliding down. Great! This was just what she needed to make this terrible night complete.

“Excuse me, miss,” said the last voice she expected to hear. “Do you need a ride?”

Of all people, why did it have to be him? Was she ever going to be in a situation with this man that wasn’t embarrassing? At least he hadn’t recognized her yet. Hopefully, she could keep it that way. Not looking at him, she lowered her voice before replying, “No, thanks.”

“Are you sure?” his deep voice persisted.

“Very sure. My house is the next driveway.”

Dr. Levy laughed and for some reason Leah’s heart began to beat faster. She quickly found a reason for this anomaly. She’d never heard him laugh before. She’d even entertained the thought that he’d forgotten how. Like everything else about him, it was hard to ignore.

“That’s quite a coincidence,” he was saying. “My house is the next driveway, too.”

She might as well give up. This just wasn’t her night. “That figures. I can’t even get away with a lie these days.”

“There’s no need to lie. It’s just common sense.” He leaned across the console and opened the door. With the aid of the dome light, she was able to confirm his identity. She couldn’t decide if it was the absence of the formal attire he wore at work or his ruffled hair that made him appear so much younger and (dare she say it) approachable. Her glance dipped lower, taking in the corded muscles in his arms and chest straining against the material of a long-sleeve t-shirt. Yowza! If the nursing staff at Hutchison’s could see him now… His voice brought her eyes back to his face.

“Leah! What a surprise! I didn’t expect to find you so far away from home.”

That made two of them. “I’m, uh, spending the weekend with friends.”

“Who have apparently left you high and dry. Hop in, and I’ll give you a ride to wherever you’re staying.”

“Are you sure? I hate to take you out of your way.”

He smiled lazily, and this time Leah’s heart actually jumped in her chest. Could shock cause that?

“Let me worry about that.”

Feeling as if she’d stumbled into some kind of twilight zone, she climbed into the truck and reached for the seatbelt. “The address is 48 River Knoll.”

He shook his head in what she assumed was disbelief. “You were planning to walk that far?”

“It was better than staying where I was. Is your house really the next driveway?”

“I may be a lot of things, but I’m not a liar. My uncle left me a small cabin on the lake.” He pulled back on the road. “You picked a good time to visit this area. The dogwood trees are at their peak right now.”

Leah forced herself to relax against the seat. “That’s the main reason I came on this trip. Spring is my favorite time of year.”

“Mine, too. Are you from Myrtle Beach originally?”

“No. I grew up in Columbus, Georgia.”

He sent her a quick sideways glance. “You don’t say? I’m from Stone Mountain, which means we’re both Georgians. That must count for something.”

“I guess it does. You can drop me off by the mailbox.”

“I don’t drop off passengers at the mailbox, and in case you haven’t noticed, it’s pitch dark outside. We don’t need you tripping over something.”

Leah lapsed into silence. There was no point in arguing. This somewhat surreal experience would be over soon enough. A few minutes later he drew to a stop in the shadow of the porch.

She unbuckled her seatbelt and fumbled for the door handle. “Thanks for the ride, Dr. Levy.”

He threw her the same amused smile he’d done on those previous occasions. “You’re welcome, Leah. Enjoy the rest of your weekend.”

She barely suppressed a shudder. There had been little enjoyment so far and having Dr. Levy find her in such a predicament hadn’t helped.

I’m a Georgia girl at heart if not by birth. I love to read, watch college football, and spend time with my husband. I’m a hopeless romantic so there will always be a happily ever after in my stories. I also like to write about second chances because love doesn’t always work out the first time.

My books are sweet romances set in both contemporary and regency settings featuring stories about the journey to love, from that first meeting to the point where two people know their hearts are no longer their own. My characters aren’t perfect. They make mistakes and have faults like the rest of us. They learn the sometimes painful truth that the path to love isn’t always smooth, but it’s a road worth traveling.