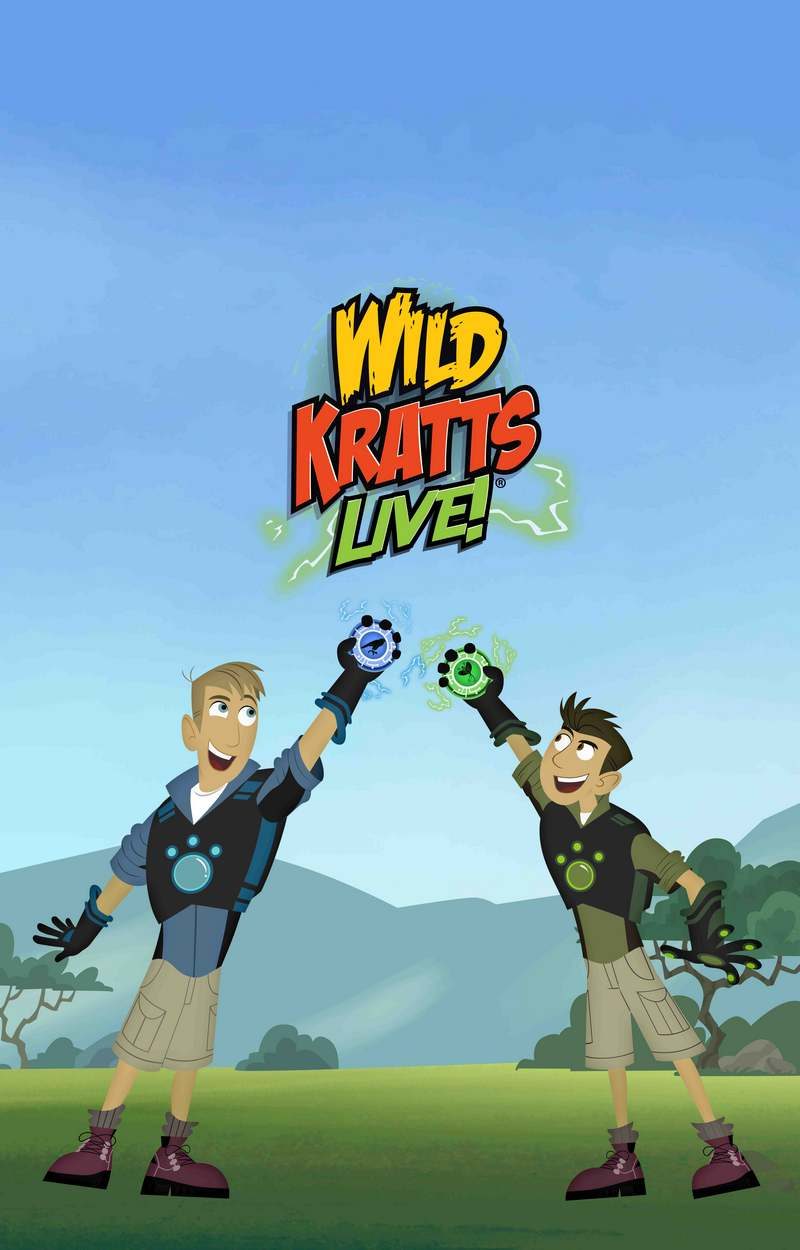 Get ready for a WILD year as the Kratts hit the road, literally! The crazy popular children’s show, Wild Kratts, is coming to a stage near you! Read on for more information, as well as all the Wild Kratts LIVE 2.0 tour dates announced so far! *The below information is directly from the press release. Affiliate links included below.

It’s going to be WILD! Young fans and their families nationwide are in store for even more adventure on the creature trail when the world-famous Kratt Brothers hit the road with an all-new stage adventure! Wild Kratts® LIVE 2.0 – Activate Creature Power®!, the theatrical production starring Martin and Chris Kratt, based on the Emmy-nominated hit PBS KIDS series, will bring audiences along on a “wild” ride with a dynamic mix of live-action and animation. The stage show will begin roaring into venues across the country this September. Tickets are now available, and a list of 2018 tour dates, ticket links, and more information can be found at www.wildkrattslive.com. Additional dates and cities for 2019 will be announced soon. “We are so excited to introduce our new live stage show and meet our fellow ‘creature adventurers’ in cities across the U.S. this fall,” said Chris Kratt, creator, producer and co-star of the Wild Kratts series and co-founder of The Kratt Brothers Company. “Wild Kratts LIVE 2.0 is perfect for explorers of all ages. It features all the excitement and interactive elements that Wild Kratts fans love, plus awesome new Kratt Brothers twists and turns to keep them on the edge of their seats.”

In Wild Kratts LIVE 2.0, Chris and Martin take to the stage to activate new Creature Powers and go “off to the creature rescue!” With some help from Aviva and the rest of the Wild Kratts team, who will be animated and on screen at the Tortuga HQ, the brothers confront a comic villain and once again save the day, sharing fascinating tidbits about some of the world’s most amazing creatures along the way.

Audience members are encouraged to bring along their animal knowledge and participate in the action right from their seats by calling out answers to the questions posed by the Kratt Brothers during the show.

Cities and dates for 2019 will be announced soon.

Since their original Wild Kratts LIVE! touring show launched in 2014, Chris and Martin have performed to wildly-enthusiastic crowds of hundreds of thousands of fans – many of them sporting their own Creature Power Suits, just like the Kratt Brothers do in the popular series – in more than 135 cities across North America.

Produced by The Kratt Brothers Company and 9 Story Media Group, the popular live-action and animated Wild Kratts television show just received its sixth Daytime Emmy nomination for Outstanding Children’s Animated Series. The show airs daily on PBS stations nationwide (check local listings) as well as the new PBS KIDS 24/7 channel and live stream. Now in its sixth season, Wild Kratts is one of the top 3 rated shows on PBS KIDS and the #1 show site and streaming site on pbskids.org. The series is also a top performer on Amazon Prime.

Wild Kratts follows the animated versions of the Kratt Brothers and their friends on hilarious expeditions with wild animals from around the world, complete with animal-inspired gadgets and awesome Creature Power Suits that enable the adventurers to get close to the creatures. Every episode explores an age-appropriate science concept central to an animal’s life and showcases a spectacular wildlife moment, presented with engaging stories of mystery and rescue as well as the Kratt Brothers’ signature brand of laugh-out-loud comedy. The real-life Chris and Martin introduce each episode with a live-action segment that imagines what it would be like to experience a never-before-seen wildlife occurrence and sets the story in motion. Wild Kratts airs in more than 180 countries and is available in 18 languages.