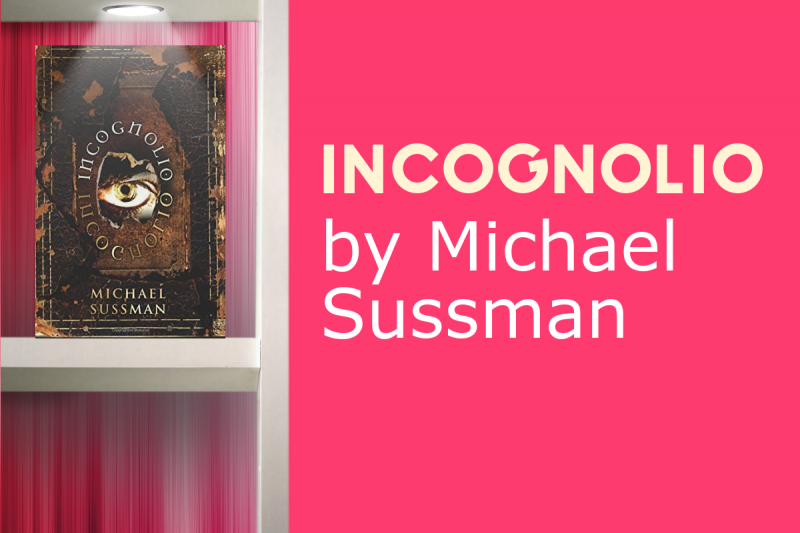 Bewildered but lovable author, Muldoon, is trapped in the dreamlike narrative of his own surrealistic novel. Beginning with just a title—Incognolio—he enters a bizarre fictional realm that plunges him into an identity crisis of anguishing proportions. Is he writing a story in which his stillborn twin sister has come to life, or is he the one who died at birth and it’s his sister who’s writing the novel? Guided only by the whims and dictates of his subconscious mind, Muldoon must unravel the mystery of Incognolio and write his way to freedom or succumb to madness.

Abandoned by a cackle of laughing hyenas, Michael Sussman endured the drudgery and hardships of a

Moldavian orphanage until fleeing with a traveling circus at the age of twelve. A promising career as a trapeze artist was cut short by a concussion that rendered him lame and mute. Sussman wandered the world, getting by on such odd jobs as pet-food tester, cheese sculptor, human scarecrow, and professional mourner while teaching himself the art of fiction. He now lives in Tahiti with Gauguin, an African Grey parrot.