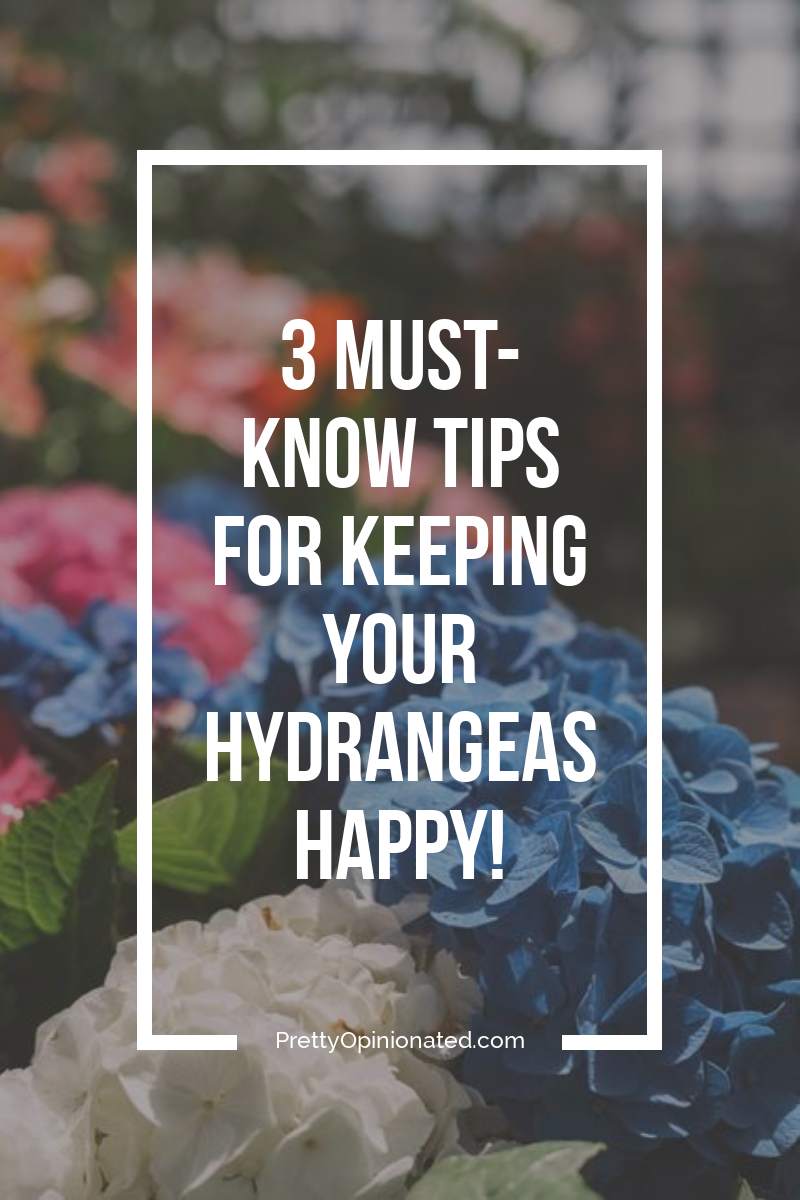 In the spring of 2014, 113.5 million people reported they gardened within the previous 12 months. But now that we’ve reached the summer of 2018, it’s likely that even more gardeners are out tending to their beautiful flora. Arguably, one of the most stunning blooms is the vibrant hydrangea. But while they’re highly desirable, hydrangea may prove frustrating to some gardeners when they don’t blossom the way we want them to. Getting the right results often comes down to selecting the right variety for your soil’s pH and the intended planting spot, as well as regular care. In today’s post, we’ll discuss a few key tips to help your hydrangeas thrive. The name of this flower comes from the Greek words for water (“hydor”) and vessel (“angeion”) due to the shape of its seed pods, which look like miniature water jugs. But not all hydrangeas are created equal. In fact, there are several different varieties, each suited for a different environment. It’s important to do your research and read the tags prior to purchasing so that you’ll have a good shot of allowing your hydrangea to survive.

Some types of hydrangeas need only partial shade, while others require full sun or deep shade. There are even kinds that are drought-tolerant and others that bloom all season. Some hydrangeas don’t do well in certain climate zones; if your area is prone to harsh winters, you’ll need to be very careful about selecting the right cultivar. There are newer varieties that can produce flowers in spite of harsh winters. There are six basic groups of hydrangeas, all with different appearances and hardy qualities.

It’s important to pick a hydrangea that will survive in your climate and will also fit your aesthetic preferences. But while some gardeners care deeply about the shape of the flowers, others are more concerned with their color. The hydrangea’s blue, purple, or pink possibilities are what intrigue many gardeners to take the plunge, but they’re often disappointed when they’re unable to achieve their desired hue.

This usually comes down to the soil, though some newer varieties are actually unchanging in terms of their tone — regardless of anything you might do to the dirt. There are myths that putting nails, coffee grounds, or pennies underneath your plantings will help promote pink flowers to turn blue. But actually, it comes down to the acidity and the amount of aluminum.

Acidic soil with a pH below 7 leads to blue hydrangea flowers, while alkaline soil with a pH above 7 makes pink or purple hydrangeas. Neutral soil (with a pH of 7) often makes white or cream-colored hydrangeas. But why this is so hasn’t always been understood. In the past, experts thought that adding iron or copper into the soil would hold the key to changing the color of the flowers. And though one scientist turned white blossoms yellow by adding molybdenum — an element that’s been used for countless purposes over the past 200 years — it was quickly discovered that to produce this effect outside the lab, the soil would have to be poisoned with this element. So how can you make sure your hydrangea turns the color you want? It might help to understand why this happens in the first place. It’s actually due to the way the plant protects itself from aluminum — which is both common in backyards and toxic to hydrangeas. It’s a bit complex, scientifically speaking, but the soil’s pH determines whether the plant absorbs the aluminum found there or not. If it does absorb it (i.e., in acidic soil), it sparks a chemical reaction which makes the hydrangea blossoms turn blue in color.

Of course, you probably don’t want to try to eliminate or add aluminum into your soil. It’s generally better to just alter its pH level. If you need to make your soil more acidic to produce blue flowers, carefully add some sulfur to the soil. If you want an alkaline soil for pink flowers, you can add lime. Just make sure that these methods will actually work on the varieties you’ve chosen first.

As we explained above, your soil matters a lot. But it’s not just the pH level that makes a difference; the quality and amount of moisture does, too. Hydrangeas generally prefer well-drained soil that is still moist, but many can still tolerate clay, sandy, or normal soil. They do, however, need plenty of water, particularly in the first couple of years after planting or following a drought. You should be careful when fertilizing as well, since overdoing this step can actually discourage blooms and promote too many leaves.

The same can be said for failing to prune these plants. Knowing when to prune should be determined by the hydrangea group (the six types we outlined earlier). While panicle and smooth hydrangeas should be pruned in late winter, the other four (climbing, mountain, bigleaf, and oakleaf) need to be pruned after the flowers are gone in summer. Alternatively, you may not want to even prune these varieties at all. You should typically deadhead (i.e., remove flowers that are done during blooming season to encourage new blooms).

If you’re struggling with a hydrangea that hasn’t bloomed, you may want to take a closer look at the time you pruned it or whether winter temperatures could be to blame. In those cases, it could be that your hydrangea will bloom the following year. However, if it’s simply too old, it may be time to replace.

Maintaining a healthy, happy garden isn’t always the easiest of endeavors. There’s so much that we continue to learn about these beautiful blooms. But if you’re worried about choosing the right variety or ensuring your soil is primed for this plant, we hope these tips have eased some of your concerns and will help you grow the most prized plants on the block.