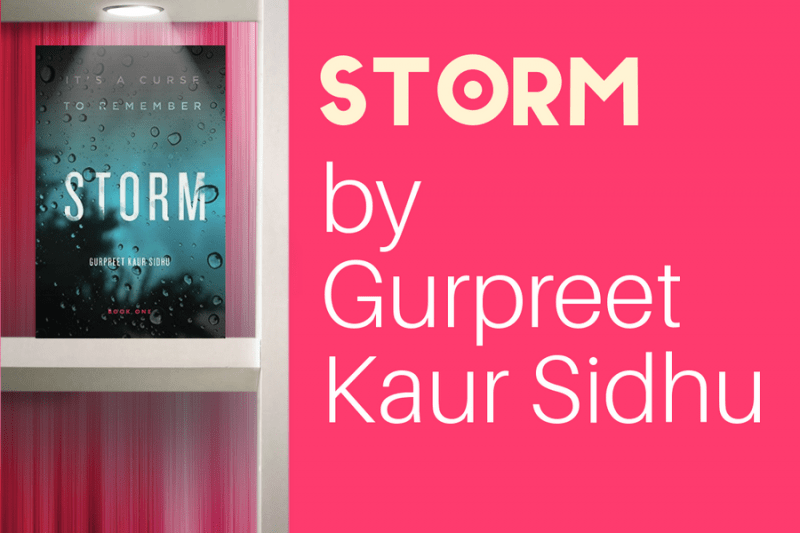 The first in a series, Storm is a twists-and-turns thriller driven by compelling characters challenged by dangerous forces, both external, internal, and eternal.

Evan Storm had been confronted by his past (an unpleasant one at that) in his dreams, and now in his waking life. He is struggling to reconcile the evil that lurks in his soul. Shadow Hex is his new neighbor, who also fears a dangerous past – her former fiancé who works for the Secret Eye Agency (which is as shadowy and sinister as it sounds). Does Shadow hold the key to Evan’s redemption? Is redemption even possible?

Get it on Amazon

Check out an Excerpt from Storm

Evan Storm woke up panting and sweaty. He looked around and realized where he was. He was in his home in Lake View. He was sitting up in his bed, his hair and back drenched in sweat. He reached for the hand towel he’d set on the nightstand the night before.

He glanced over at his alarm clock. It was 3:30 in the morning. This memory of his past life had been haunting him for months and every night he woke up at the same time, terrorized. He wiped his face, trying to remember everything he could. Evan had questions that no one could answer. Why was he remembering his past? What was the meaning behind all of this? Why was this happening to him? And why all of the sudden?

Evan crawled out of bed, steadily walking to the bathroom. He flipped the switch as he stepped on to the warm tiles. Even though it didn’t snow in Lake View, winters had become more cold in the recent years, but bearable. Thankfully, Evan had renovated the floors of the house, having heated floors installed. “The beauty of technology makes life a lot simpler,” he said to the installer. He stood with his hands resting on both sides of the sink, looking into the mirror before him. He looked a lot like Derek Will. His blue eyes twinkled as he raised his chin upward. Evan traced his finger across his jawline, feeling the growing fuzz.

He didn’t know much about himself in his previous life. Whether or not he had children, he wasn’t sure. There were a lot of things that were unclear. However, he was aware of how cruel Derek was to Samantha. It made Evan’s body cringe as the image of Samantha laying on the floor, bloody, crept up on him.

Born and raised in California, Gurpreet Kaur Sidhu always had an insatiable appetite for reading and writing. She

would often be reprimanded for working on literary ventures when she should have been paying attention to teachers. In addition to being a highly accomplished writer, Sidhu is a passionate businesswoman, holding a bachelor’s degree in Business Management and running a women’s clothing company with her younger sister.

For more information about Storm and Gurpreet Kaur Sidhu, please visit and follow: