Feel the Full Force of Battle with CastleStorm for Nintendo Switch 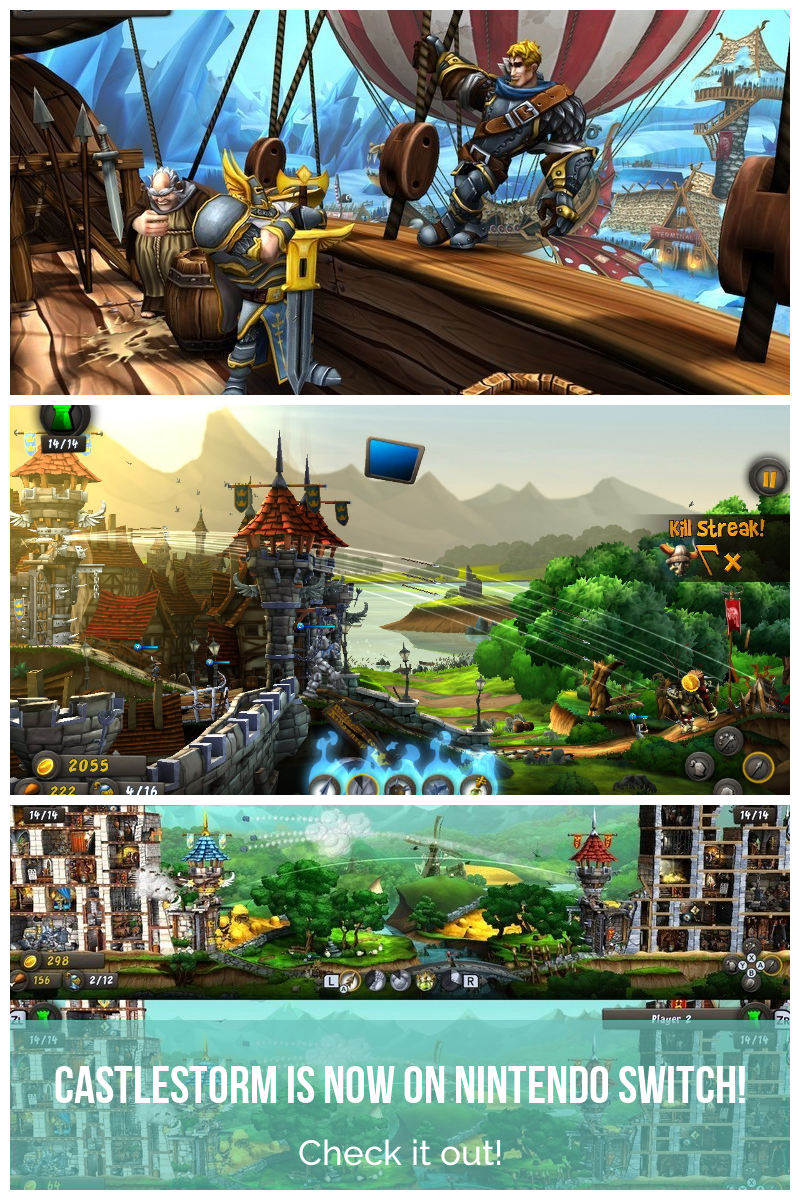 Get ready to feel the rage of battle and the full force of destruction as you take down enemy towers in CastleStorm, now available for Nintendo Switch! The “Best of 2014” award-winning app from Zen Studios delivers a whole new level of excitement at home or on the go with features like HD Rumble and gorgeous graphics.  Read on to learn all about it!

. Affiliate links included below. That means if you make a purchase through these links, I earn a tiny commission at no extra charge to you. Thanks! 😀

CastleStorm is a fun tower defense strategy game that combines comedic cut-screen sequences with medieval warfare, bits of melee action,  and even a bit of physics, creating an epic-fun game that you won’t want to stop playing. Both my son and I had a blast playing it. He loves this type of “tower-destroying” game, and while I lack his level of skills, I found it relatively easy to pick up…yet definitely a challenge to master!

The new Nintendo Switch version, which released on August 16th, delivers even more excitement with features like HD Rumble and multiplayer modes. Check out some of our favorite features: When docked, the game renders at 60 frames per second and at 1080p. In handheld mode, the frames stay the same, but resolution drops down to 720p. I’ve seen some hardcore gamers complain a bit about that, but honestly, I couldn’t really see the difference. I suppose if, like my son, you spend most of your free time staring at a screen and analyzing graphics, you MIGHT notice the difference.

While a great strategy game can get away with little to no backstory, I always find them more engaging when I feel like my character has a purpose. CastleStorm delivers a fun backstory with witty characters and fabulous graphic-rich cut scenes.Help Ser Gareth battle the vikings and win back the stolen gem to bring peace to the realm once again! Of course, if you don’t really care about the story and just want to get back to destroying towers, you can easily skip the cut scene! My son is cut-screen skipper. I like to watch them the first time around, then skip them the next time I play the game. I really love the Castle Builder features because I love making my own buildings. I used to play Sims all of the time, and I spent 90% of my time just building pretty houses. I haven’t been able to play that for a long time, and while Castle Builder isn’t quite as robust as the old Sims games, it’s definitely a lot of fun! Just make sure you construct them wisely, otherwise enemies can knock down your hard work!

The game features 12 rich and vivid environments and an arsenal of hilarious weapons, including apple grenades and homing eagles (because eagles are way tougher than pigeons!). You can use gold to buy new weapons or enhance your castle. Don’t worry, it’s easy to earn gold through game play!

CastleStorm for Nintendo Switch is a must-have game for any fan of the strategy and tower defense genres! Get it now in the Nintendo Shop for just $14.99.