Check out the Dragon Keepers Series & Enter to Win a Kindle Paperwhite! 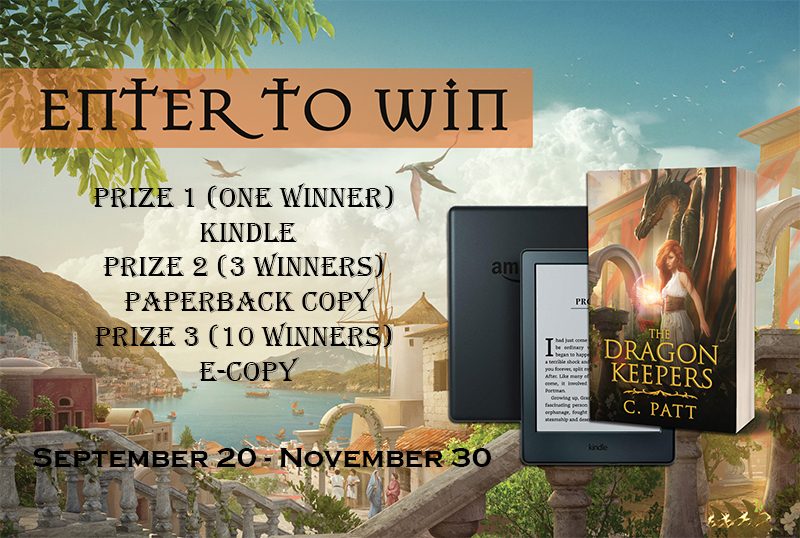 Dragon Keepers is the first novel in the high fantasy debut series by C Patt.
Dragons have long been hunting for knowledge. In addition to coveting vast wealth they also watch over the best minds civilization has to offer. People from far and wide make the treacherous journey to view and add to the libraries of the Royal Court of Atlantis.

Born dragons Celestra Rose and her sister Attatraxia both hold enough music to shift into human form. Both are being trained to one day day take over their mothers place in the Royal Court as Dragon Keepers.
In other lands dragons are hunted to near extinction, or haunted and chained as slaves, putting their species at war with mankind. On their island, they have groomed over time the humans to believe that they can be trained, but only by the most talented of magicians. The Dragon Keepers ensure the safely and well being of the island, protecting it from all who seek to conquer it.

Follow the sister’s on their journey as they learn the complexities of diplomacy and courtship. Only one may remain as Keeper, and the rivalry between the two dragons would be challenged enough for Celestra Rose, only to find that their are humans who wish for her downfall as well.