What is Toxic Stress and How Does it Affect Our Kids? 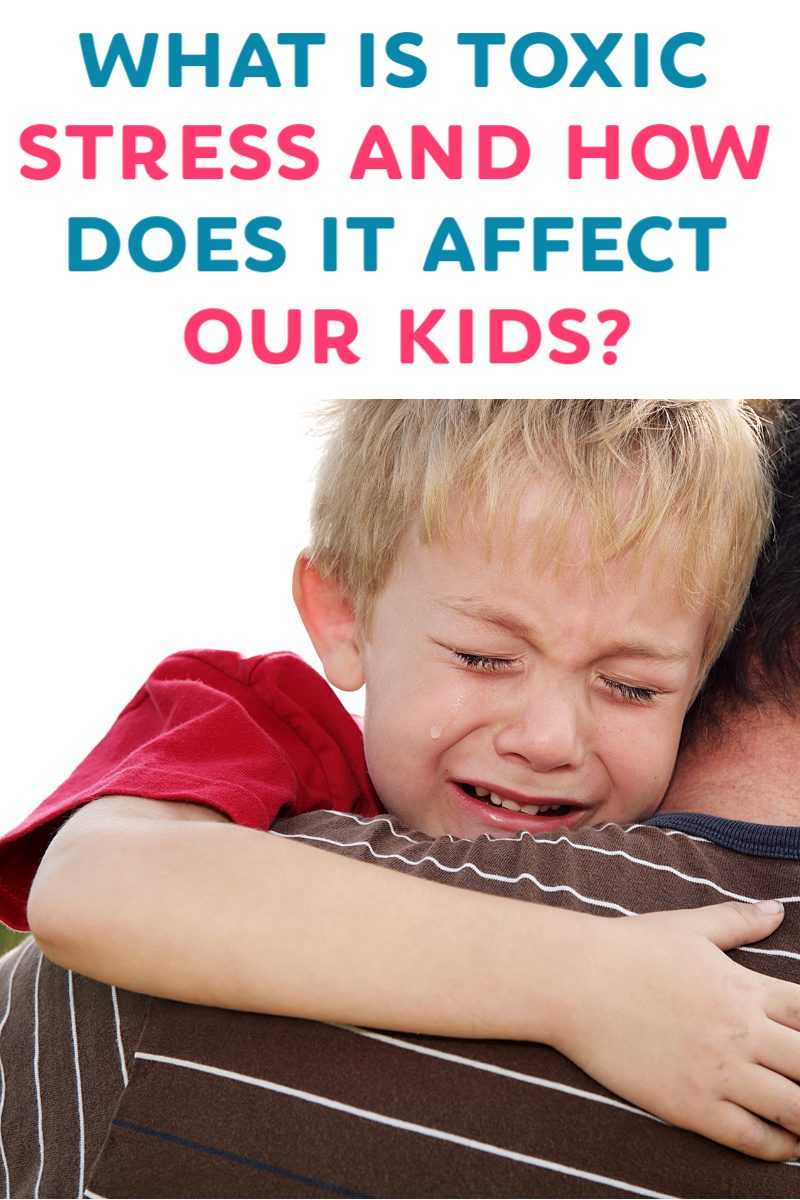 We all know that stress can wreak havoc on our adult bodies. From decreasing our quality of sleep to increasing our risk for heart disease, they call stress the “silent killer” for a very good reason. Have you ever stopped to think, though, about what high levels of stress do to a child’s body? Let me give you a hint: it’s devastating. I partnered with Stress Health, an initiative of the Center For Youth Wellness, to share a series of sponsored posts about how toxic stress affects our kids, and what we can do to turn things around. Today, we’ll talk about what it is and how to figure out if your kids are at risk. Then, over the next couple of months, I’ll share some great tips and stress health resources that will help you better protect your kids. Let’s get started, shall we?

Understanding Stress: The Good, the Bad, and the Ugly

If you’ve ever taken an introduction to psychology course in high school or college, chances are you’ve learned about two different types of stress: good stress and bad stress. Put simply:

That was the super-simplified version, the “overview” of stress that we learned. The American Psychological Association breaks it down further, designating three types of stress that span the “good” vs “bad” categories, from acute stress (the kind that pops up in relation to a situation, then goes away), episodic acute (pops up regularly, like every time you have to drive on the highway), and chronic stress (sustained stress that can either be related to an ongoing issue or occur without rhyme of reason for those of us with anxiety disorder).

Then there is toxic stress. While toxic stress can (and does) affect adults, its impact on our children is the most worrisome. That’s what we’re going to talk about today.

What is Toxic Stress

Toxic stress is exactly what it sounds like: a form of stress so prolonged and severe that it creates a catastrophic effect on our minds and bodies. As we saw above, there is good stress and bad stress. What we didn’t talk about, however, is how even “good” stress can go bad.

See, if you think about it, all forms of good stress have two things in common: a resolution and a support system. Let’s use taking a test as an example and see how stress plays out in two different situations. Johnny comes home from school and tells his mom that his science teacher just announced a HUGE test that will make up 25% of their grade. He’s freaking out a bit because, even though he’s been working hard all semester, he’s right on the cusp — and a low score weighted that heavily could bring his grade down below passing.

His mom helps him devise a study plan, makes flash cards, and bookmarks helpful online resources. “We’ve got this, John,” she says. She works with him every day after school to make sure he understands the material. Before the big test, she makes him a healthy breakfast, sits at the table with him, and reminds him that she’ll be proud of him no matter what grade he gets as long as he does his best. She tells him that if he does fail the test, they’ll work together to find a solution to bring his grade up. Extra credit, a tutor, whatever is necessary. They’re in it together.

John goes off to school feeling confident, not just in the material for the test, but also in the knowledge that, regardless of the outcome, he’ll be just fine. When the test is over, the event ends and he lets out a giant sigh of relief. It’s over. Same situation: Johnny has a big test that makes up a huge part of his grade. He comes home and tells his mom. Instead of offering to help, she freaks out on him. “How could you let your grade get so low in the first place, John? Are you stupid? I didn’t raise you to be stupid! You better get to studying! If you fail, you’ll be grounded for the rest of the semester! No TV, no video games, no friends. Now get out of my sight and get to work!”

John sits alone in his room frantically studying. He makes flash cards. He bookmarks helpful websites. He doesn’t come out until he’s positive that he knows everything there is to know about science. The night before the big test, he can’t eat or sleep. He can’t stop thinking about what his mom said. If he fails, it means he’s stupid. He’s a failure himself. He’s a disappointment. The morning of the test, his mom informs him that just passing isn’t good enough. If he brings home anything less than an A, he’s grounded. After all, she didn’t raise stupid.

During the test, her threats play over and over in his head. He can’t focus. He can’t remember anything that he learned. When it’s over, he’s sure he failed. He thinks about it day and night until he gets the result, which ends up being a C. He’s terrified to tell his mom, terrified of her reaction. When he gets home, he’s grounded as expected. Isolated. No friends, no form of relaxation. Just more studying. More pressure. More stress. There is no resolution, no help from his mom. Just constant, ongoing anxiety.

That, my friends, is toxic stress. It’s brought on by both an emotionally abusive mother and a complete lack of an adult support system, and it significantly impacts our children’s well-being.

How does it affect our children’s overall health?

I think that we underestimate the effect of stress on our children’s overall well-being. I have an acquaintance who thinks that stress in kids is a joke. He likes to say things like “what do they have to be so stressed out about?” He shares memes that essentially poke fun at children and teens that are suffering from stress. This is one of the reasons why he has been downgraded from friend to acquaintance. Stress is not a joke to me. I’ve seen first-hand how it can affect our children. Studies show that suffering from toxic stress during childhood can put your kids at a higher risk for problems in their adult years, including:

As I said, I’ve seen the effects first hand. See, my son was a happy kid throughout the first years of his childhood. Yes, he had his share of adverse childhood experiences, including my separation from his father and a period of time where we were millimeters away from homelessness. I did my best to shield him from these situations, and for the most part I was successful.

Then 3rd grade happened and the bullying began.  It was a mess of a year and for the first time Jake was missing days of school at a time because of stomach bugs, headaches, and more. We struggled through that year, hoping the next one would be better. Fourth grade was worse, and 5th grade even more traumatic. Each year, we worked together with each other, the school, and professionals to try to find a solution. We made it through, but with just a little more cost each time. By the end of 5th grade, Jake was missing the max amount of school without a doctor’s note, plus extra days with a note.

I hoped that things would be different when he got to middle school, that a new crop of kids would mean new friends, new chances to connect. I was wrong. Sixth grade turned out to be the worse year of all. The bullying was out of control, and that was “the year of many losses.” Within a 10-month span, my son lost our three elderly dogs and, even more traumatic, my aunt. He was very close to her.  It got so horrible that I removed him from the school and enrolled him in cyber school.

He’s doing great now, but I worry about the long-term impact of dealing with such a sustained level of stress for so long. I’ve suffered from anxiety disorder most of my life, and I’m already seeing the signs of it in my son. I feel like I did my best, but if I had fully understood the long-term effects of toxic stress, I could have done even more.

Are your kids at risk for Toxic Stress?

Toxic stress is typically the result of adverse childhood experiences, or ACEs (Click here to download an ACEs fact sheet.), a list of negative experiences that were determined during a study by Kaiser and are recognized by the CDC. They include:

Nadine Burke Harris explains it best in this video:

As you can see, ACEs run the gambit from unavoidable situations like divorce and death to things that we can absolutely prevent, like abuse and neglect. However, even with the things that we can’t prevent, there are ways to lessen the blow to our children. To start with, we can be there for them (truly be there, not “checking your phone, thinking about your taxes, multitasking being there”), keep an eye out for signs that they are overwhelmed, and support them through the tough times.

We’re going to talk about more ways to help our children through stress, but in the meantime, take the ACE quiz to determine your child’s risk factors, and visit Stress Health to learn more about toxic stress and the risk factors. I’d also love to hear from you. Do you have a special way to help your kids cope through hard times? Tell me in the comment section.