What is Bakuchiol and Is It Really a Good Retinol Alternative? 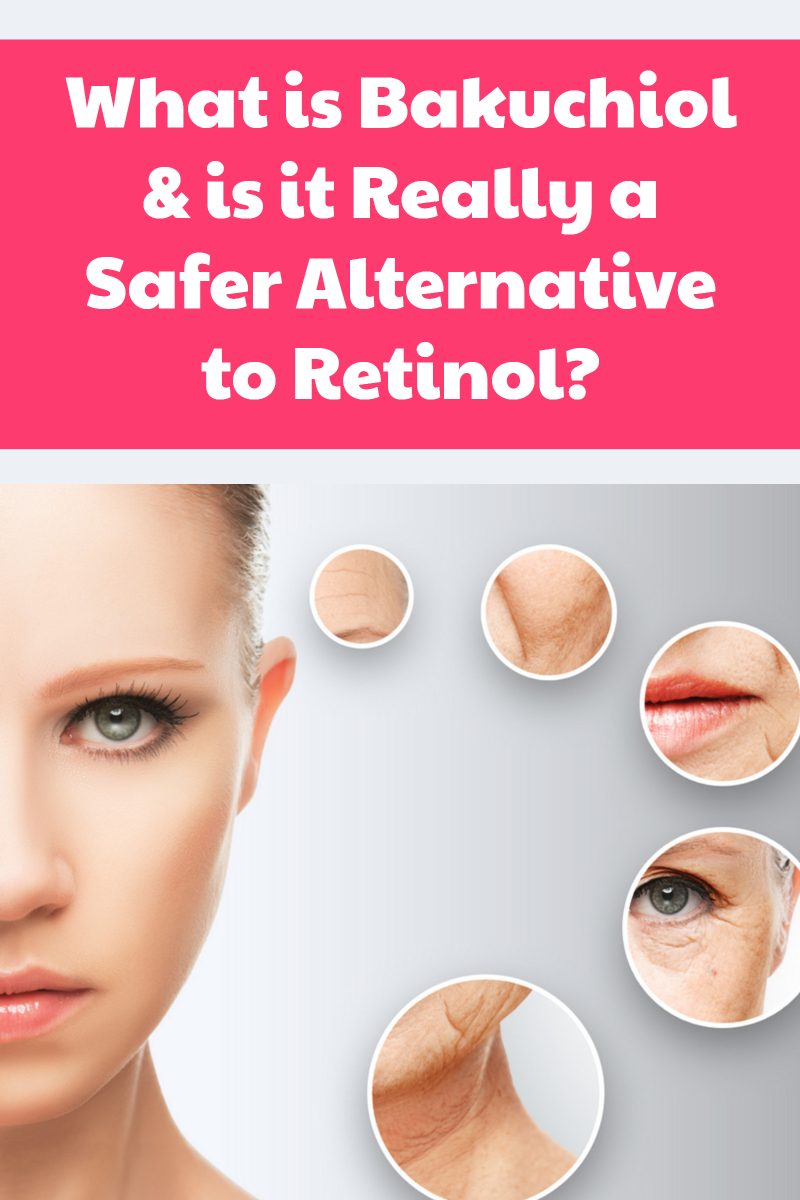 If you’ve been keeping up with the health & beauty trends on Pinterest, chances are you’ve seen bakuchiol pop up quite a few times. The popular skincare product is being touted as the best alternative to retinol, but is it worth the hype? Before you shell out hard-earned money, let’s find out exactly what is bakuchiol and whether it’s something you should try.

This post contains affiliate links. If you make a purchase, I earn a tiny commission at no extra charge to you. Thanks a bunch!

First of all, if you’re having a hard time finding good info on bakuchiol outside of fashion magazines, try searching for babchi oil or just bakuchi oil. You’ll find a whole lot more information!

Bakuchiol is a chemical compound typically found in plants like Babchi (scientific name is Psoralea Corylifolia) and otholobium pubescens. The former is used in Ayurveda, while the latter is a medicinal Peruvian plant.

Although, chemically speaking, it has no structural resemblance to retinol, studies show that it behaves very much like the Vitamin A skin treatment when applied to the skin. These same studies found that bakuchiol is just as effective at fighting the signs of aging as OTC retinols (it’s not quite as strong as prescription skin cream, though).

If it does the same thing as a widely used and accepted skin care product, then why would you want to switch, right? Well, two reasons come to mind.

First, bakuchiol is completely vegan, since it’s always plant-based. Retinol is found in some veggies, but when used in skincare products it’s often sourced from egg yolks or fish livers.

Second, (and most important for me) it’s quite a bit gentler on your skin than Vitamin A products! Many people with skin too sensitive for retinol have found that bakuchiol doesn’t cause the same issues and irritations.

First, I’m not a doctor, and none of this is meant to be taken as medical advice. If you have a skin condition, talk to your dermatologist to decide if bukuchiol is right for you.

As I just said, it’s definitely a gentler option, but is bakuchiol really a safe retinol alternative? For that information, I turned to EWG’s Skin Deep Database. They’ve been my go-to source for unbiased info about skin care ingredients for over a decade. Let’s see how the two ingredients compare.

Skin Deep has their own ratings system that ranks skin care products and ingredients from 1-10, with 1 being the lease hazardous and 10 being the most.

The score is a combination of factors, including the carcinogenic effect of a product, its negative impact on the reproductive process and fetal development, and whether it’s a known allergen.

Retinol scores a 9 on that meter, just one point away from the highest hazard possible. A good chunk of that high score comes from its developmental and reproductive toxicity. Women who are pregnant or trying to become pregnant cannot use prescription retinol. While some sites will tell you that OTC retinoids in skin cream is “safe,” it’s better to just avoid it entirely during pregnancy.

Other problems with retinol include it’s potential to cause tumors (cancer), its implication in cardiovascular conditions, and other not-so-pleasant effects. If you’d like to learn more about the dangers, Skin Deep has a great article called The Problem with Vitamin A.

Vitamin A has its uses, especially when you get it through a healthy diet. The problem is too much Vitamin A. When you’re slathering retinol skin creams all over your face every day, it’s easy to get too much of a “good” thing.

By comparison, bukuchiol scores a 1 on the Skin Deep Ratings. Now, to be fair to retinol, that 1 is based on limited data. With more and more people jumping on the bakuchiol bandwagon, we could potentially see issues arise. However, in my opinion (and solely my opinion), it’s unlikely that we’ll see that number move out of the green.

It’s also considered safe to use while pregnant or breastfeeding, but I’d run it by your doc first.

Does bukuchiol REALLY work as well as retinol?

Earlier, I mentioned a study suggesting that bakuchiol worked just as well as OTC retinols. Let’s clarify that a bit.

If you’re buying retinol skin creams to help fight the signs of aging, bakuchiol is a better alternative in my non-medical opinion. That opinion is backed by research, including multiple studies. In 2018, a British Journal of Dermatology study found that bakuchiol is not only comparable to retinol in fighting aging, it’s also better tolerated overall.

Now, one thing to remember: it takes time for any antiaging cream to start working. You can’t slather it on your face one night and expect to wake up wrinkle-free the next morning. Any OTC skincare product that promises instant results, or even results within days, is lying. Even prescription skincare products take time to work. The only fast fix is cosmetic surgery, and that’s not even all that fast considering the recovery time!

If you’re dealing with a major skin condition and you’ve been prescribed to help you control it, do not switch to bakuchiol without first discussing it with your dermatologist. Bakuchiol may not be as effective as prescription retinols at fighting certain skin issues. On the other hand, it might work just as well. Only your dermatologist can help you figure out if it’s right for you in those cases.

Are there other benefits of bakuchiol besides antiaging properties?

While bakuchiol is popular primarily because of its effectiveness in fighting aging signs, it may also have other benefits as well. I dug through all the studies I could find on bakuchiol and this is what I discovered as far as potential benefits go.

Which bakuchiol product should I buy?

Every time a skin care ingredient gains popularity, a zillion and one products hit the market all at once. It’s hard to decide which ones are worthy of your cash!

Honestly, I haven’t tried bakuchiol skin care products yet, so I’m not comfortable telling you which ones are the best. I will, however, tell you what I look for in a skin care product as well as what I’m looking for as I shop for bakuchiol.

1. Is it overpriced for what it contains?

Bakuchiol is not really an expensive ingredient. While it’s still hard to find on mass retail sites, you can find it on Etsy for under $10 a bottle! So, if you see it selling for $50, $100 or more, check the ingredient label. Unless you see something else that accounts for the price, like rose oil, put it back and move on. FYI, Rosa Damascena Flower Oil is NOT the same thing as true rose oil.

More often than not, you’re paying for the name of a product versus the actual ingredients. Until you know if bakuchiol is right for you (and even after that), just go with something in a budget-friendly range.

2. Are the other ingredients just as safe?

Along with looking for ingredients that may be inflating the price (be it legitimately or artificially), you’ll want to check for ingredients that lower that fantastic safety rating. Babchi oil on its own is gentle. Start tossing in harsh chemicals, though, and it’s just as irritating as its retinol alternative.

Try searching Skin Deep for the product. If that doesn’t work (they have a ton, but not everything), search ingredient by ingredient. Ironically, I’ve seen some bakuchiol skin care products that also contain retinol. Why????

3. Does it actually have bakuchi (babchi) oil in it???

Do a quick search for bakuchiol on your favorite online retailer and tell me what you see. I see maybe one actual bakuchi oil product and about 100+ “retinoid” products. While online retailers with 3rd party sellers are fantastic places to find variety, they’re also easy to game by keyword stuffing the product descriptions, titles, and so on. Before clicking the “buy” button, once again read the ingredients. Look for bakuchiol, babchi oil, or bakuchi oil on the list! If none of those are there, move along.

In answer to the original question: what is bakuchiol and is it really a good retinol alternative, I would say yes! If you are looking for a great antiaging treatment or just have some minor to slightly moderate wrinkles, then it’s definitely a great buy. If you’re in the advanced stages of aging, though, you’ll want to really talk to your dermatologist before ditching the retinol.

Have you tried any bakuchiol skincare products? Which do you like?