7 Best Haunted History Tours Across America Worth A Roadtrip 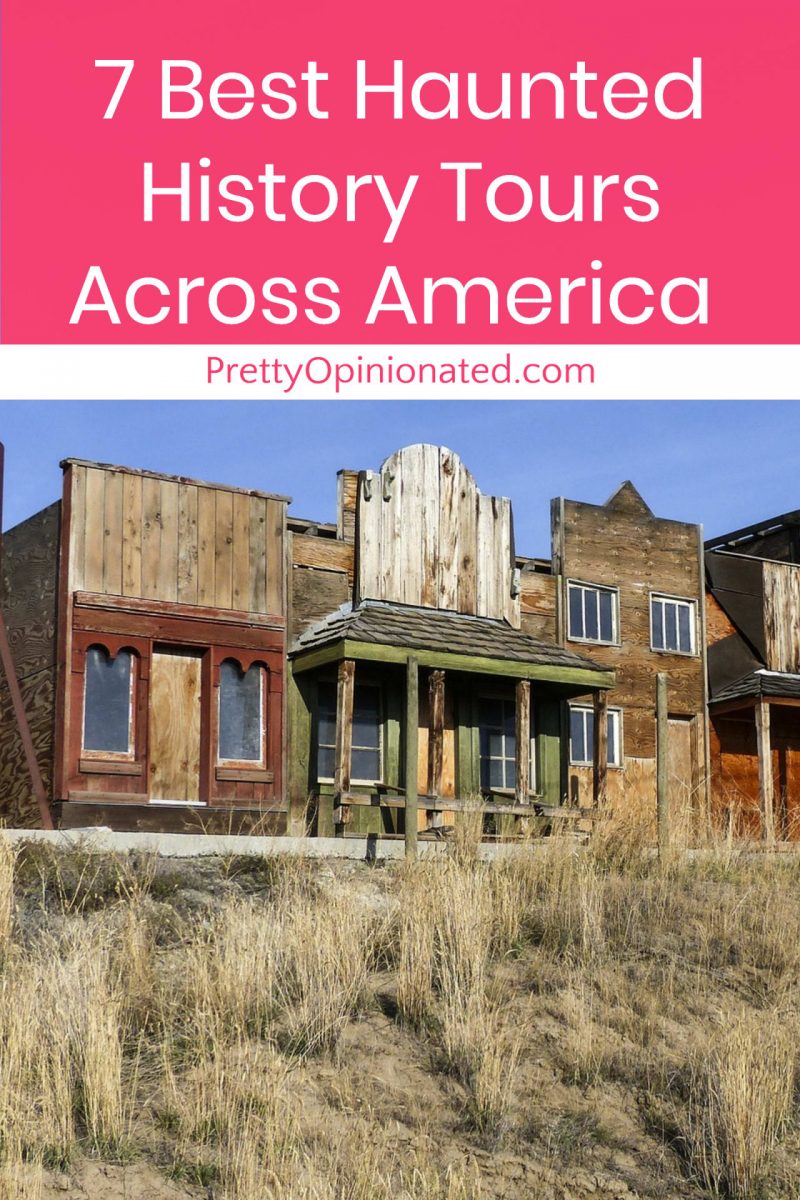 Plan your next road trip and head out to see some of the creepiest and scariest haunted history tours in America. These guide-led ghost tours often give you a different view of a city, a look at some of the history and of course bone-chilling stories that will make you shriek. I’ve been on more than one tour, and there is a tour for those who want to be ghost hunters and those who just want to make a memory and hear some interesting stories. As an insider tip, always check Groupon for deals on tours, whether you are taking a tour locally or traveling for a vacation. Often these tours have deals on deal sites like Groupon. Now you need to check out some of the best haunted history tours in the U.S. now, and start planning your next trip!

7 Best Haunted History Tours Across America Worth A Roadtrip

*Some affiliate links are in this post. If you make a purchase, I get a small commission. Hope you find something you love too!

If you haven’t read Midnight In the Garden of Good And Evil, it’s a really good nonfiction read. The book follows a landmark murder that took place in Savannah in 1981 and takes you through so many twists, turns and quirky residents with thick southern drawls.

Read the book, then take a tour of the streets that follows the books directly with Ghost City Tours. You can breathe in the same spots where the residents lived. If you’re looking for a second tour, I recommend taking a ride with Hearse Ghost Tours, where you are taken around the city in an actual Hearse!

#NightPhotography campaign: The fifth picture of this campaign is a light painting technique for both the 1st Minnesota infantry monument in the foreground and the Pennsylvania monument in the distance. 30 sec. f/7.1 ISO 100 Please note: All photos in this series were taken by park staff in Dec. '16 during normal park operating hours and the monuments were lit for only a very brief time using simple off-the-shelf flashlights. #NightPhotography #GettysburgNPS #Gettysburg #CivilWar #NationalParkService #usinterior

Gettysburg, PA is home to one of the single bloodiest battles in the history of the United States, with well over fifty thousand lives lost in a single battle. For those seeking to learn more about history and hunt for a little paranormal activity, Gettysburg is a hot spot.

If you’re looking for a fun tour to take, check out After Dark Investigations. Not only do they keep the groups small, they also hook you up with all the paranormal equipment for your tour!

It’s no surprise that Salem Massachusetts would be on the list of super creepy and haunted places, with the Salem witch trials and persecutions taking place in 1692. Now visitors can get a real taste by taking the Salem Witch Walk. The walk goes through the history of the witch trials, let’s you visit enchanted sites and visit one of the oldest cemeteries in America with real witches.

If you’re anywhere near West Virginia, then you should stop by to check out the ghost tours from Ghost Tours of Harpers Ferry. This tour has a lot of history, telling both stories and legends of the area based on the book “A Ghostly Tour of Harper’s Ferry.” The tour holds the title of the oldest Ghost Tour in America and has been operating since the 1970s.

A post shared by The Myrtles Plantation (@themyrtlesplantation) on Feb 2, 2017 at 4:41pm PST

Located about half an hour north of Baton Rouge, St. Francisville in Louisiana offers a haunted antebellum experience that is continually a top pick. The Myrtles Plantation is home to at least seven ghosts. Visitors regularly report seeing Chloe, servant girl who was originally spotted by the National Geographic filming crew. You can take tours of the house all week, but the ghost tours are on Friday and Saturday nights!

Looking to be a ghost hunter out west? Check out Bill Speidel’s Underground Tour. Located in Seattle, this tour takes you straight into the underground tunnels of the city equipped with all the ghost gear that paranormal professionals use. Visitors are reporting the tour is both fun and spooky, but also gives you some great history insights of Seattle and comes with a side of tour guides who love a good joke.

Tombstone, AZ is the home to the most infamous coldblooded OK Corral shootout, but there were other western shootouts and haunts that also happened in this area. Take the Tombstone Gunfighter and Ghost tour and hear the haunting stories about them all including the gallows of the courthouse, the site where the losers of the O.K. coral battle died, and the hospital which treated many patients who died in terribly unfortunate ways. This si def the tour for someone who loves everything cowboy, creepy or both!

So what do you think of these haunted tours, have you ever been on one? I’ve been on a few and my favorite by far was the tour where the guide made us laugh the whole way. Are you a serious ghost hunter or do you prefer to listen to the stories and laugh a bit? Tell me down in the comments!