What Can You Learn About Your Cat From the BasePaws DNA Kit? 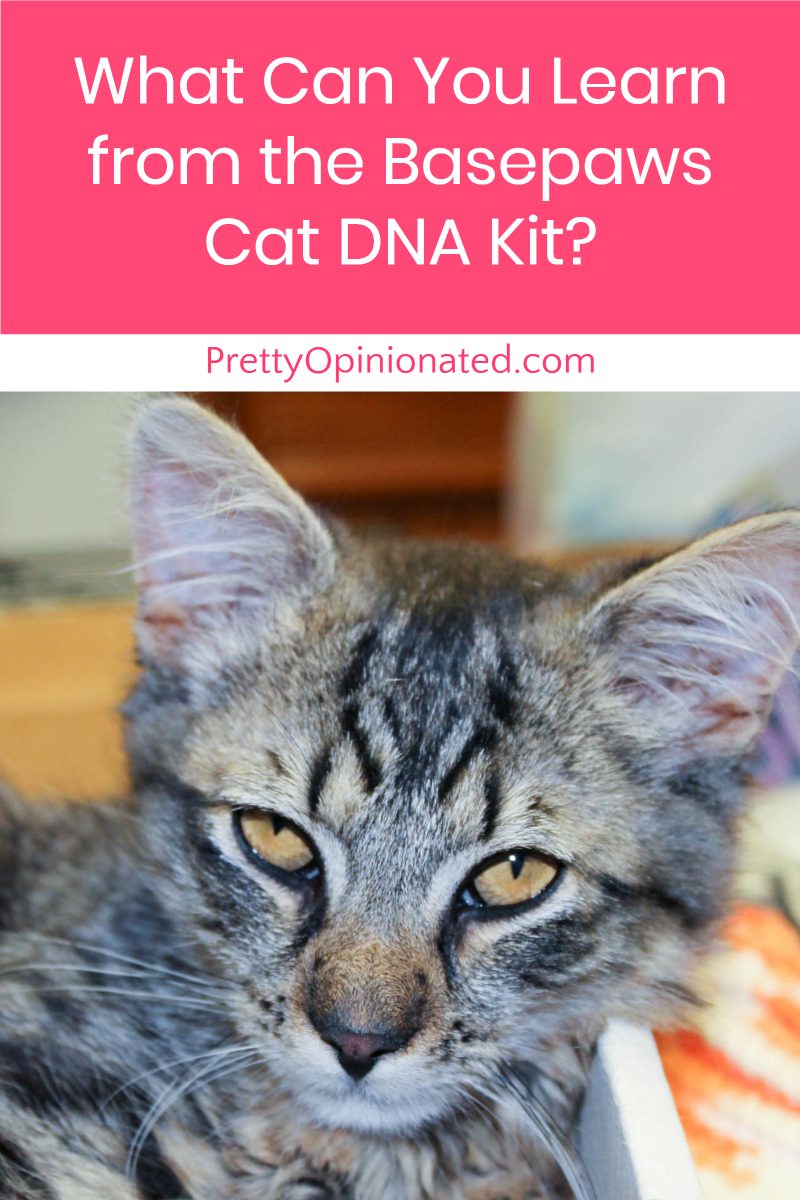 Wondering what you can learn from the Basepaws cat DNA kit? I’m currently waiting on my cat’s results, but in the meantime, I thought I’d share a bit about what you can expect to find out about your own kitty! Ever since we brought Alex the Fuzz in from outside (he was a feral kitten who lost his mama), I’ve been obsessed with trying to figure out what breed he is. Okay, obsessed is a bit of an exaggeration, but I am more curious about him than my other cats. I’m pretty sure they’re just your average American Shorthair, although Zoe may be a little Russian Blue as well.

Alex, though, looks unlike any cat we’ve ever had. In fact, he doesn’t even really look like the other ferals! I am convinced that he has a smidge of Maine Coon in him. Maybe that’s just wishful thinking, though. I’ve always wanted an MC cat!

Basepaws sent me a DNA kit to try out and I just sent it back in the other day, so it’s going to be a few weeks (8-10, actually) before I get the results. I’ll update this post when they come in, but for now, let’s check out some of the features of the cat DNA kit!

What Can Basepaws Cat DNA Kit Tell You?

1. Which domestic cat breeds he’s most similar to

Basepaws doesn’t say, “Oh, your cat is 95% Maine Coon and 5% Persian!” Rather, it gives you an idea of what breeds he’s most similar to based on his genetic composition.

If you look at the sample report, you’ll see that the fictional cat Koko is most similar to Siberian cats, Russian Blues, and Norwegian Forest cats. You’ll also find out which wild cats he’s most like!

Down in the detailed section of the report, you’ll learn fun facts about the breeds, including their origins and personality traits.

If you’ve ever done a 23andMe test and got back results like “10.7% Eastern European,” you know what I mean by “groups.”

Basically, cat breeds fall into three different groupings: Western, Eastern, and Hybrid. The assignment of your cat to a specific group is done by looking at the similarities to other cat breeds that fall into those groups.

In other words, the DNA doesn’t say “he’s an Eastern cat,” but it says, “He’s most like these cats, which are Eastern cats.” Does that make sense? While the chromosome map won’t mean much to those of us who aren’t geneticists, it’s still neat to see.

FYI, if you’re interested in learning more about each gene, the Feline Genetics lab at the University of Missouri can help you make some sense of it.

Although you may need to keep a second browser tab open to interpret their gene interpretations!

4.  Genetic predispositions based on similar breeds

Along with the origins and personality traits found in your cat’s similar breeds, you’ll also get an overview of his potential genetic predispositions. It’s super duper important to keep in mind that these results in no way mean that your cat will or won’t get a specific disease.

Like breed groups, they’re based on similar breeds and not your cat’s actual genetics. A genetic report should never replace an actual medical professional. That goes for both humans and pets!

5. Ongoing updates as we learn more about cat genetics

One of the best things about Basepaws is that it’s not a “one and done” deal. While other pet DNA kits tell you only what is known now and make you pay to retest for updates, Basepaws adds new information to your existing report as it becomes available. I again compare it to 23andMe. I did my DNA test a couple of years ago and still get updates every time they learn something new!

Like I said, I’m still waiting on my cat’s DNA results, and I’ll update this post quite a bit once they come in. I just wanted to get Basepaws on your radar and let you know what’s coming!

In the meantime, head to the Basepaws website to buy your kit! You can also find it on Amazon.

Did you do the Basepaws DNA test on your cat? I’d love to hear about your results!