10 Essential Vaporwave T-Shirts That Are Anything But Basic 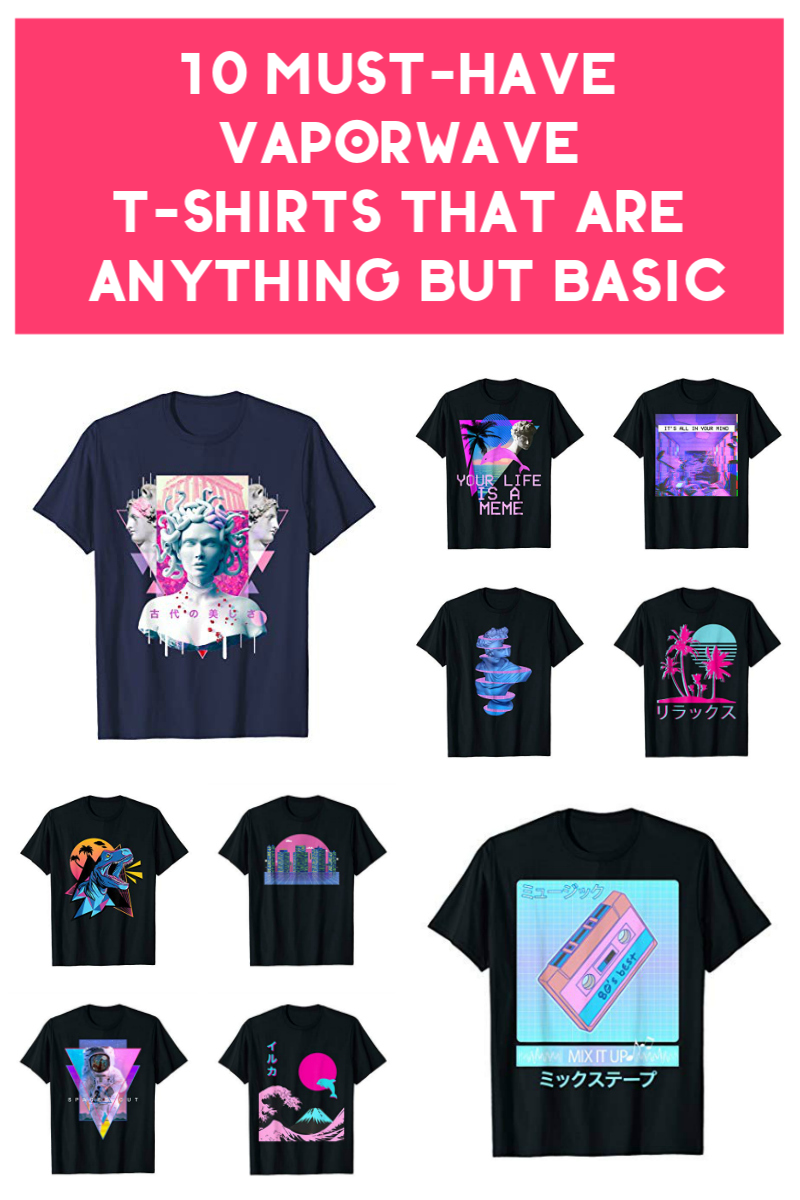 If you haven’t heard of the vaporwave fashion trend, don’t worry, you’re not alone.  When my son asked me to look for vaporwave shirts and hoodies for him, I had no idea what he was talking about, and his super vague explanation didn’t really help. I asked him to show me some good examples and immediately thought, “Oh, so it’s basically 80s neon meets 90s raver kid style meets that weird glitchy thing VHS tapes used to do when the video jack wasn’t plugged in just right!” That about sums up the vaporwave trend!  You’ll understand what I mean as you scroll through my top 20 favorite vaporwave shirts and hoodies (and my total “mom” commentary on each design).

Take a look at the quick list below if you just want to start shopping for vaporwave shirts, then read on for a closer look at each one!

FYI, this post uses affiliate links. If you make a purchase, I get a small commission. Thanks! 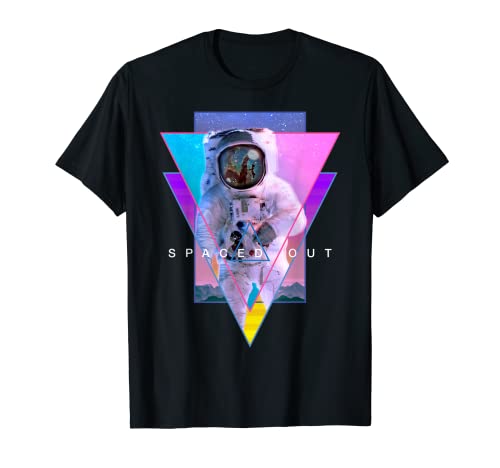 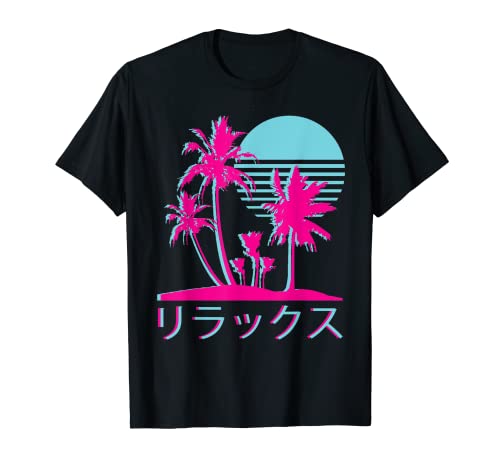 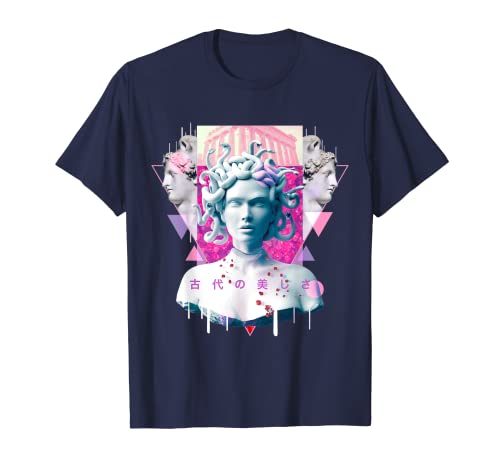 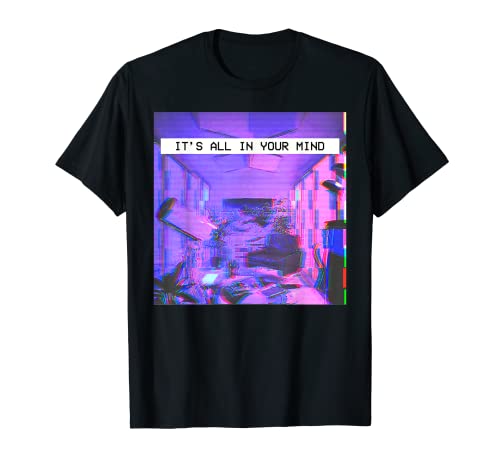 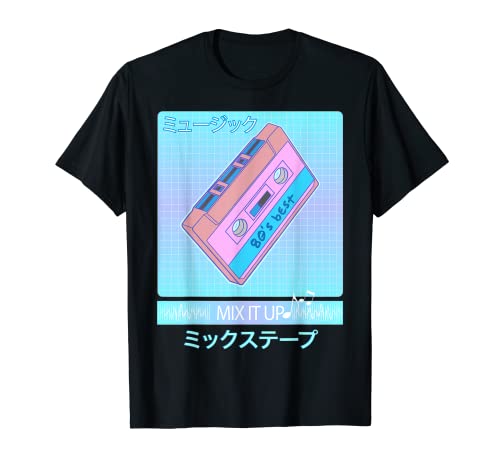 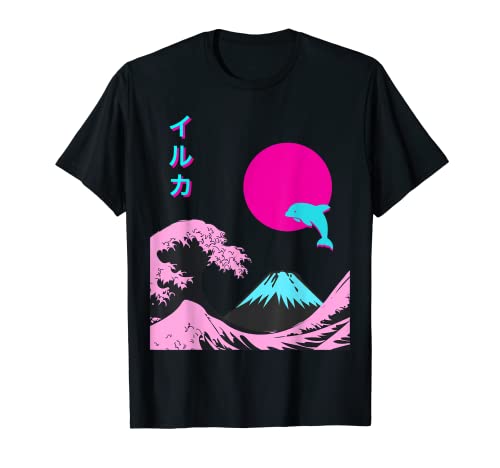 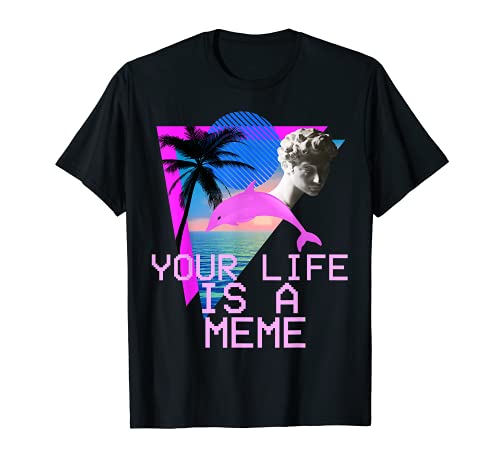 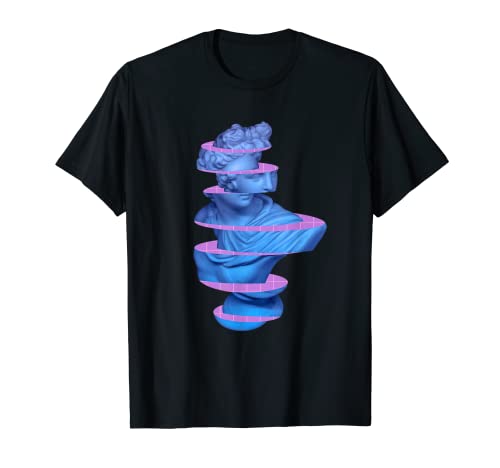 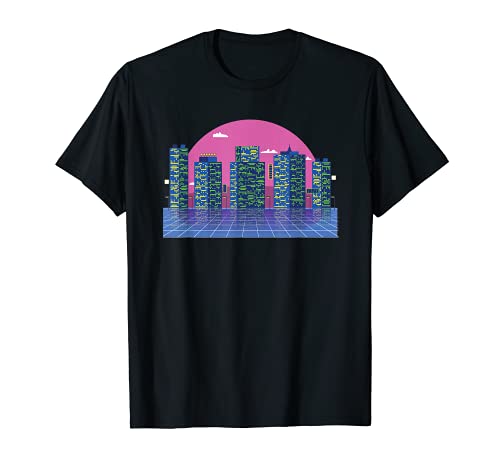 While I suppose this could be the perfect shirt for pun-loving astronomy fans (as the description states), I think it better describes how every teen feels in the middle of a long lecture.

I love how this shirt flashes way way back to the 80s with the retro palm trees while still retaining some of its modern cool factor thanks to the Katakana (which, best I can tell, spells out riratsukusu).

You’ll notice that a lot of descriptions say things like “for all the sad boys and girls.” I asked Jake what that meant and he laughed. His words,”A lot of vaporwave people are emo and wear it because they think it makes them look edgy.”

I said, “But you like it and you’re not emo,” (thank the gods, because as a punk rock girl, the whole emo movement drives me bonkers).  He said he doesn’t fall into that category, he just likes the way it looks. So, there you go.

I think this one is my favorite so far, mostly because I love Greek mythology, and Medusa gets a bad rap. Okay, yes, she turned men into stone, but did you ever read her back story? It’s seriously awful!

FYI, the Kanji translates to “ancient beauty,” so at least the designers of the shirt showed some respect to the true Medusa.

Super depressing description aside, this one makes me kind of nauseated just looking at it, which is what makes it so fun.

It kind of reminds me more of existentialism than, say, emo-ism, but what do I know? I’m not a teenager anymore.

Our kids will never know the joys of receiving a mixed tape, but hey, they can wear a picture of one on their shirts! I like this one because it doesn’t hurt my eyes.

This is one of the few vaporwave shirts that looks good on almost all of the color choices (except white, it looks funky on that option).

Again, I’m loving the descriptions. I mean, who doesn’t want to show their pride for retro dolphins?

7. Your Life is a Meme Vaporwave Shirt

Well, that’s an accurate statement if ever I heard one! Also, finally, a description that makes sense!

Amazon sellers try so hard to stuff as many keywords into their descriptions as possible so they can rank, which makes for some really awkward reading, so I always appreciate sellers that value decent writing over SEO.

You really can’t get more retro than the Mesozoic Era, can you?

I find this sliced-up roman statue shirt oddly disturbing. The description claims that it is good for fans of ironic memes. I don’t think they understand the meaning of that word.

Also, I had to ask Jake what “ironic memes” are and got a nice long explanation of every aspect of meme culture. I also learned that my favorite memes, like Socially Awkward Penguin and Grumpy Cat, are from the “dark ages” of memes. In other words, I’m not as cool as I thought I was.

I’m not entirely sure what makes this a “Japanese city skyline,” because it looks more like a generic skyline (and also, which Japanese city???), but hey, it’s still pretty neat!