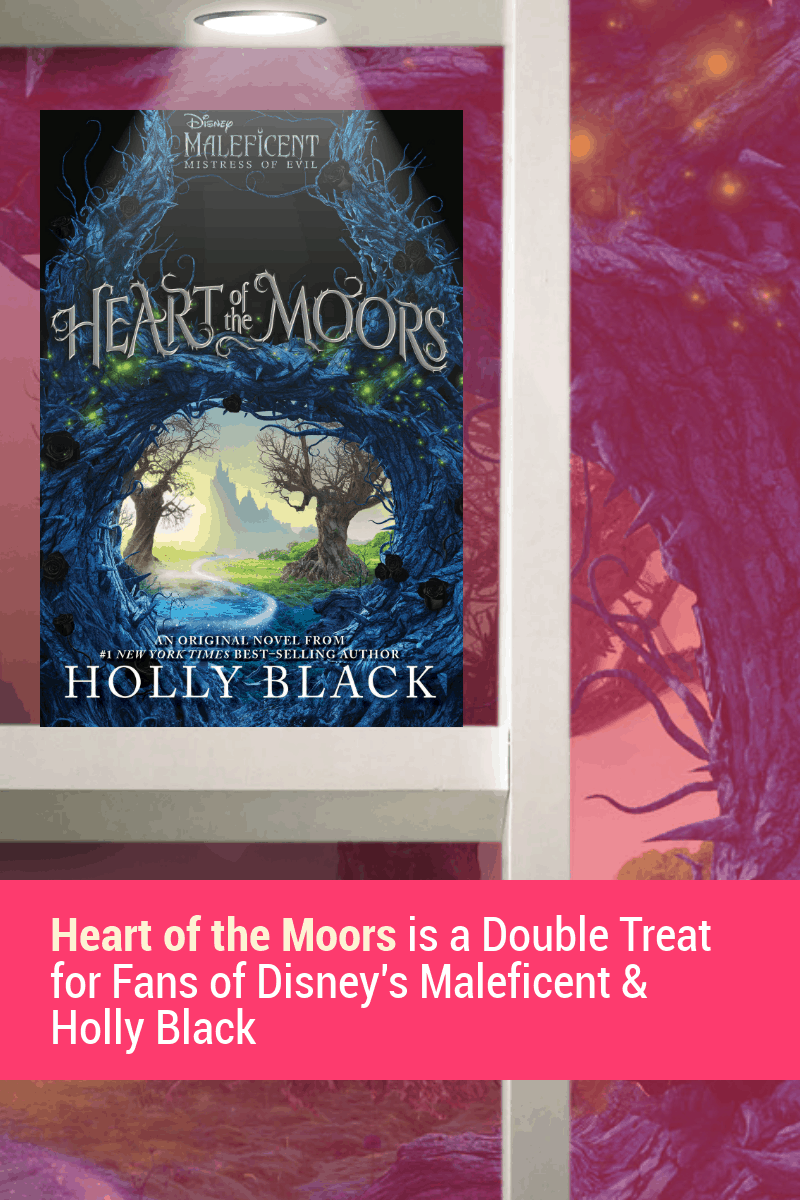 Fans of both Disney’s Maleficent and Holly Black are in for a double treat this week when Heart of the Moors: An Original Maleficent: Mistress of Evil Novel releases on October 8th. You’re also in for a treat right here! Disney Book Group sent me a copy to check out and is partnering with me for a giveaway. Read on to learn all about Black’s new novel, then enter for a chance to win a copy along with a cozy Maleficent blanket! 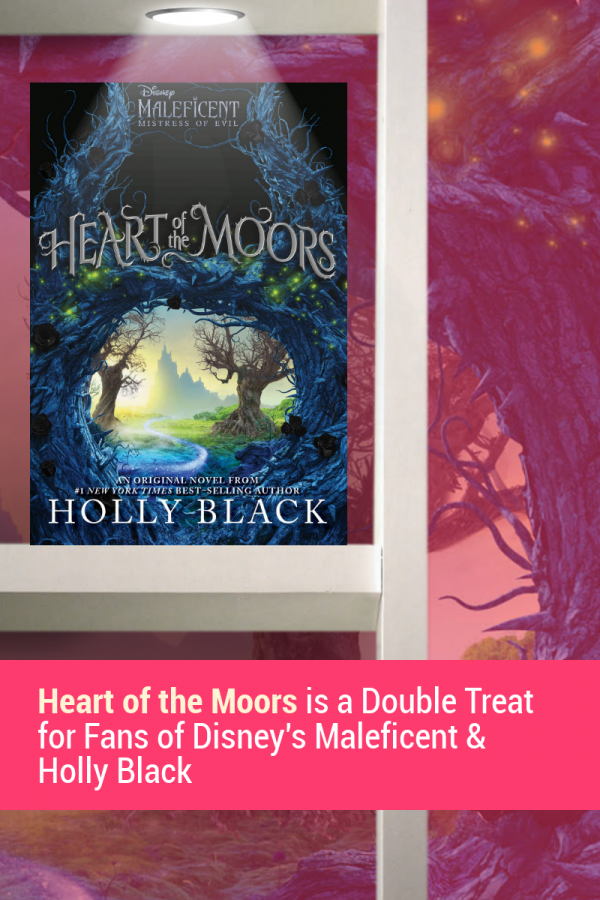 How much are you loving the “villain backstory” trend right now? You know what they say, every story has two sides! While I was raised on the  “Princess” side of the story, I always wondered what caused the “big bads” go bad to begin with. After all, most villains aren’t born, they’re made. Plus, if you think about it, every hero is a villain in someone else’s story, and vice-versa.

Take Maleficent for example. We grew up believing that the self-proclaimed Mistress of Evil cursed the sweet infant Aurora out of spite for being excluded from the newborn’s christening. That’s it. She was just a jealous nasty fairy who wanted to destroy the kingdom’s light and joy for no reason other than the fact that misery loves company and she wanted to bring others down to her rotten-to-the-core level. The truth is, as always, far more complicated and far darker.

While the 2014 film turned Sleeping Beauty upside-down and gave us the story from Maleficent’s point of view (and I think we can all agree that King Stefan got what he deserved in the end), the upcoming Maleficent: Mistress of Evil gives us something we rarely see in a Disney movie: what “happily every after” actually looks like. Obviously, it’s not all roses and rainbows, otherwise the movie would be kind of boring. The sequel takes place 5 years after the ending of the first movie, with Aurora and Phillip’s nuptials just around the corner.

What happened in between Stefan’s fall from the tower and Phillip’s proposal, though? That’s what Holly Black’s canon (meaning it’s officially part of the Maleficent/Aurora universe) novel, Heart of the Moors, explores.

About Heart of the Moors by Holly Black 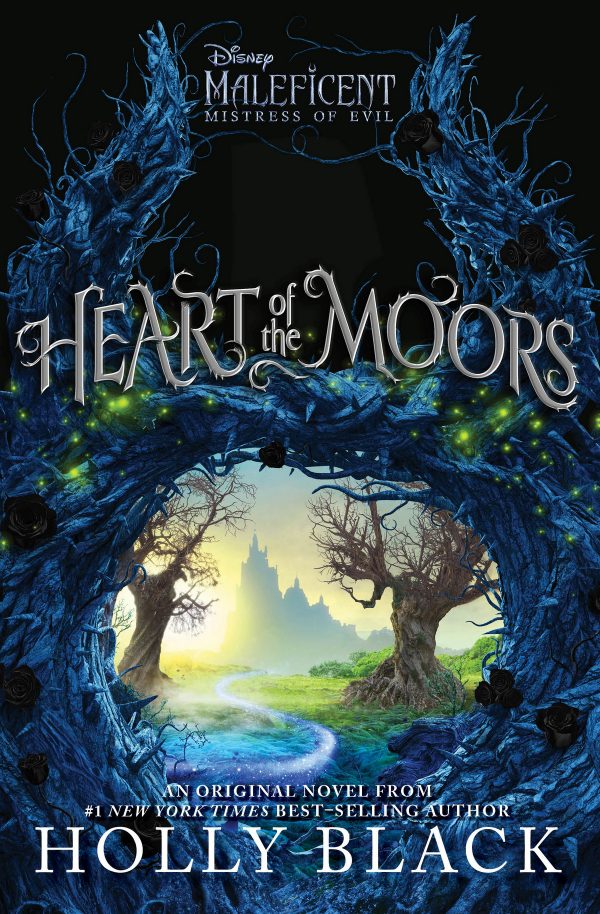 From New York Times bestselling author Holly Black comes a captivating original novel set between Disney’s Maleficent and Maleficent: Mistress of Evil, in which newly-queened Aurora struggles to be the best leader to both the humans and Fair Folk under her reign; her beau, Prince Phillip, longs to get to know Aurora and her kingdom better; and Maleficent has trouble letting go of the past.

Black is, of course, the best person to bring those “between” years to life. Very few do Faerie justice quite the way she does! I don’t want to give away any details (plus I’m still reading the book myself), but let’s just say that Holly delivers with her usual brand of mellifluous language and “pulls you right into the book” descriptions.

Plus, that cover! Beautiful, right? 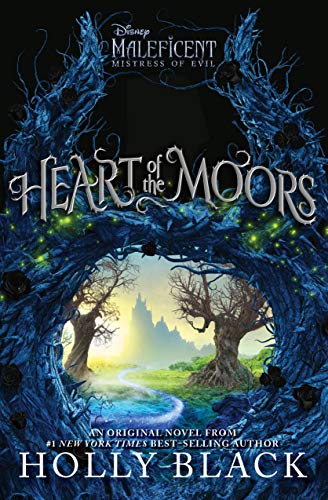 Heart of the Moors: An Original Maleficent: Mistress of Evil Novel
$9.89
Buy Now on Amazon

Holly Black is the author of bestselling contemporary fantasy novels for kids and teens. Some of her titles include The Spiderwick Chronicles (with Tony DiTerlizzi), The Modern Faerie Tales, The Curse Workers, Doll Bones, The Coldest Girl in Coldtown, The Darkest Part of the Forest, the Magisterium series (with Cassandra Clare), The Cruel Prince and the #1 New York Times Bestselling sequel, The Wicked King. She has been a finalist for an Eisner Award, and the recipient of the Andre Norton Award, the Mythopoeic Award and a Newbery Honor. She lives in New England with her husband and son in a house with a secret door.

Maleficent + #1 New York Times Best-Selling author @blackholly = 😍😈🖤 (@nerdy_little_julith) . Pre-order #HeartOfTheMoors on DisneyBooks.com. Link in bio. . Synopsis: From New York Times best-selling author Holly Black comes a captivating original novel set between Disney’s Maleficent and Maleficent: Mistress of Evil, in which newly-queened Aurora struggles to be the best leader to both the humans and Fair Folk under her reign; her beau, Prince Phillip, longs to get to know Aurora and her kingdom better; and Maleficent has trouble letting go of the past. – #bibliophile #booknerd #bookworm #reading #literature #booklove #bookphotography #maleficent #sleepingbeauty #disneyvillains #hollyblack

ONCE UPON A DREAM GIVEAWAY 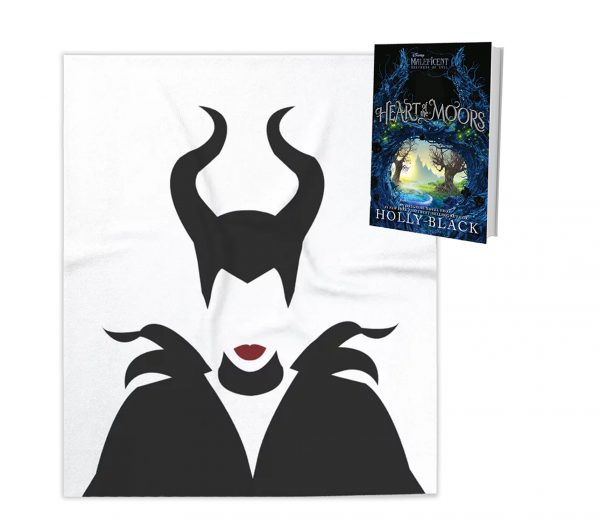 Channel Sleeping Beauty as you snuggle up with a good book!  One (1) winner receives a copy of Heart of the Moors, plus a Maleficent throw blanket. Giveaway open to US addresses only. Prizing and samples provided by Disney Book Group. Giveaway ends on October 31st, 2019. Good luck!

Heart of the Moors