5 Ways to Talk to your Kids About Active Shooters 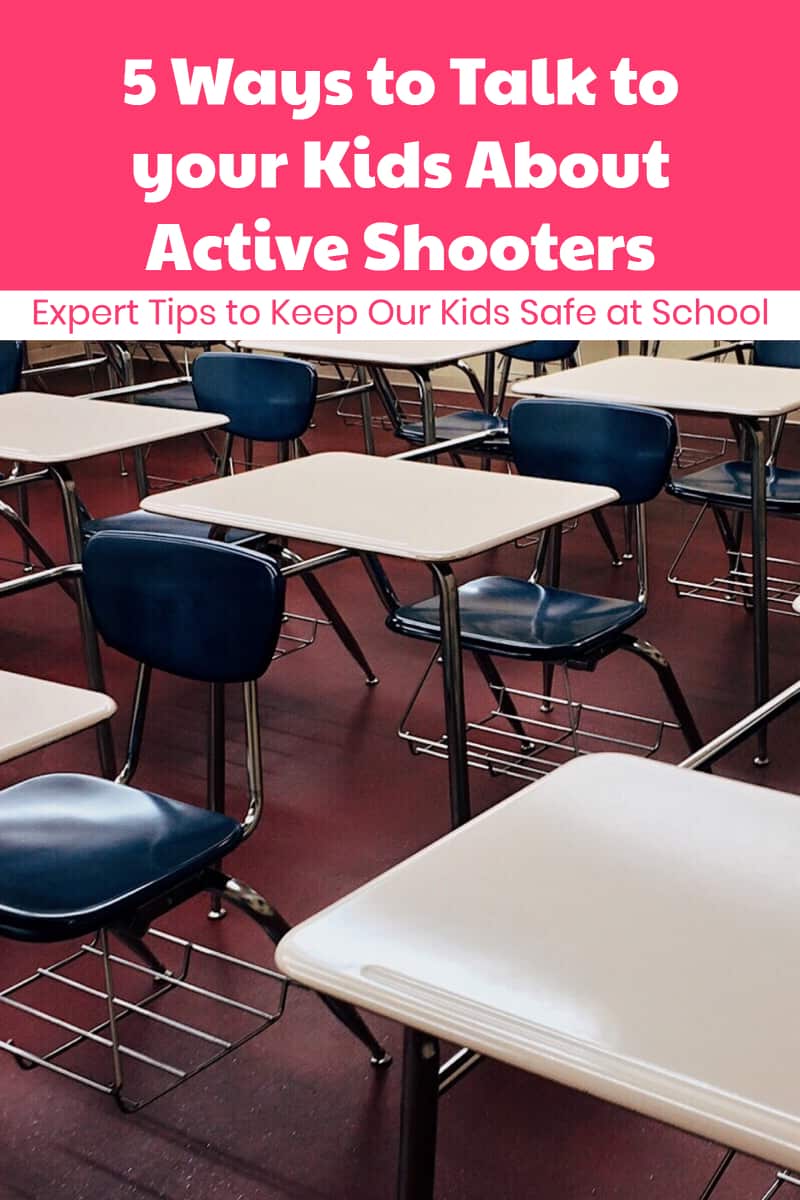 Two weeks ago, my son attended an assembly on what to do in the event of an active shooter, and the other day he had his first drill. When I asked my kid, “What did you learn in school today,” his response was, “How to not get shot.” That’s the world we live in now.

Our kids have exit strategies. Their teachers lock the doors up tight when the bell rings. The windows are always locked, never flung open to let fresh air in on a cool spring day. They know when to run, where and when to hide, when and how to fight. They learn that it’s smarter to run in a crowd than alone. Why? Because if the shooter open-fires at the crowd, there’s a better chance he’ll miss you. Yep, they run in crowds so that maybe their friends can get shot instead of them. Again, that’s the world we live in. That’s their new reality. 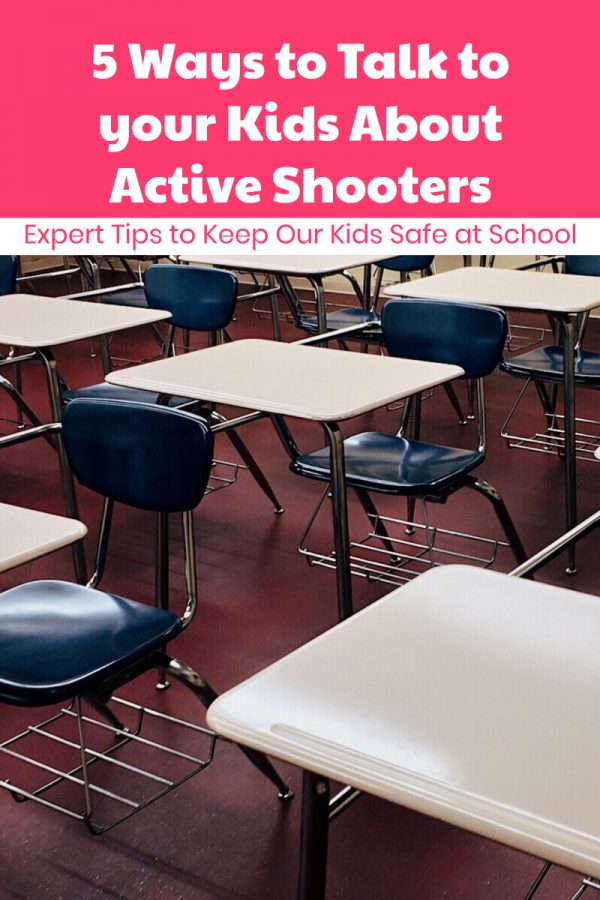 When Jake started high school after two years of cyber school, I went into full-blown panic attacks while reading up on how to talk to him about surviving an active shooter scenario. We used to joke about “surviving” high school. “We made it,” we’d shout on graduation day. “We survived!” Now, kids mean it in the literal sense.

Yes, active shooting scenarios in high schools are considered “rare” occurrences. Yes, you’re more likely to be in a car accident than die in an active shooter scenario. However, consider this: every single parent thought, “shootings are rare, it’ll never happen at my child’s school.” Yet it happened. It continues to happen.

I’m not going to turn this into a political debate. Everyone falls on one side, and if you’re on the opposite of me, I’ve learned that no amount of reasoning and logic will change your mind. Instead, I’m going to share with you some tips from Douglas Parisi, an expert in training people how to survive an active shooter scenario. They’re excellent tips regardless of which side of the debate you fall on.

5 Ways to Talk to your Kids About Active Shooters

Courtesy of Douglas Parisi, Director of Training, SafeDefend.com (Note, I added the headers, the rest is all Douglas).

When speaking with kids about threats to their safety, it is important to let them know that these are extremely rare and low probability events. With that being said, it is essential to educate them on being prepared.

1. Move away from the crisis

The most critical thing for children to know is that moving away from any given crisis is the best thing to do. Remaining in a public building when there are exits nearby is not the right thing. Tell them to get away from potential threat and keep moving.

2. Know where to hide

If you can’t get out of the building, teach them to find a secure place. Hiding under a table or laying down in the open is not a good strategy. Make sure they are aware of a room or enclosed space to secure themselves from the shooter.

Children need to know that in a mass casualty event, the police are there to engage the shooter. In other words, they shouldn’t follow the police. Tell them to look for another trusted adult, employee, or worker that can help.  In these cases, police have a job to do that involves danger.

4. Stay off your phone and listen

Stay off your phone until you are safe. In school shootings, we have seen and heard stories of students that have unnecessarily gotten on their phones to call their parents. When an adult or teacher is trying to give instructions, tell them where to run, or where to go, children should be focusing all attention on their caregiver. Encourage them to stay off the phone until they are 100% physically safe. (Parents shouldn’t attempt to contact their children as the phone might ring loudly during the crisis.)

There are no jokes, comments, or threats about harming others that shouldn’t be reported to an adult. Too many shooters have informed others of their intentions prior to committing an atrocity. Children often think that if they know something then the adults must know it as well.  As a result, kids should be aware and always report statements implying violence… and these reports should be taken seriously.  Most children see suicidal ideations on social media and never report them.