Give Your Trick or Treat Stash a Global Upgrade with Universal Yum Limited Edition Halloween Box! 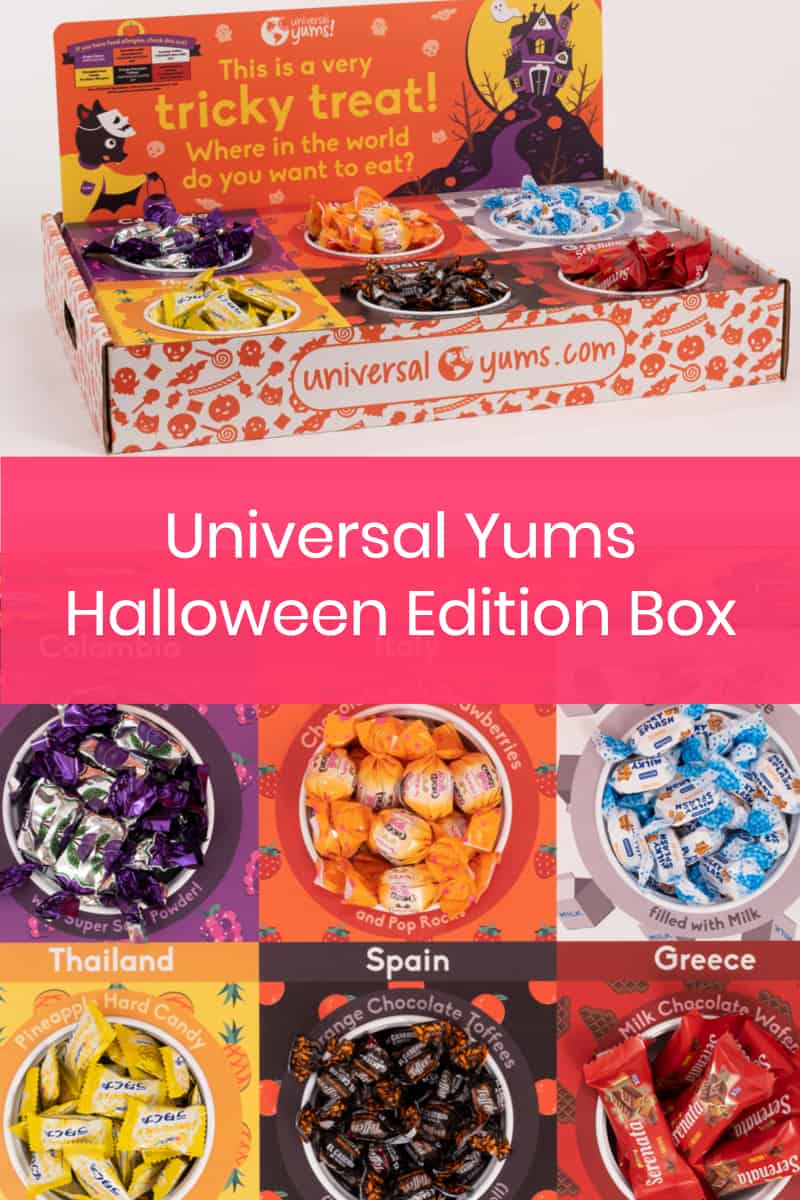 Want to be the house that all the trick or treaters talk about this year? Forget the standard-issue variety bag of candy bars and go global instead! Universal Yums sent me their limited edition Halloween box with a whopping 300 candies from all around the world, and it is freaking awesome!

I’m on an “around the world candy” kick lately (a tasty AND educational kick, since I learn a little something about different parts of the world with each bite), so I was really excited to get the Universal Yums Halloween box in the mail!

For about the price of two variety large bags of Halloween candy (which, let’s be honest, is usually 50% of the way filled with tiny pieces of candy that no one wants), you can snag a HUMONGOUS loaded with 300 pieces of tasty treats from all around the globe.

Curated by the experts at Universal Yums, the Halloween Box comes with the top candies from six different countries. That’s not all, though! The box doubles as a tray AND they include 6 plastic tubs to really take the presentation from “that’s nice” to “wow, that’s awesome!” I’ll tell you more about below, but if you just want to snag it right now, you can purchase the box for $39 HERE.

What do you get in the Universal Yums Halloween Box? 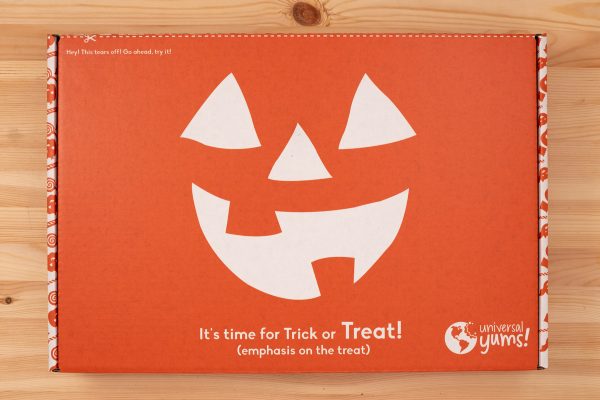 What’s inside the special edition Universal Yums Halloween box? A whole entire world of goodness, that’s what! Inside the adorable pumpkin-faced box, you’ll find a plethora of bags just waiting for you to tear them open…and tear them open I did! 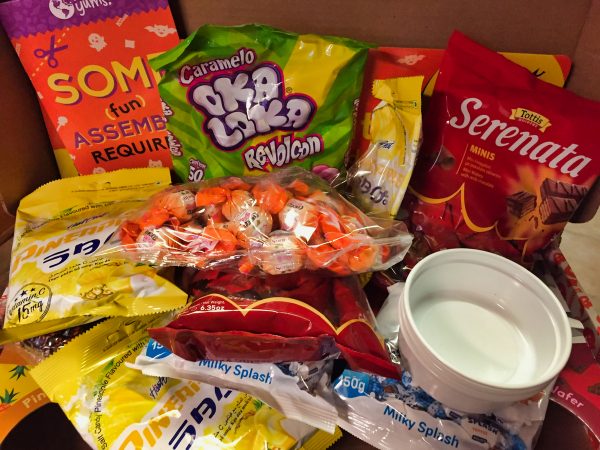 Well, I mean, you kind of have to tear them open to put the candy in the included tubs, but really I just wanted to taste everything right away. Here’s what you get: 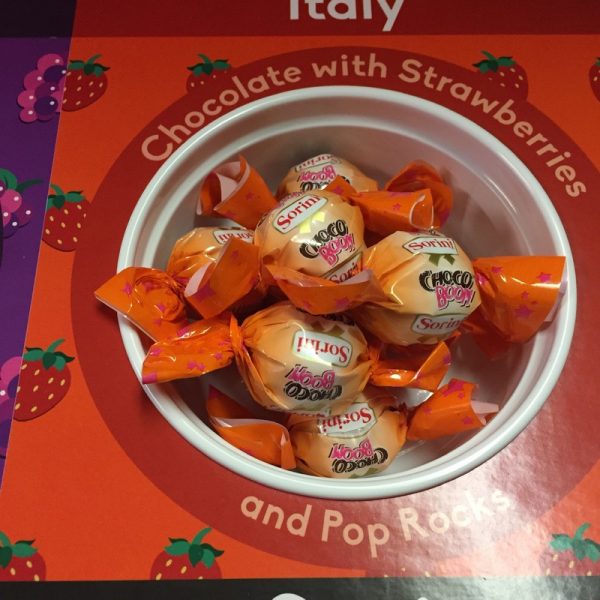 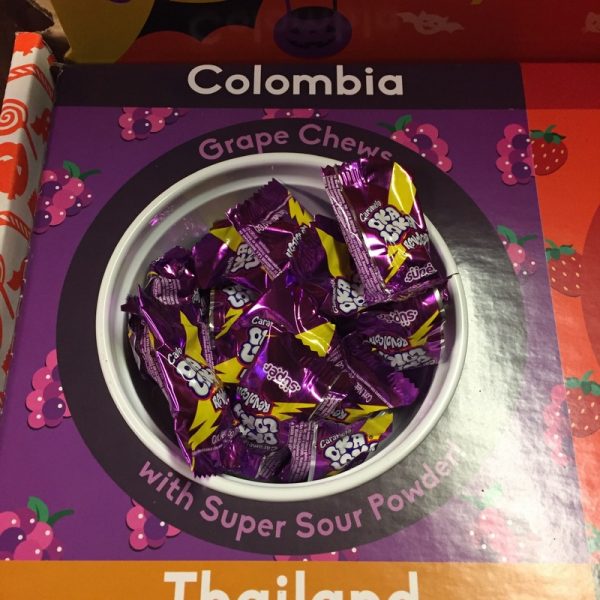 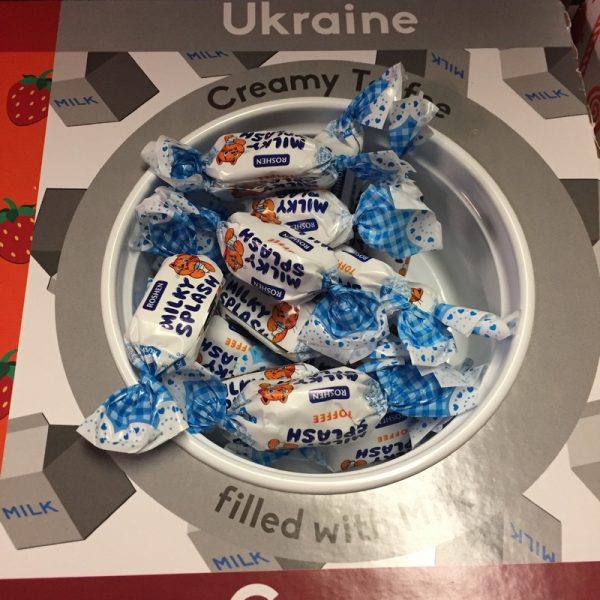 While the Milk Chocolate Wafers from Greece are my #1 favorites, the candy from Spain, Ukraine, and Italy all tie for 2nd. I’m really glad we don’t get a lot of Trick or Treaters here! More for me!! Well, and my mom and Jake, I know how to share.

I’m also going to make up goody bags for Jake to give to his friends. He’s in high school, so they don’t go Trick or Treating anymore (which makes me SO sad as it was one of my favorite things to do with him).

Whether you get flooded with little candy beggars every year or just want a great Halloween variety for your office (or your home!), the Universal Yums Halloween box is worth every single penny and then some. I’m honestly surprised that it’s only $39. I feel like it could have gone for $50 and still been worth it. 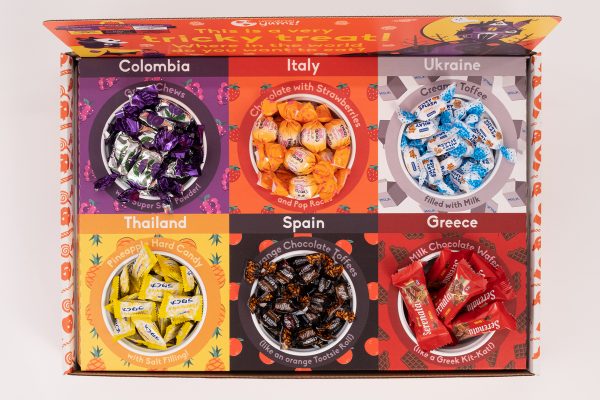 Remember, it’s a limited edition box, so get it now before it’s gone!