Go to Sawyer’s website for details: Click here to learn more about The Chronicles of the Stone Veil se-ries The Revelation of Light and Dark

Chronicles of the Stone Veil, book #1

I always knew I was different.

From a young age, my mind has been plagued with things only I could see. Some hauntingly beautiful, others completely terrifying. Never knowing if these visions were real or just hallucinations, I learned how to lock them down and ignore them. I learned to take solace in the relative anonymity of city life and find peace in the rainy days my city of Seattle is known for.

But just when I think my life is getting on track and my dreams are achievable, a moment of weakness causes me to learn a hard and fast lesson.

My entire existence has been a lie.

Now I’m faced with a new reality that’s as implausible as it is fantastical. Filled with realms and veils, light and dark, fae and daemons, gods and angels—things I don’t under-stand but am forced to acknowledge. It doesn’t help that the man teaching me about my unique gifts is the gorgeously handsome Carrick Byrne, one of Seattle’s richest and most powerful men. He intimidates, annoys, and intrigues me all at the same time. I don’t trust him and yet there’s no one else to help me.

No longer certain who to put my faith in, what to believe, or how I fit into it all, one revelation is clear…

The world as I know it will never be the same again.

PREORDER The Revelation of Light and Dark HERE: A Discovery of Secrets and Fate

With more questions than answers, Finley Porter continues to seek the truth about her sister, Fal-lon, the powers held by the enigmatic and secretive Carrick Byrne, and how she fits into it all. When tragedy strikes one of her closest friends, Finley knows it’s time to accept her fate. The Evolution of Fae and Gods

Armed with knowledge she never wanted and facing an enemy she never ex-pected, Finley Porter is determined to learn the motives of the Dark Queen and how to stop her. And while Carrick Byrne continues to help Finley uncover the truth and hone her skills, she sus-pects his intentions may not be altruistic. A Battle of Blood and Stone

As Finley Porter has learned, the truth is never as it seems. Dark Fae have been sent to destroy her, her past runs much deeper than she could ever imagine, and then there is the matter of Carrick Byrne. Frustrating and infuriating, he holds secrets that reveal the inexpli-cable connection they have, and that truth could be their undoing. The Rise of Fortune and Fury

The final battle is here, and Finley Porter and Carrick Byrne have determined the missing piece to defeating the Dark Queen. But all victories come at a price, and the cost may be more than they are prepared to pay. 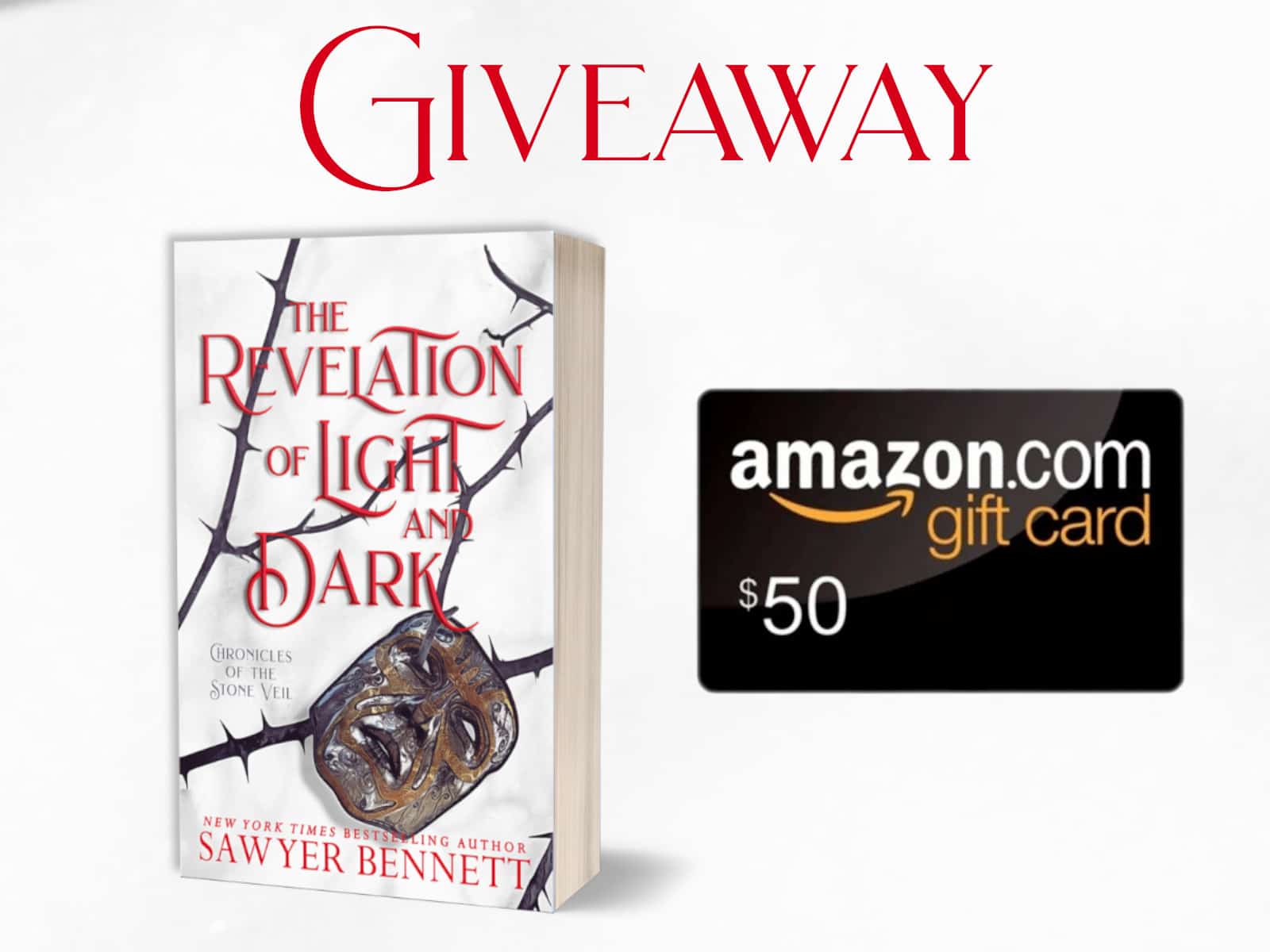 Sawyer Bennett is giving away a signed paperback of the first book in the Chronicles of the Stone Veil series, The Revelation of Light and Dark, and a $50 Amazon Gift Card. Fill out the form to enter to win. Giveaway ends September 18th. A former trial lawyer from North Carolina, when she is not bringing fiction to life, Sawyer is a chauffeur, stylist, chef, maid, and personal assistant to her very adorable daughter, as well as full-time servant to her wonderfully naughty dogs.

If you’d like to receive a notification when Sawyer releases a new book, sign up for her newsletter (sawyerbennett.com/signup).