What Exactly Is Prime Gaming? (Hint: It Used to Be Twitch Prime) 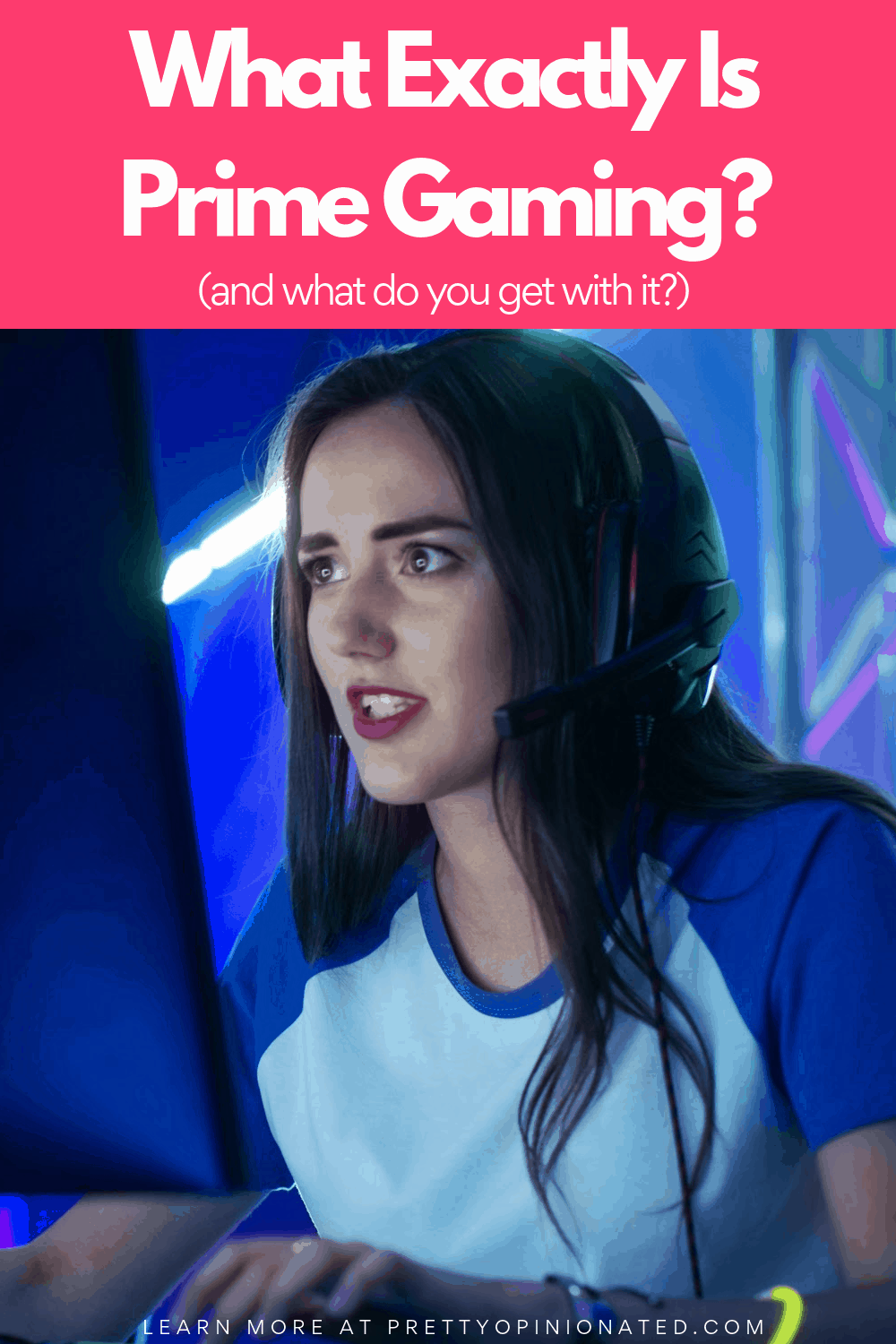 If you were exploring your Prime Benefits recently and saw something called “Prime Gaming,” you may be wondering exactly what that is. Read on to find out, and to help you figure out if it’s a benefit you’ll actually use.

(FYI- This post includes affiliate links. If you buy through them, I get a small commission at no extra charge to you. Thanks!)

Since I abhor articles that “bury the lead,” beneath 5,000 words, let me bottom-line it for you. As the title says, Prime Gaming actually used to be Twitch Prime. However, even if you’re familiar with that benefit, keep reading, because some things have changed.

What Exactly Is Prime Gaming (AKA Twitch Prime)?

Prime Gaming is one of the many benefits of an Amazon Prime Membership. As Amazon explains, “With Prime Gaming, unlock instant access to tons of exclusive content for your favorite games, and a collection of PC games for free…each and every month.”

The top two benefits are:

You also got a free Twitch channel subscription every month, although I’m unclear on where you actually find it. I’m also not entirely sure that you can link a new Twitch account to your existing Prime Gaming account. After half an hour of looking up “can’t connect Twitch to Prime Gaming” and “Prime Gaming doesn’t give me the option to connect my Twitch account,” I’m still coming up blank on that one.

I’ll be honest, my son doesn’t play even a quarter of the games that offer free loot through Prime Gaming. However, even if he’s able to claim just one, it makes the benefit worthwhile.

You’ll have to connect various gaming accounts to your Amazon account to claim the loot, such as your EA account, Rockstar, etc. The loot changes every month, and you have to watch the expiration dates very closely. To give you an idea of what to expect, current loot for Jan 2022 includes:

That’s just a few of them for game that I recognize. There are about 22 Loot drops in all right now. Some of them are just tiny little things, like those coconut things for Roblox. Others, like the in-game money, are super useful, though!

FYI: This section is a bit outdated now, as these games are no longer available. I’ll add some of the free games in the section above regularly instead. Still, I’m leaving it because it gives you a good idea of what to expect.

While my son loves the Loot drops, I think this is actually the best benefit of Prime Gaming. Now, you’re not going to super big titles for free here. Well, not as far as I’ve ever seen, anyway. So, don’t expect to grab a free copy of the latest Call of Duty or the newest Sims expansion pack.

However, you can find some really nifty indies, as well as the occasional slightly bigger budget game. Don’t knock the smaller titles, though. Some of my son’s favorite games are indies.

Let’s see what’s on tap for October. Remember, these are just examples. If you’re reading this after October, the offerings will likely be completely different. I’m linking to the product descriptions for each and including a trailer when applicable, but remember, you have to claim your freebies through your Prime Gaming landing page.

From the description: “Rockets rule everything in Rocket Arena, an explosive 3v3 shooter where you’re never out of the action. Master your hero’s unique rockets and abilities to rule the arena and become a champion! Try out an ever-growing roster of diverse heroes with distinctive powers. Unearth new strategies and tactics based on your squad, explore a wide variety of dynamic maps, and discover the true depth of rocket gameplay. Ready to be blown away?”

According to Amazon, “In Q.U.B.E. 2 you play as Amelia Cross, an archaeologist who has awoken among the ruins of an alien landscape. With the distant help of another survivor you must manipulate the structure of this mysterious world and find a way back home.”

While those are the ones that popped out at me, other titles include:

Is Prime Gaming Worth it?

Since it’s part of your Prime benefits and not something you have to pay for separately, yes, I think it’s worth checking out. Like I said, even if my son claims just one of the benefits each month, it makes Prime Gaming worthwhile.

I wouldn’t subscribe to Prime JUST for the Gaming benefits, but in the months where we don’t order anything or watch anything on Prime Video, it does help me feel like I’m getting my money’s worth overall.

I just have a couple more quick notes before we say goodbye.  First, if you don’t already have a membership, you can sign up for a 30-day free trial.

Also, if you have an EBT card, even if you’re already a member, you can get 50% Off Prime. If you’ve already paid for a year, contact Amazon through chat. I’m not 100% positive that they can refund you, but it’s worth a try. If you’re month-to-month like me, though, it’s fairly easy to switch to the discounted program.

Last note- Prime Days are coming up on October 13 and 14th, so if you’re thinking about getting a membership, now is definitely the right time to do your free trial! I know Twitch Prime had some pretty awesome freebies and loot drops over the years, so I imagine Prime Gaming will, too.

I hope this helped give you a better idea of what, exactly, Prime Gaming is and what you get with it! While it’s not something I’d pay for separately, it’s definitely one of the things that makes Prime worthwhile, especially when you’re not buying a lot of stuff and using the shipping benefit.

Yes. If you have Amazon Prime, you also have access to Prime Gaming. It does not cost extra at all.