In 2018, a tragic viral video – a turtle with a plastic straw lodged in its nose – led to a demand for straws to be banned across the country. Many companies came up with their own alternative to plastic straws in response, including paper straws, bamboo straws, glass straws, and even edible straws. While plastic pollution was considered an unnecessary evil, Americans simply could not live without their straws. And in reality, straws are rather useful tools. When it comes to dental health, for instance, straws can help sugary drinks bypass the teeth, keeping cavities at bay – and this is essential since up to 96% of Americans have some form of tooth decay by the time they reach the age of 65. 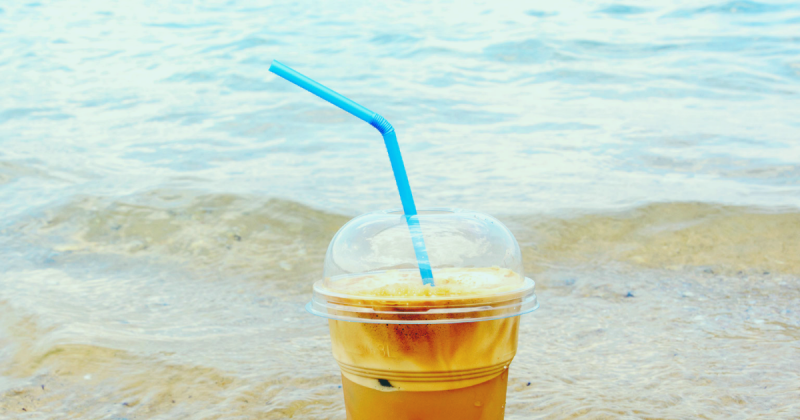 “Better straws was the solution,” said Brad Laporte, CEO of WinCup, the manufacturer of a new biodegradable drinking straw. This environmentally-friendly product, called a “phade straw,” has made its way into Dunkin’ stores across the United States. According to WinCup, the straw is meant to be composted. However, they know that not everyone has the means or will to compost properly. That’s okay.

Says Laporte, “No matter if it ends up in the ocean, on the beach, in your backyard, on the side of the road, and definitely in a landfill where there’s lots of bacteria living, phade will have a great end of life story.”

Phade straws are constructed with PHA, a material created through the fermentation of sugar or starch; WinCup uses canola oil. PHA has been considered a potential solution for the past several years. It has been used in the construction of other disposable products like shampoo bottles and razors, as well as for items like car carpets and furniture. In 2019, Nestle SA revealed plans to develop a biodegradable water bottle made of PHA. And back in 2016, Ikea announced that it would be working with biotech company Newlight Technologies to harness its AirCarbon technology, which is a PHA-based thermoplastic material. Some thermoplastic materials can actually withstand temperatures up to 600 F, which would also be useful for drinking straws.

Dunkin’, the multinational coffee and doughnut company, has been experimenting with WinCup’s phade straws in about 250 U.S. stores since last summer. While up to 64% of small businesses are struggling financially, Dunkin’ certainly hasn’t taken a hit.

In a September 2020 blog post on their website, Dunkin’ discussed their sustainability efforts, stating that it is a major priority of theirs to spark positive change for the environment as well as Dunkin’s customers and communities across the country. They pointed out that the past several months have marked a number of key sustainability milestones. They replaced their standard foam drinking cups with paper ones in all of their stores around the world and have made a commitment to move from plastic stir sticks to wood sicks by mid-year 2021.

“We are excited to share the next step in our work toward finding long-term, environmentally friendly alternatives to single-use plastic packaging,” the blog post states. “As of today, about 250 Dunkin’ restaurants in select markets throughout the U.S. have begun testing a new biodegradable straw.”

While PHA straws are less expensive to produce than paper straws, production costs remain high because the raw materials are costly. Still, Laporte believes that companies like Dunkin’ will be more willing to pay higher prices for a higher-quality item, particularly considering that straws themselves typically cost mere pennies.