The Ultimate Walking Tour of Copenhagen

Many centuries ago, a group of Vikings left their homeland and sailed across the high seas. They traveled further than anyone believed to be possible at the time. Remember, this was back when folks thought you’d fall off the Earth if you sailed too far! But these Vikings didn’t fall off the planet. After months of sailing, they landed in Denmark and built a village that would eventually become Copenhagen.

Let’s fast forward to the present. Copenhagen is now the capital of Denmark and has been since the 15th Century. The “City of Spires” is a place that embraces its Viking heritage. You can find statues and museums dedicated to these men from the North all around Copenhagen. You can also find plenty of monuments that are dedicated to the Renaissance, the Danish Resistance Movement, and other events that have impacted the city.

Let’s take a walking tour of Copenhagen and see some of the city’s most famous landmarks in person. We’re talking ancient castles, stunning statues, and the cathedrals that the city is famous for. We have a long trip ahead of us. Better store your extra things with a luggage storage service before we begin. 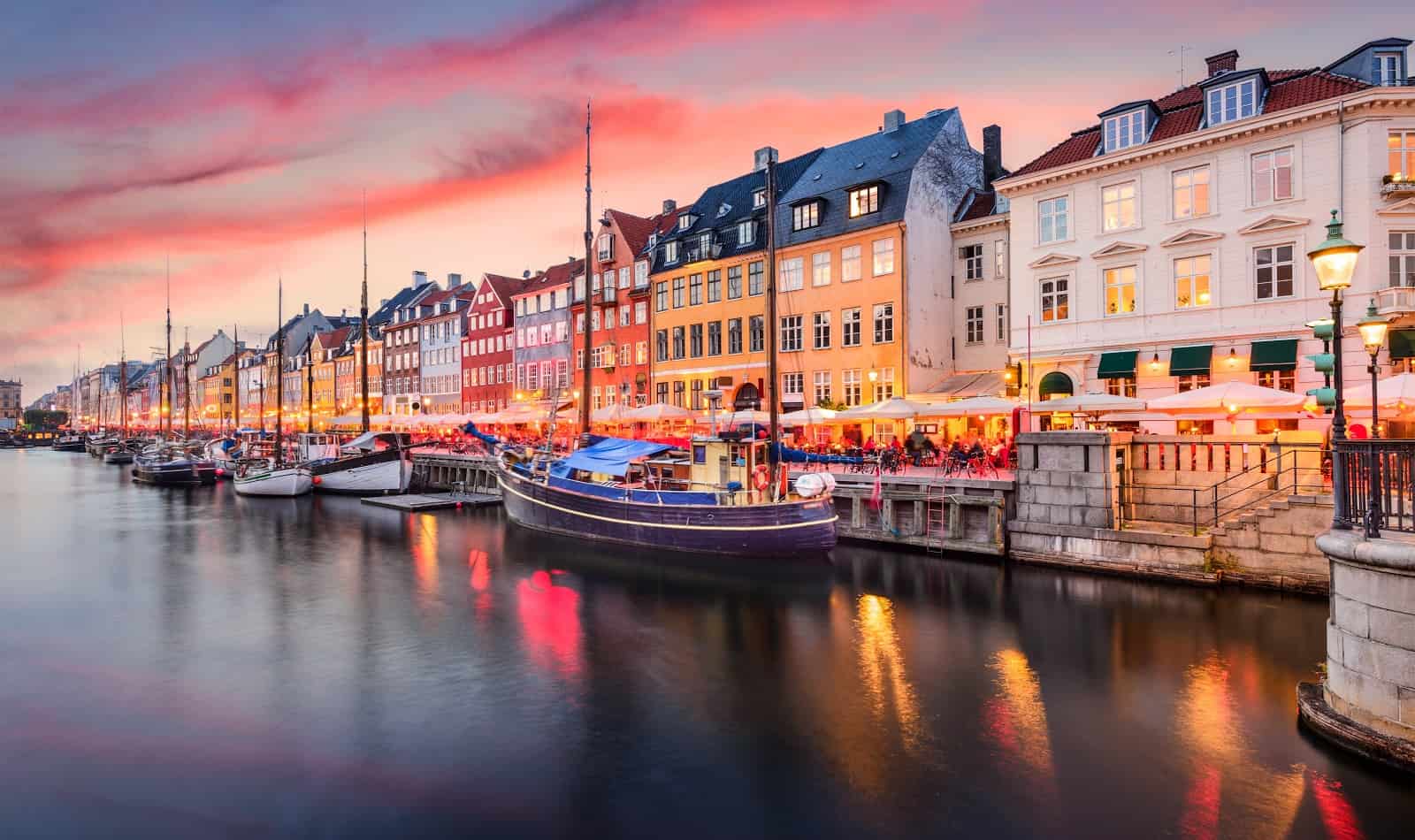 Our walking tour of Copenhagen begins with this modern marvel. Krystallen is an eco-friendly, award-winning office building. Architectural firm Schmidt Hammer Lassen constructed this building in 2011 for Nykredit financial services. Shortly after opening, Krystallen won the LEAF Award for structural design. This 6-story free-standing building is one of the only structures of its kind. Towers like this are why Copenhagen is called the City of Spires.

Krystallen is an appetizer of Denmark’s architecture and sustainability, BLOX is the main course. BLOX is a space that highlights “Nordic design and architecture”. This center is located in the Port of Copenhagen and houses the Danish Architecture Center (DAC). The center is also one of the most environmentally-friendly structures in the city, even more so than Krystallen. BLOX also features a ton of exciting exhibits for guests of all ages. There’s a lot to unpack here. If you’re interested in visiting BLOX, check out their website.

Several canals actually stream through Copenhagen. This is very reminiscent of the 400+ canals that flow through Venice. But we’re getting off track, so let’s head back to Denmark. Frederiksholms Kanal is one of the most famous waterways in Copenhagen. If you type “Copenhagen canals” in a search engine, you’ll see dozens of photos of the Frederiksholms Kanal. Cruising along this canal will give you an excellent view of the city, and it just might spike your interest in boating.

Capital cities and national museums go together like mashed potatoes and gravy; you can’t really have one without the other because they complement each other so well. Copenhagen is the capital of Denmark, but it also houses the National Museum of Denmark. This venue is dedicated to preserving multiple generations of Danish history and culture. Popular exhibits include the “Stories of Denmark” and “Danish Prehistory”. We’ve only scratched the surface of what the “Nationalmuseet” has to offer. Stop by their website to learn more.

It’s time for a lunch break and Tivolihallen is the perfect spot for a pit stop. This establishment bills itself as a “classic Danish lunch restaurant in the heart of Copenhagen”. Tivolihallen specializes in serving a wide selection of open-faced sandwiches. Roast beef with pickle sauce and roasted onion as well as boiled ham with a fried egg are just two items on their menu. This place is cozy, well-reviewed, and popular with locals and visitors alike. It’s also nearby the next stop on our walking tour of Copenhagen. 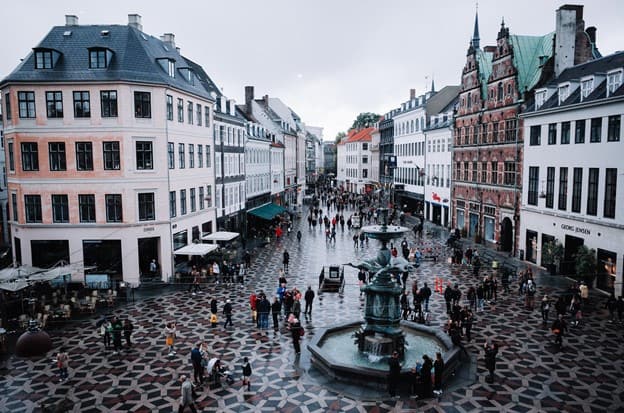 Strøget is a pedestrian-friendly shopping center in the truest sense of the phrase. No cars are allowed within the premises, which gives Strøget a very calm, go-at-your-own-pace atmosphere. We’re glad that’s the case, because Strøget is also one of the longest streets in Europe. Think Downtown Disney or Times Square, but way longer and much friendlier.

We’ve established that architecture is a big deal in Denmark, but some readers might want to know why that’s the case. Well, Christian IV is probably the answer. This Danish king was in power longer than any other monarch and he really had a passion for building things. The Round Tower is just one of King Christian IV’s many architectural projects. “Rundetaarn”, the tower’s Danish name, is an observatory that overlooks much of Copenhagen. There’s also plenty to see inside, like the Spiral Ramp and the tower’s mysterious toilet.

Retour is French for “return”. It’s also the name of an amazing, Michelin award-winning steak house in Copenhagen. Ribeye, tartare, tenderloin, veal — you name it, chances are Retour has it on their menu. With so many excellent main courses, sides, cheeses, and desserts, you’ll definitely want to come back to Retour.

The late C. L. David was one of Denmark’s most prominent and influential lawyers. David played a major role in helping the ISS A/S facility services company become what it is today. David was also dyed-in-the-wool art aficionado; he spent years collecting works of art from all around the world, then opened that collection to the public in his later years. Now, anyone can admire C. L. David’s collection of fine arts from the 18th to the 20th Century.

The last stop on our walking tour of Copenhagen is another of Christain IV’s passion projects. This 17th Century Renaissance castle was originally a summerhouse. However, King Christian IV collaborated with Hans van Steenwinckel the Younger and Bertel Lange to expand Rosenborg Castle into the marvel that it is today. Many consider this building to be Christian IV’s finest project. Frankly, we’re inclined to agree. 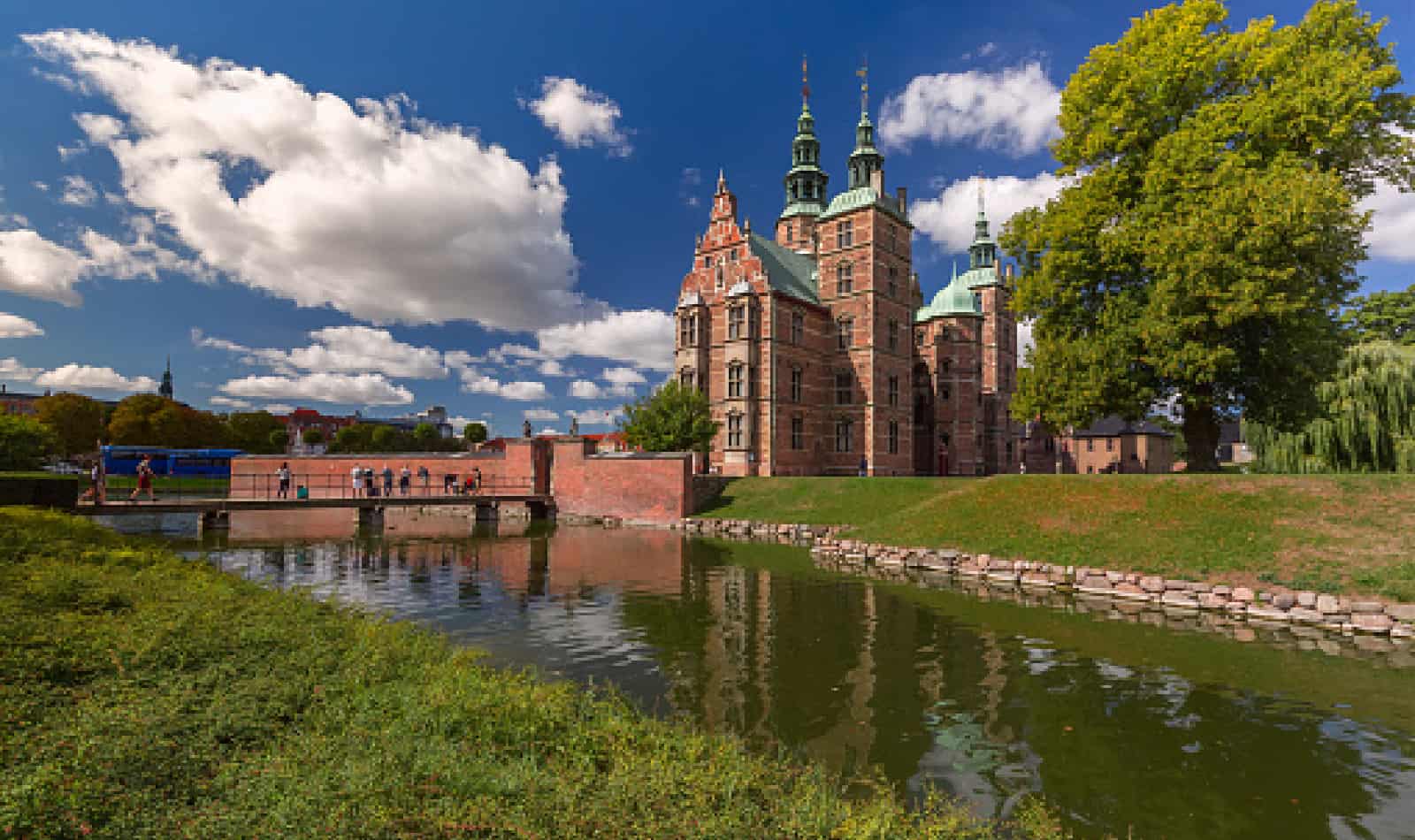 It may be some time before we can really travel again, but at least you’ll have your itinerary all ready for when everything is back to normal!