All This Mindfulness May Be Making Us Worse People, Study Shows 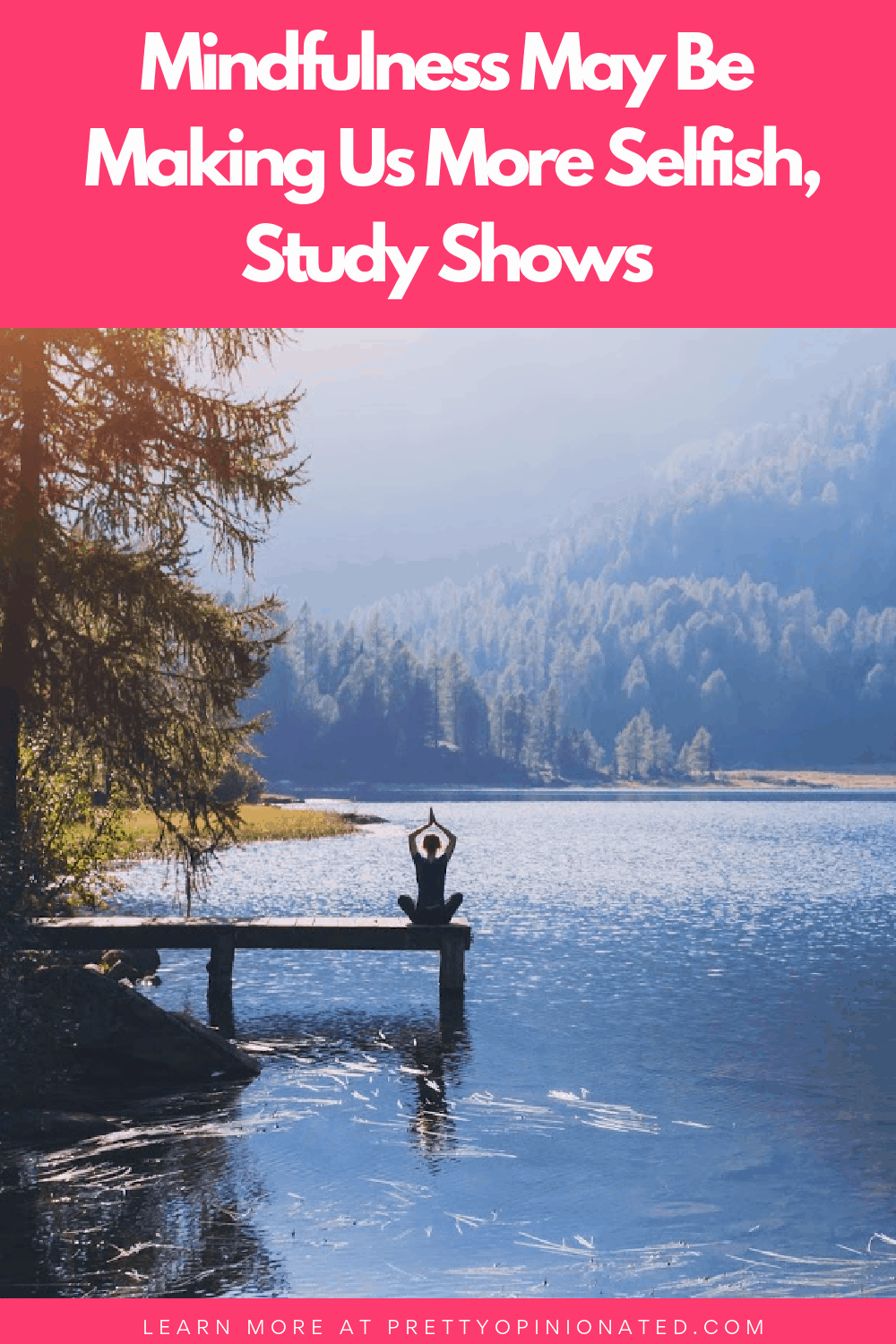 Mindfulness can actually make us worse people, according to a recent study. University of Buffalo researchers found that the practice can lead to selfish behaviors. In other words, the practice of getting centered may actually be making us more self-centered.  Read on to learn more about the study.

What is Mindfulness, Anyway?

Greater Good Magazine out of UC Berkely  explains that mindfulness is about how “we pay attention to our thoughts and feelings without judging them—without believing, for instance, that there’s a “right” or “wrong” way to think or feel in a given moment.”

While the practice originated thousands of years ago in the Eastern religions (Buddhism and Hinduism, specifically), it’s become increasingly trendy here in the US. Celebs like Oprah, Jewel, Jessica Alba, and Katy Perry swear by it. Disney+ and HBO Max have entire “meditative” shorts dedicated to it. And the apps, oh the apps! Americans are throwing billions (yep, billions) at smartphone apps designed to help us live a more centered and mindful life.

Don’t get me wrong, I’m not knocking the practice. Those who capitalize on it and market it, yes, but not the mindfulness itself. In fact, it’s a completely legit doctor-recommended practice that can significantly help reduce your stress. I’ve used tools given to me by a therapist to help cope with my extreme anxiety.

However, in the wrong hands, mindfulness can actually make us more self-centered rather than just plain centered. Let’s take a look at that study.

“Mindfulness can make you selfish. It’s a qualified fact, but it’s also accurate.

University of Buffalo researchers set out to answer an intriguing question about mindfulness: how does it “affect the range of human behaviors — so-called prosocial behaviors — that can potentially help or benefit other people?” In other words, how does it impact our desire and motivation to help others?

To answer their question, researchers set up two different experiments that looked at the impact of mindfulness on two types of people- independent and interdependent. According to Michael Poulin, while prosocial behaviors increased in interdependent people, they actually decreased in those who consider themselves independent.

In the first experiment (with 366 participants), they determined each person’s “characteristic levels of independence versus interdependence.” Then they provided a mindfulness mind-wandering exercise to the group.

As participants were leaving after the exercise, researchers told them about a volunteer opportunity stuffing envelopes for charity. While they don’t come out and say it, I’m assuming they purposely chose an incredibly boring opportunity. Those who identify as interdependent were more likely to participate than the independent subjects.

The second experiment was similar to the first, except that the 325 participants engaged in a “brief but effective exercise that tends to make people think of themselves in independent or interdependent terms.” After, researchers asked participants if they’d be willing to chat online with potential donors to raise money for charity.

Independent participants were 33% less likely to volunteer. On the other hand, interdependent subjects were 40% more likely to do so.

Mindfulness is “a tool, not a prescription,” Poulin says

Poulin was quick to point out that these results don’t discount the benefits of mindfulness overall, saying:

“That would be an oversimplification. Research suggests that mindfulness works, but this study shows that it’s a tool, not a prescription, which requires more than a plug-and-play approach if practitioners are to avoid its potential pitfalls.”

You can read the full results of that study here, or the shorter “layperson” version here on UBNow. I recommend the longer version if you want some tips on how to be mindful without becoming selfish. Scroll down to around page 19, it gets a lot easier to read from there.

Anyway, I just thought this was a really interesting study, especially for those of us who are new to using mindfulness to combat stress and anxiety. What do you think?