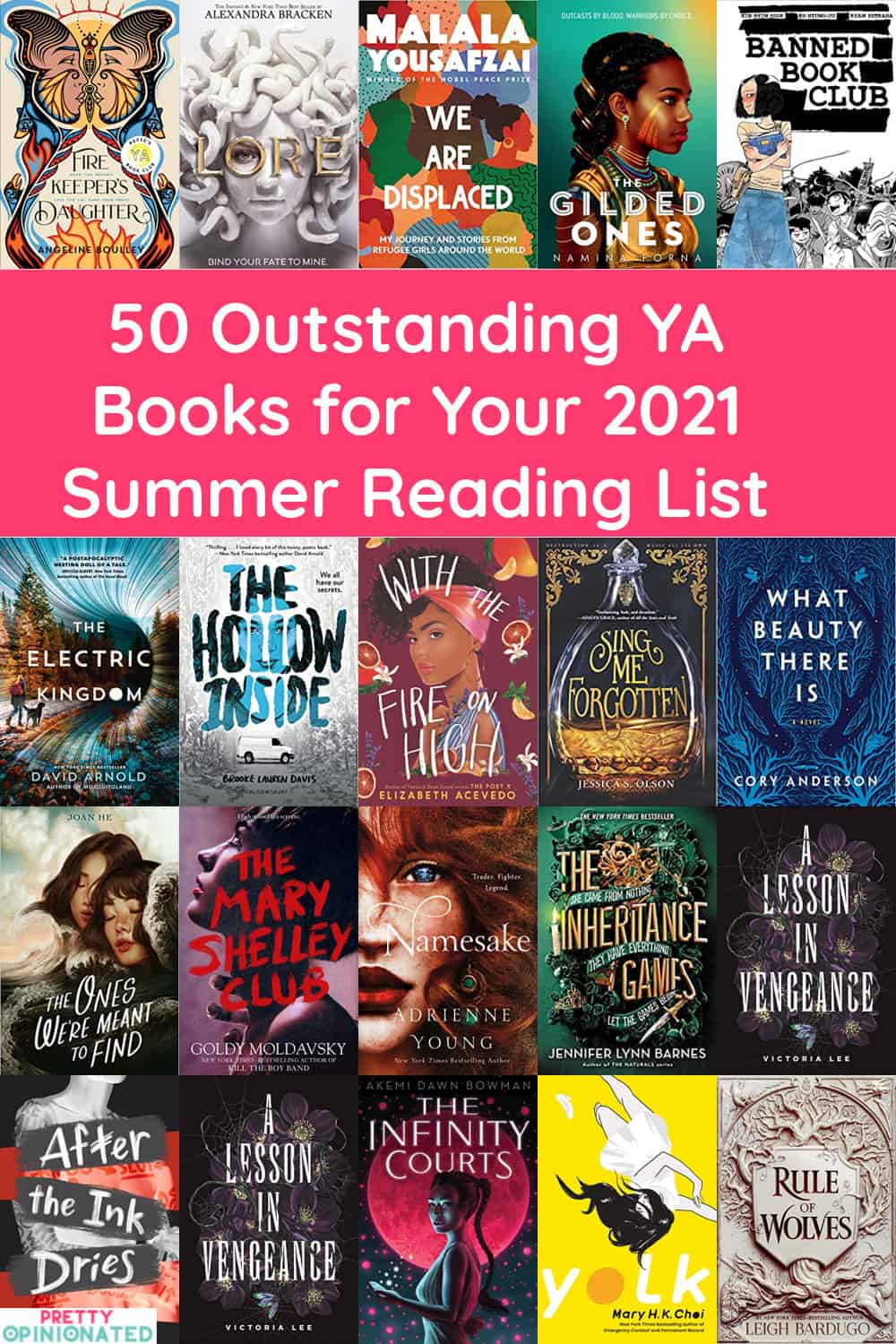 The YA Summer Reading List for 2021 is here! It’s filled with 50 of the most amazing books across all genres from fantasy & sci-fi to mystery & non-fiction. Check it out!

We have a lot to cover, so I’ll skip the usual “blah blah blah” list story stuff and jump right into the list, after a few quick notes. If you’ve read any of my other YA summer reading lists (or heck, any “what to read next” book lists), you know the drill by now.  If not, here’s the rundown of how I organized things:

Last note: the links below are affiliate links. If you make a purchase through them, I earn a tiny commission at no extra charge to you.

This year, I’m breaking this up into chunks by genre. That should keep it from getting too overwhelming. That said, some books cross genres, or totally defy them entire, so keep that in mind. I’ll share a preview of my top pick for each section, too.

This is my favorite genre, so it was really hard to choose just 10!

Some of these are categorized under fantasy, but they’re sci-fi-like. I was going to separate out dystopian in its own category, but so many sci-fi books are about a bleak future, so it didn’t really work.

YA Coming of Age Novels

Head’s up: “coming of age” books are more likely to feature sensitive topics, including addiction, depression, suicide and other “triggering” subjects.

This section is the only one where most of the books weren’t released in 2021. It’s a mix of biographies and reference books (but not the boring SAT prep-style reference, I promise).

I hope my 2021 YA summer reading list gave you at least a few good books to add to your TBR pile! I really tried to find a good mix to match all interests.

Need more ideas? Check out my 2019 list. Head’s up, though, for some inexplicable reason, there is a weird broken image thingy next to every single link. It doesn’t affect the link itself. It’s some remnant of old Amazon API coding or something. I’ll fix it at some point, but for now, the list is still completely usable.

PIN THIS FOR LATER: