Everyone Is Someone’s Loved One. Remember That Before You Turn Them Into a Meme to Make a Point. 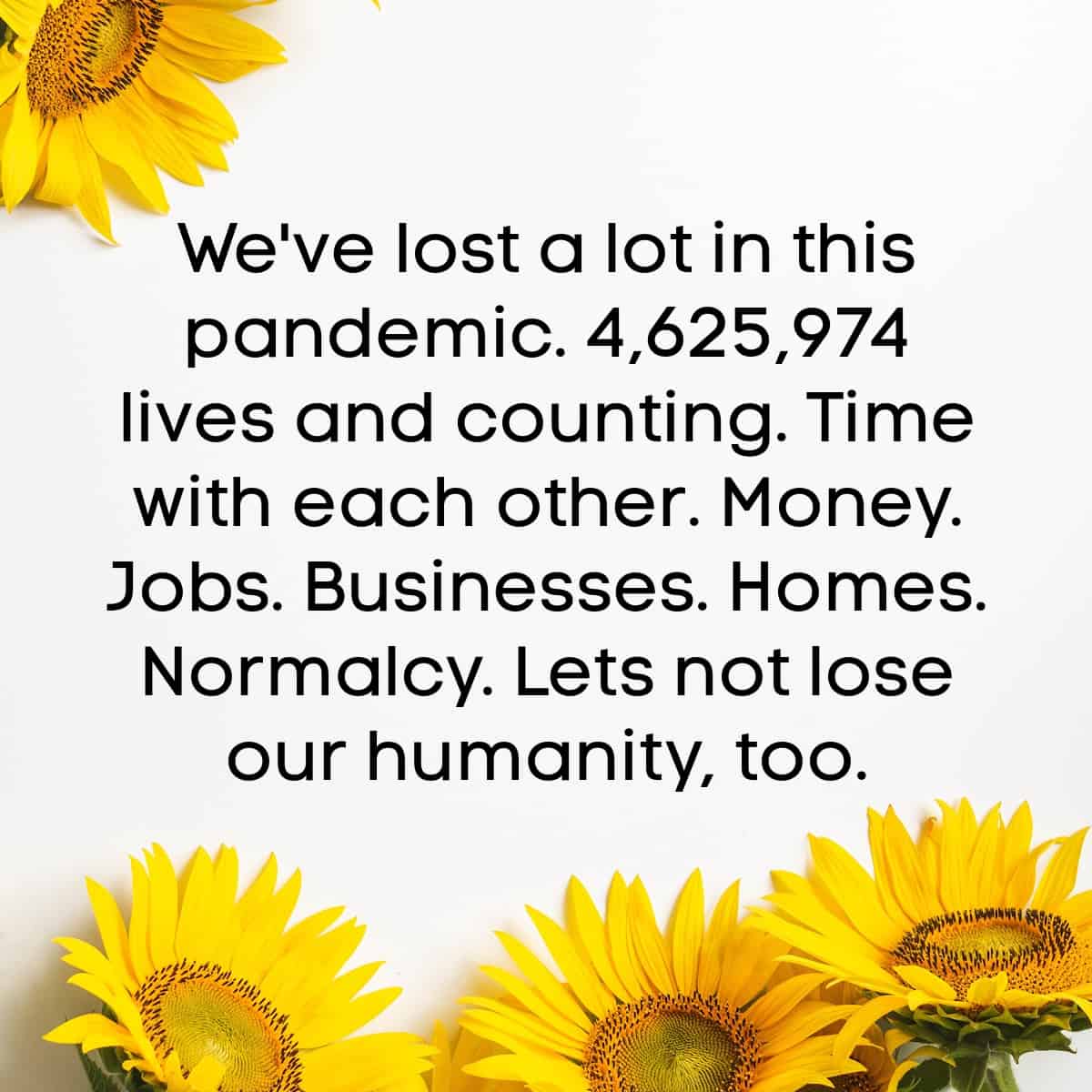 I have something that I really need to say. I know this isn’t my usual cutesy “10 blah blahs you’ll love if you’re a fan of blah blahs” type post. There are no affiliate links. No monetization. No SEO. Just a simple message that I want to get out, and I can since this is, after all, MY platform.

Here goes. Everyone- EVERYONE- is someone’s child. Someone’s loved one. Maybe think about that before you turn them into a meme to make a point. 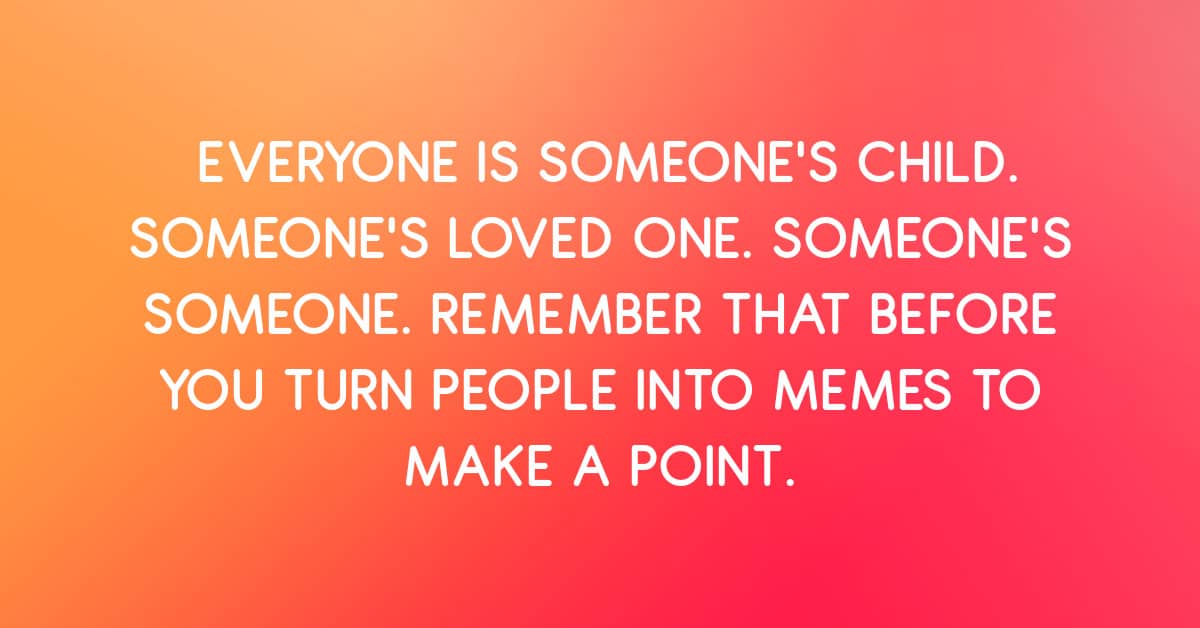 Now, some context. This past weekend, I was browsing Facebook and came across a post on a liberal group that I follow. Yes, I’m a liberal, in case you haven’t figured that out yet. 🙂 I usually like this group’s posts. They’re sometimes a bit on the edgy side. Sometimes they say things in a way I’d never say it. Overall, though, I find myself agreeing with most of their posts.

This weekend, though, I came across a meme that really had me questioning my “sides” humanity. On the top it featured the Veronica Wolski, the QAnon anti-vaxxer, anti-masker lady who, admittedly, was a pretty sad example of what a human being should act like. On the bottom, it showed a picture of her in the hospital, dying, with a snide comment insinuating that she deserved what she got. She’s dead now.

First of all, no one deserves to die like that. No one. There are people that I hate with a passion unrivaled by the greatest fire this world has ever seen, and I wouldn’t wish that on them. Suffocating to death is not a pleasant way to go.

Second, and most importantly, that woman is someone’s child. She’s someone’s aunt. Someone’s niece. Maybe someone’s mother. I don’t know. I didn’t really read her whole story. The point is, she’s someone’s someone. That someone is heartbroken right now. They may not have agreed with her, perhaps even cut all ties with her once she started showing the world who she really is. Nevertheless, no matter how they felt about her life, they are devastated by her death. And now they have to see her dying all over again every time they come across that meme on Facebook.

Someone said to me that people are just frustrated and exhausted. They’re not trying to be mean, but just tired of this pandemic going on and on because other people won’t do what they’re supposed to do. I’m tired of it too. I am so tired of it. So tired of everything.

We’ve lost a lot in this pandemic. 4,625,974 lives and counting. Time with each other. Money. Jobs. Businesses. Homes. Normalcy. Let’s not lose our humanity, too.