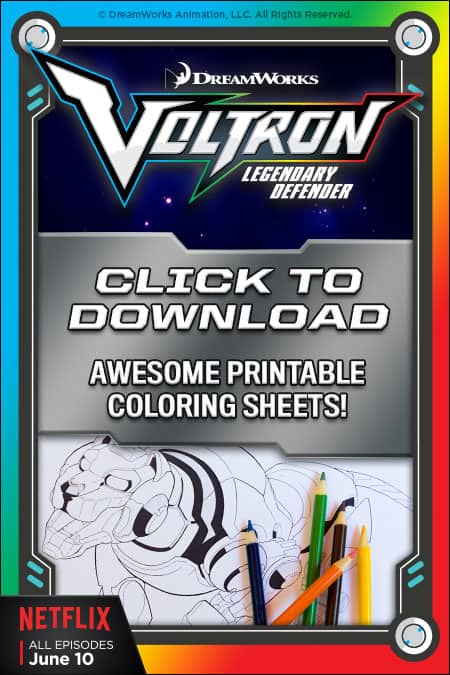 Remember Voltron? If you were a kid in the mid-80s, you might. I had a little brother, so I remember all the cool “boy” shows from back then: Voltron, Transformers, Thundercats. As much as I complained that it was my turn for the TV, I secretly liked his shows as much as mine. I also used to use his toys in a weird Barbie versus Robots mashup! Once, Barbie married a Thundercat, but that’s another story for another day. Today we’re talking about Voltron! The 80s are hot as far as cartoon reboots go, and Netflix is at the head of this trend. They recently rebooted another old favorite of mine, Popples. Now, on June 10th, they’ll begin their reboot of Voltron, kicking off with a one-hour origin story. They’ll follow that up with 10 22-minute episodes.

What is Voltron all about?

Five unsuspecting teenagers, transported from Earth into the middle of a sprawling intergalactic war, become pilots for five robotic lions in the battle to protect the universe from evil. Only through the true power of teamwork can they unite to form the mighty warrior known as Voltron.

The Stars of Voltron & Where You’ve Heard Them Before

Click the picture below to download 6 really cool coloring sheets for your kids (or you, no one will tell!).

Don’t forget to tune in to Netflix on June 10th for the premier of Voltron! I can’t wait to watch it with Jake. These reboots are such a fun way to bridge the generation gap. They always lead to fun conversations about my childhood. He thinks it’s weird that I was a kid once. I think our kids just imagine us as perma-adults or something!

How about one more sneak peek before we go?

Will you be tuning in to watch Voltron on Netflix? What other 1980s shows would you love to see them reboot?