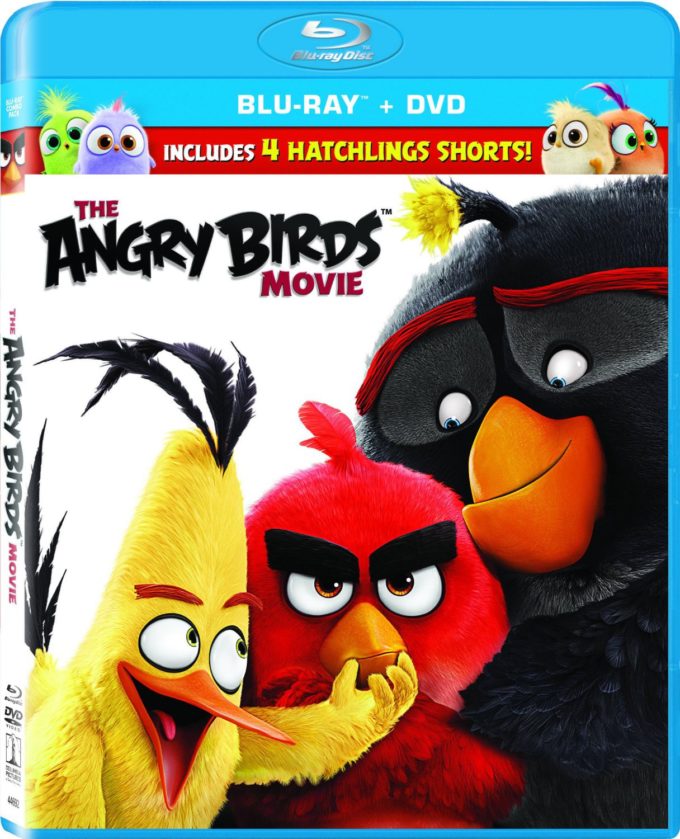 Jacob and I try to have as many mother/son movie nights as possible. He’s getting older now, which means two things. One, the days of him actually willingly spending time with me are numbered. Two: his choices in movies are so much cooler than they were when he was little! Don’t get me wrong, I loved some of those kiddie flicks! But a few of them, well, I could only take so much! The Angry Birds Movie, thank goodness, is one of those awesome movies that reaches across the gaps in generations and offers something for everyone. We received a complimentary copy of the movie for review. The Angry Birds Movie released on Blu-ray™ Combo Pack, 4K Ultra HD™ + Blu-ray 3D™ Combo Pack & DVD on Aug. 16. Jake couldn’t wait to watch it right away, but we had plans that night. He could barely wait until it got dark the next night! We popped our popcorn (after Jake checked the expiration dates on it, I swear, that kid is convinced that if something has been in our house for more than three days, it’s rotten), got our tasty beverages and settled in for hilarity.

I’m going to be honest here, I don’t really play the game. Jake has a ton of them on my phone, but I can never hit the little piggies and it makes me, well, angry. I do love the characters, though! Since I don’t play the game, I wasn’t sure what to expect out of the movie. I wondered, “how can they make an entire film out of a series of apps?” Surprisingly, quite well!

The Angry Birds Movie answers all the questions that people like me have about the motivation behind the app. Some people just play a game and enjoy it. Me? I want to know why are the birds are so mad? Why do the piggies keep stealing the eggs? Why are they using sling shots? Why can’t these birds fly? Yes, I know, it’s a game. It’s just supposed to be fun. I’m a philosophical type of girl, though. I think about everything.

The best part: the movie not only answers these questions, but it does it in an incredibly engaging and hilarious way. There are plenty of jokes that adults will absolutely get but those should glide right over your little ones’ heads. My son is 11. He did ask “what does that mean?” a few times.  The movie is rated PG, so there’s nothing bad in it. You may THINK you hear something inappropriate at one point, but he’s saying “pluck” or “plucking” I promise. As in “pluck my life.” Hilarious. I laughed my head off.

It also came with Angry Birds stick on eyebrows, but Jake is going to middle school and he’s really sensitive about any pictures that I post of him these days.

If you’re looking for a great movie to watch together on a mother/son movie night, definitely pick up The Angry Birds Movie! I recommend the Blu-Ray/DVD Combo, but you can also get it in other formats.

Have you seen The Angry Birds Movie yet? Who was your favorite bird?