Looking for a Good Shifter YA Fantasy? Check out The Genesis of Evangeline by Rachel Jonas! 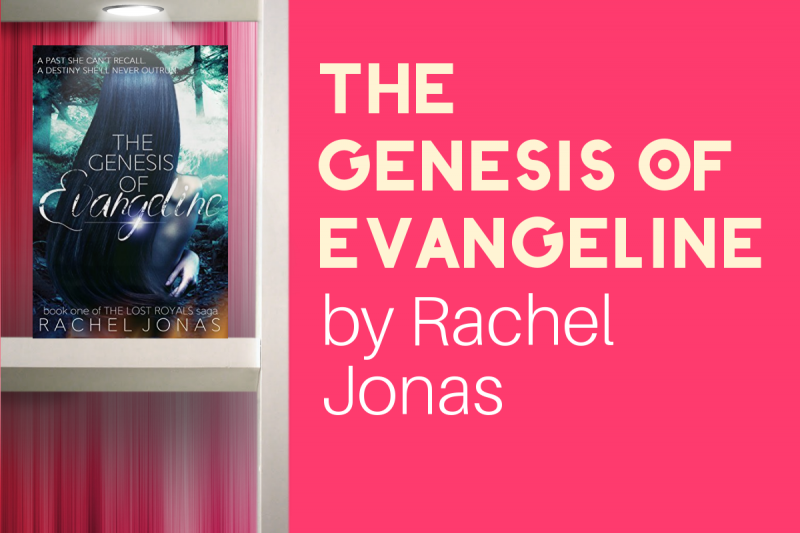 I just finished reading The Genesis of Evangeline (The Lost Royals Saga Book 1) by Rachel Jonas, and before I dive into the next one, I thought I’d take a few moments to share my thoughts on this fabulous shifter fantasy with you! First, let me say that I rarely read Shifter Fantasy. I’m not usually into werewolves (except Teen Wolf, I loved that show!) and, while dragons are cool, people who turn into dragons isn’t really my thing in YA fantasy. So, how did I end up reading a book that’s about both? Well, let’s just say never underestimate the power of an intriguing title!

Review of The Genesis of Evangeline

This post contains affiliate links. If you make a purchase through these links, I make a tiny commission at no extra charge to you.

It’s been a while since I’ve been inspired to write a fiction book review. I’ve had such a hard time getting “settled” with a book lately. You know, that feeling you get when you start a new book and it just clicks. You settle into your comfy spot and, before you know it, it’s way past your bedtime? It’s been eluding me so much when it comes to new books that I’ve just been re-reading old favorites, like Harry Potter.

I just renewed my Kindle Unlimited membership to check out a few blogging books, but I won’t feel like I’ve gotten my money’s worth unless I’ve read at least a few fiction books. I started and gave up on half a dozen novels this week because I just couldn’t get into them.  I was getting super frustrated, thinking I’d have to get my money’s worth by reading recipe books! (As someone who doesn’t cook, they’re what I like to call “cooking fiction”)

Needless to say, I went into The Genesis of Evangeline (The Lost Royals Saga Book 1) with relatively low expectations, so I was pleasantly surprised to find myself completely engaged and “settled” within just a few pages.

Slow and steady wins the race!

As other reviewers on GoodReads and Amazon have said, the book does start out a little slow and takes a while to get to the real meat of the plot. However, I didn’t really mind that. Slow and steady actually works for this book. It gives us time to connect to the characters and actually care about what happens to them. To understand who they are, their motivations, their quirks. There are also a few things that aren’t fully explained, but since it’s the first book in a series, I’ll wait to see if those ideas are fleshed out before complaining about them.

Mercifully, this is not an insta-love book. The romance between Nick and Evie develops at a realistic pace, as does the love triangle itself. Speaking of the triangle, I feel like even that was done well so far.

It’s not one of those  “Oh, I love Ed! Look how he sparkles, so beautiful! Oh no, Ed left me! I shall put myself into dangerous situations because hey, trying to kill yourself is the best way to get a guy’s attention! Oh, look, there’s Jay. Now I love Jay! Oh, wow, Ed’s back! Now I love Ed again…but maybe I love Jay! Woe is me! Which should I choose! I know, I’ll choose Ed, but we’ll have a baby that I can give to Jay! things.

Instead, it’s the result of genuine confusion, conflicting feelings, and realistic emotions. Well, as realistic as you can get, considering the background. I also love that the characters don’t just instantly believe in the supernatural. I get so frustrated when a character who is a self-proclaimed skeptic becomes a believer just because one little thing goes bump in the night. Nick and Evie come into it naturally (or supernaturally!). While that accounts for the slow pacing, it also makes the unreal seem just a bit more real.

The book is also very well-written. For the most part, the characters say and think things that real teenagers would say and think (with the exception of the lack of swearing, but hey, that’s okay; teens who don’t swear need books too, right?) There were a couple of jarring typos or confusing word choices that pulled me out of the story briefly. Very minor issues, considering some of the books out there. “Now or ever,” instead of “now or never.” “Since” in place of “sense.” Like I said, relatively minor, and relatively few. Even books written by huge authors with editors and a publishing house behind them have typos.

Overall, I really liked this book, enough to give it a 4/5 rating,  and I’ll be reading the second one tonight!

I originally shared this review on GoodReads. I’m always looking for new friends, so check out my profile and send me a request!