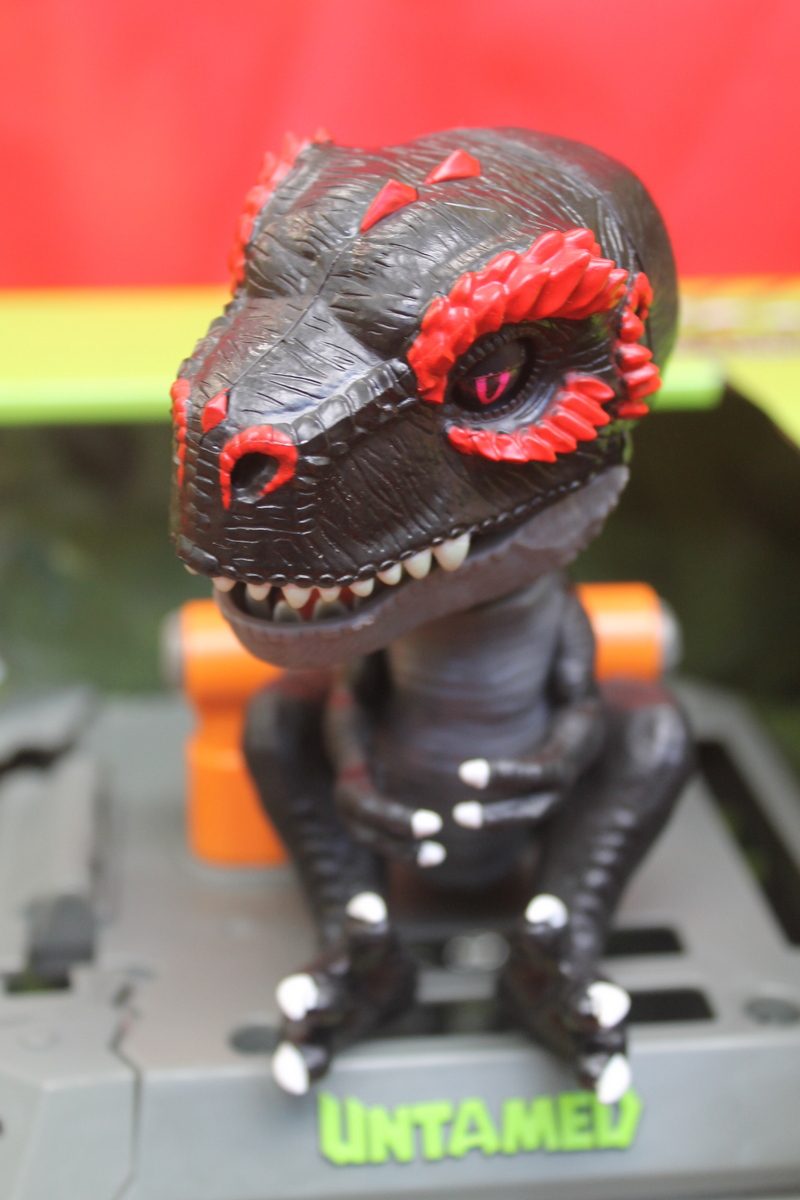 Looking for a ferociously awesome holiday gift idea for kids who love dinosaurs? Fingerlings just released their brand new Untamed Jailbreak Playset, featuring Infrared T-Rex, and it is definitely a HOT new toy of the season! The best part? It costs under $20! *WowWee gave me a complimentary Untamed Jailbreak Playset in exchange for sharing the news. All opinions are my own.

The holidays are like RIGHT HERE, my friends! While I haven’t exactly started my shopping yet, I am in the process of making lists for everyone in my life, including my niece and nephew. My nephew really loved the Untamed T-Rex that I told you about back in August, so I know he’s going to adore this playset! Check out all the awesome features, plus find out where you can get yours!

As you may recall, Fingerlings Untamed dinos can get a wee bit ferocious (in a totally fun way) depending on how you play with them. Sometimes, they need a bit of a time out! That’s where the Jailbreak Playset comes in handy. Just beware, though, there’s a reason it’s called Jailbreak! T-Rex isn’t exactly a fan of being caged, and he’ll do anything possible to escape. If you pull the lever, Infrared will bust right out of his confines! The cage requires batteries, but don’t worry, they’re included!

Check out this video from TTPM, then we’ll talk a bit more about Infrared!

Like his pal Scratch, Infrared responds to your child’s actions with over 40 different sounds, including roars and chomps. Also like his other friends, he can go from tame to untamed in a flash, depending on what you’re doing with him. Hang him upside and watch him freak out, or turn him right side up and pet him gently to tame the savage beast!

He has red eyes and super cool glow-in-the-dark teeth, which I discovered totally by accident when I left him out on my bedroom table! There’s nothing like seeing unexpected glowing chompers when you turn off your bedroom light! FYI, he is exclusive to the Untamed Jailbreak Playset. Untamed Jailbreak Playset featuring Infrared T-Rex is available at Walmart as of today. He is selling out fast, so you might want to grab one now! When I checked, there were still some available. Note that the retail price is $19.97. I am already seeing the playset going for twice that from 3rd party sellers on some websites. 🙁

As with all Fingerlings toys, the Untamed Jailbreak Playset has enormous replay potential. It’s not a toy that kids play with once and forget about. Since it works with the other Untamed dinosaurs, your child could theoretically build themselves an entire dinosaur park!

Head over to WowWee’s Fingerlings Untamed website to check out all the features of Untamed dinos and find out where to buy them. Join the conversation and check out reviews from some of my other fellow bloggers by following the hashtag #TheUNTAMED.